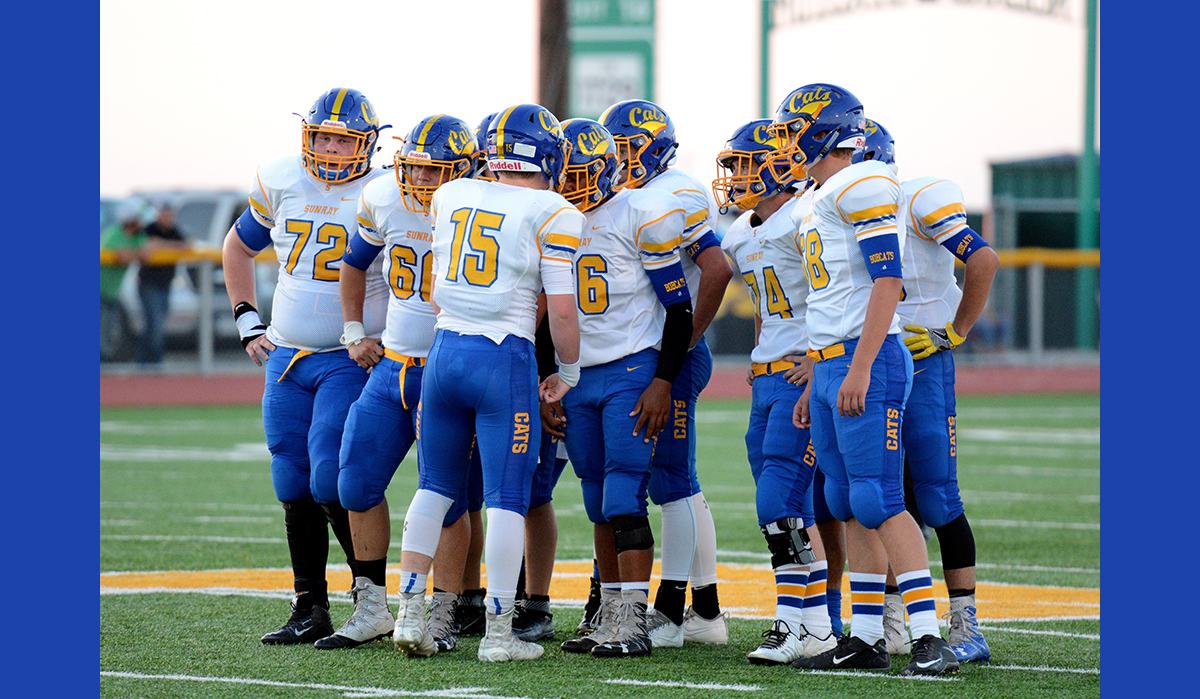 The game played at Bobcat Stadium on Friday was a tale of two halves. Sanford-Fritch used a strong running game and line play to take an 18-8 lead into halftime. Sunray’s coaching staff made some key adjustments, and the Bobcats played inspired football to completely dominate the Eagles in the second half. The Bobcats put 28 points on the scoreboard in the second half. More importantly, Sunray’s offense used multi-play drives to score and used up most of the second half clock, keeping the ball out of Sanford Fritch’s hands.

Sunray took the second half kick and used over seven minutes of the clock to go 14 plays to score. Kason Scroggins ran a quarterback keeper to score from the 5 yard line. Luis Cadena added the point after, and Sunray was back in the game. At that point, the Bobcat defense took control of the game.

On their second play after the Sunray kickoff, the Eagles fumbled the ball, and the Bobcats recovered at their own 48 yard line. The Bobcats then went 52 yards in 10 plays to score again. Brotherton scored from a yard out. Cadena ran in the two-point conversion. With the two scores, the Bobcats used over 13 minutes of the clock and built a 23-18 lead. Sanford Fritch then went three and out and punted to Sunray. The punt was in to a strong wind, and the Bobcats took possession at the Eagle 15 yard line. Wyatt Henry covered the 15 yards in one play to score.

The Bobcats failed on the two-point conversion but led 29-18. The Eagles would fumble away the ball twice more. Sunray took advantage of one of the miscues to score their final touchdown. Henry again scored, this time from 14 yards out. Cadena added the kick, and Sunray brought the final score to 36-18. 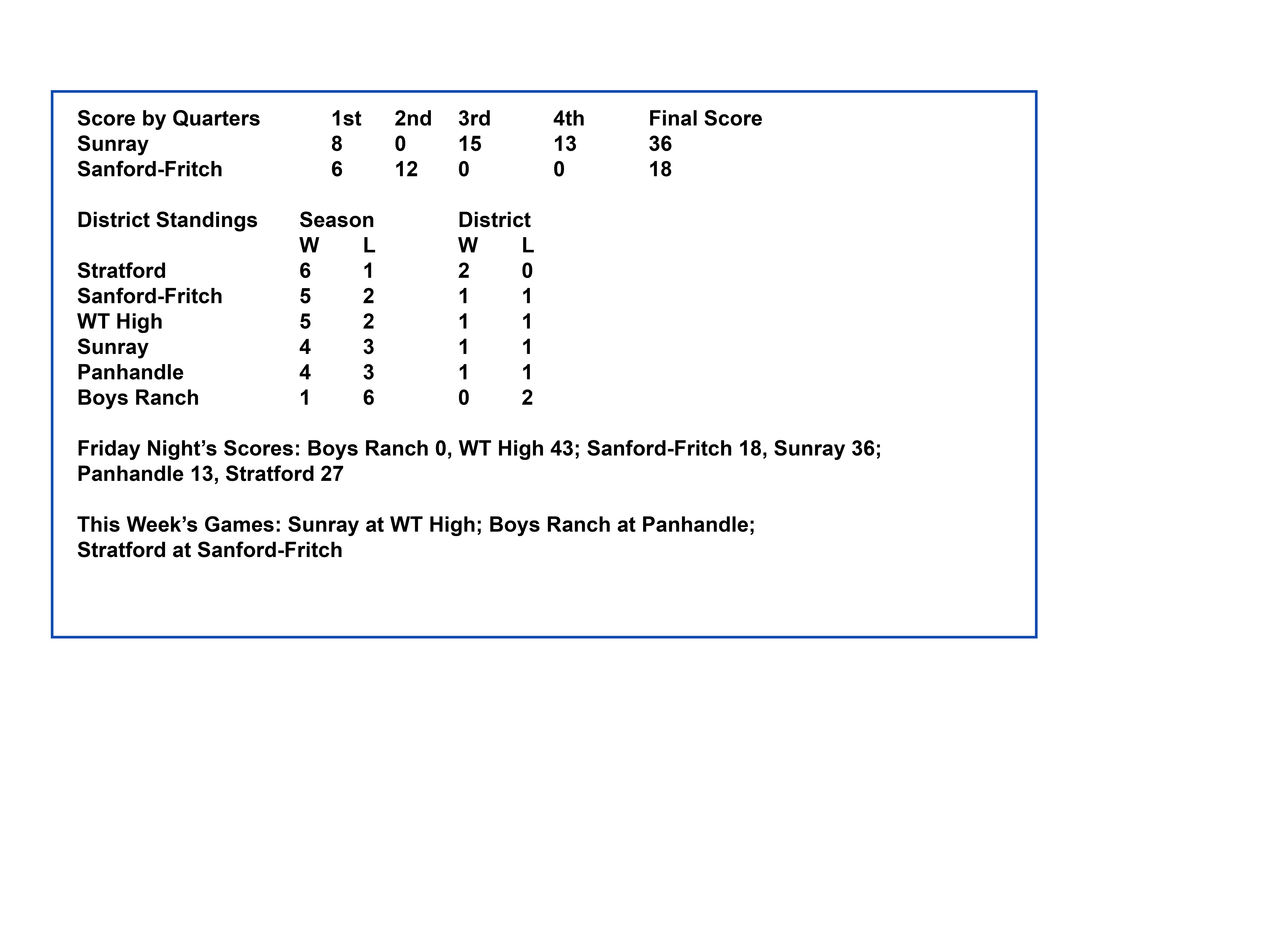