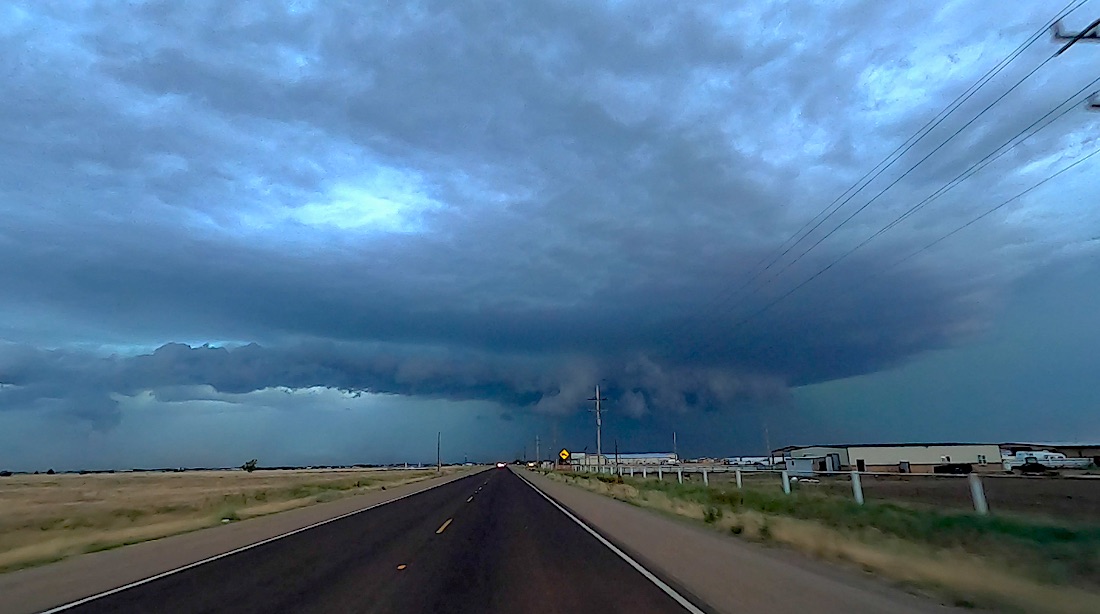 Severe thunderstorms rolled through Moore County on Monday evening dumping close to 4 inches of rain in parts of Dumas causing flash flooding in the downtown area and in some residential neighborhoods. A video of a man kayaking down a residential street in Dumas was posted to Facebook shortly after the storms had passed.

According to official NOAA rainfall data, Moore County has received only 3.15 inches between January 1st and June 18th of this year. The average historical year-to-date for Moore County for the same period stands at 7.42 inches. Official Moore County totals for Monday evening had not been released at the time of this article’s original publishing.

Despite the flash flooding of Dumas streets, many vehicles could be seen driving through deep water around town. At least one vehicle appeared to be stalled due to the water as two Dumas Police officers pushed the vehicle and driver to safety.

Complaints posted on social media stated that waves from the cars driving down residential streets were washing up to the front doors of some homes while others posted about their homes being flooded. Dumas police were dispatched to at least one neighborhood where they had received complaints of homes flooding.

The rainfall comes at a critical time. Moore County has had a burn ban in effect since November of 2019 leaving the area at critical fire danger levels for months. The current situation has caused concern for some Moore County residents with the upcoming fireworks season which begins June 24th and ends at midnight on July 4th.

As recent as June 16th a grass fire driven by high winds burned several hundred acres west of Dumas in a short time period and threatened homes. The fire briefly shut down east/west traffic on US-87 between Dumas and Hartley.

As widespread critical fire weather conditions persist across the area, the region is in desperate need of more moisture. This recent storm brought some short term relief at the beginning of the fireworks season but Moore County needs to catch up on much-needed rainfall.