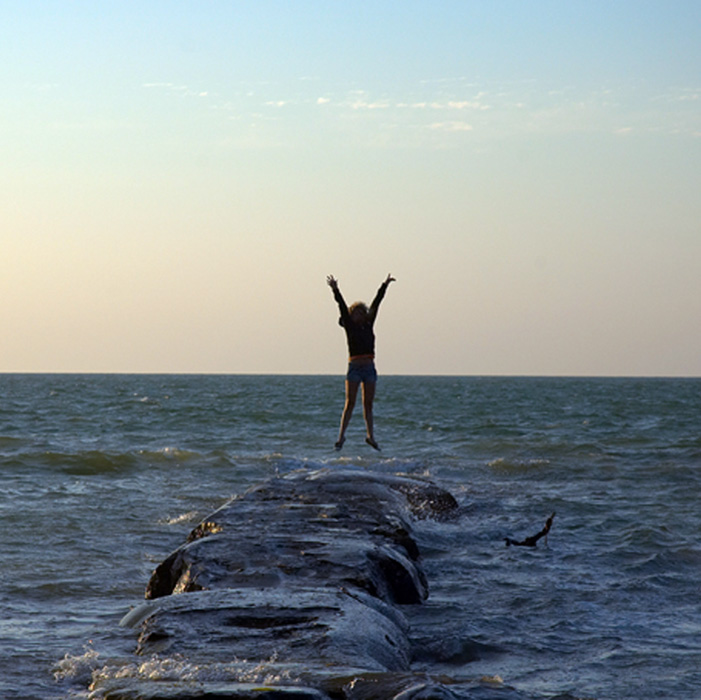 I joke with my friends that I have the frequent flyer miles to prove how many times I’ve been to hell and back. Sometimes my descent was at warp speed; other times I dropped slowly into the fissure, which was a much more painful journey. When you plunge into darkness, you don’t have time to think about it, but floating down into it lets you see all the horrors waiting for you. It’s like being lowered into a volcano, inch by inch.

But there are always positives to any bad experience if we never lose hope of an emotional resurrection. The flames of those hells toughened my hide, and it now takes a strong arrow to penetrate it. When you have a past like mine, a tough hide is the only way you can survive.

There’s a song whose lyrics I love. “I can see clearly now, the rain is gone. I can see all obstacles in my way.” The rain truly has disappeared, but it took many years, and some medication, to dispel it. Four years ago, I realized that honesty is the most powerful weapon to banish the storms. It opens our lives to the light and restores our souls and hearts to the healthy state they were meant to be. Without honesty, without accepting responsibility for our well being, there absolutely can be no healing. Believe me. I spent decades trying to recover my sanity without being honest about the reality of mental disease.

Every day, I read the memes people post on Facebook. So many of them are words of truth, and we feel good saying and reading them. But doing only that is like having diabetes and only looking at the insulin. Looking at the medicine won’t do a diabetic a bit of good. You have to get that stuff inside your body for it to work. It’s the same with those feel-good memes. Those words have no power unless you commit to living their truths. What good will the sun do you if you never leave your house and never open the curtains to at least let it in. Living in emotional darkness will straight up kill you — and it’s that death that comes from being lowered slowly into the volcano.

I take medication for bi polar disorder and PTSD. Without it, I’m doomed to take another trip to hell, and it’s not a place I’ll go willingly ever again. No, sir. If I go, it’ll be only with me kicking, screaming and clawing. Unfortunately, there are many, many people who suffer from mental diseases and won’t take medication. Some of them won’t take it because they believe that admitting they have the disease will expose them to being shunned. Others don’t have any support system because they’re surrounded by people who don’t believe mental disease is real. Anyone who believes that should have to deal it with for just one hour. They’ll change their minds after the first 10 minutes.

I’m open about my bi polar disorder and PTSD because I want people to know there is hope for a life of peace. I’m open about the disordered life I lived when the illness wasn’t treated. It wasn’t pretty, and it’s not always easy to discuss, but I have to. It takes courage to live honestly. It’s easy to go to hell in a hand basket, but it takes monumental strength to fight the tides that want to pull you out into a sea of destruction, especially if no one is throwing you a life line.

So live like the memes you post. Think about them before you share them. If you’re not committed to living the words, then don’t fill up your Facebook timeline with them. They mean nothing when you regurgitate them. I read one this morning that said, “What defines us is how well we rise after failing.” But the person who posted it has no intention of rising. Get up for pete’s sake, even if all you can do is raise your face to the sun. Lift up something, anything, and the strength will come. I promise it will come.

I tell people my life is an open book. It has to be. My past is full of stories that would give Dr. Phil a year’s worth of shows. But being honest about them means I have control over them. Opening those stories to the cooling air of truth stops the molten mess from moving another inch. It takes time for the temperature to drop, but given enough time, given a commitment to being honest will make it happen. Also, and this is important, by being honest, I take the power away from people who want to use the past against me.

At a time when we’re making resolutions, make one to live honestly. Because you know what? All the mess we hold inside and try to keep a secret will seep out some way or another through the things we say and the things we do. Believe me, when that happens, the only person who can’t see what you’re about is you.

I hope the coming year is a prosperous and blessed one for all. Leave your baggage from the past and sing with me, “I think I can make it now, the pain is gone. All of the bad feelings have disappeared. Here is the rainbow I’ve been praying for.”