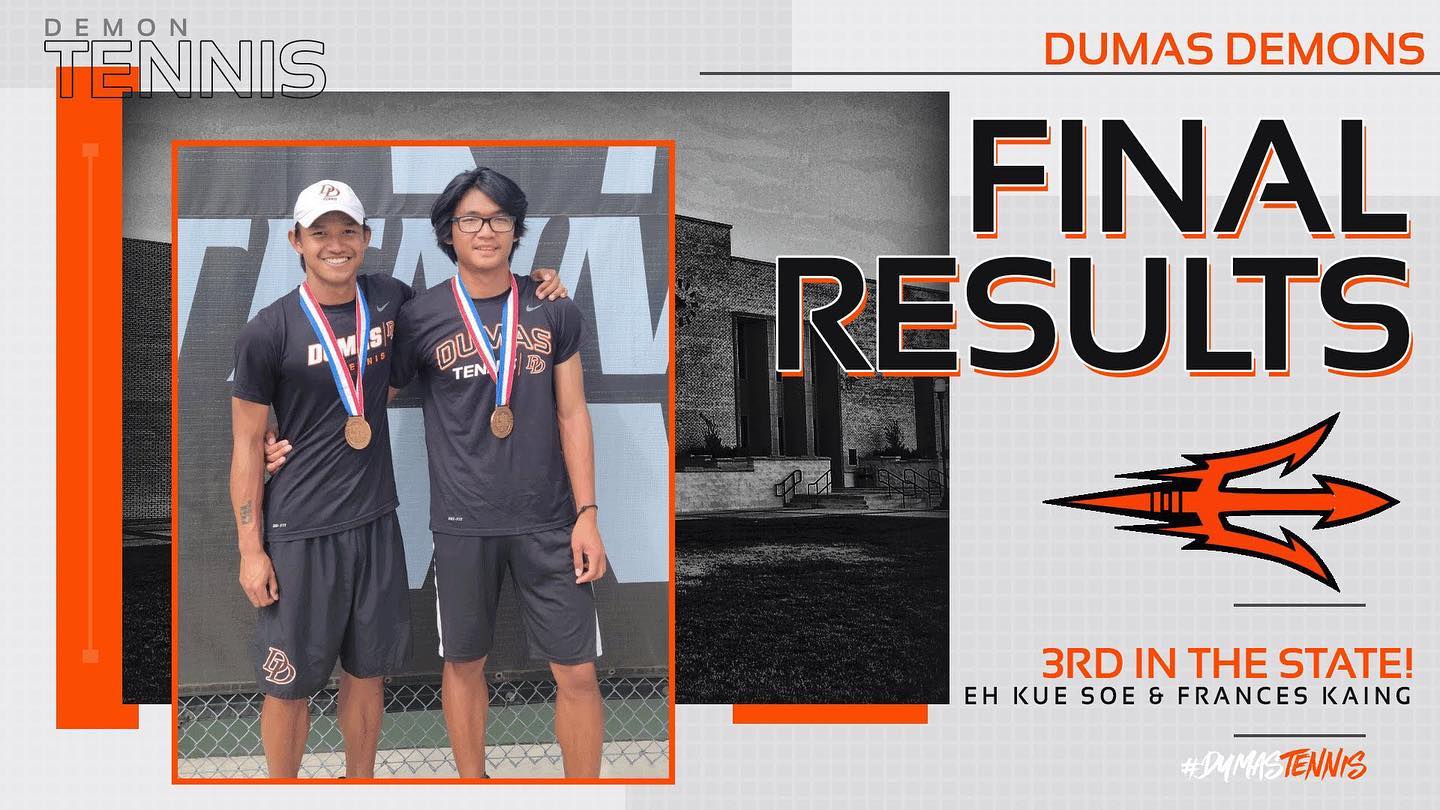 The Demons finished two points behind Big Spring with 126 points and qualified an array of student-athletes for the Region I meet this weekend at PlainsCapital Park.

Oliver Ortiz won the gold medal in the 400-meter run, and Lance Ottinger took the gold in the pole vault. The 1600-meter relay team of Ortiz, Brayden Boggs-Rushing, and Emmanuel Ibanez captured first place with a time of 3:18.32.

Ibanez also advanced to the regional meet with a fourth-place finish in the 400-meter race, while Jace Harris placed fourth in the pole vault event.

Speedy Hunter Coaly finished second in the 100-meter dash with a time of 10.86, and speedster Juan Romero claimed bronze in both the 110-meter and 300-meter hurdles to qualify for regionals.

Dalton Leven finished third in the discus event with a throw of 134-11, and Aaron Lawrence came in third place in the high jump competition to advance to the regional meet.

Brayden Boggs-Rushing advanced to regionals with a fourth-place finish in the triple jump event, while Noah Williams placed third in the 1,600-meter run, and David Valdez came in fourth in the 800-meter run.

The Demons’ 400 and 800 relay teams finished second and third, respectively, to advance to the regional meet this weekend.

The Demonettes finished fourth at the Area Meet and were led by senior Karina Puentes, who qualified for the Region I Meet this weekend in three events.

Puentes finished second in the long jump event with a leap of 17-1¾, and placed third in the 100-meter dash with a time of 12.63. She also joined Michelle Loya, Rylee Schacher, and Natalie Vera on the 800-relay team that finished third.

DUMAS, TX – The Dumas Demons plated nine late runs to capture an 11-4 victory Tuesday over the Pampa Harvesters in a District 4-4A matchup at Dumas High School. The two squads will battle again Friday for the district’s runner-up spot at 6 p.m. at Stinnett High School.

Dumas (11-14, 6-4) broke a scoreless deadlock with a run in the third, and added another score an inning later to make the score 2-0. The Demons broke open the game with five runs in the fifth, and four more runs in the sixth to claim their third consecutive win.

Shortstop Jacob Saenz scored three runs and put together a 3-for-3 effort that included an RBI double and a solo home run.

Jesus Rodriguez homered and the Demons capitalized on six free passes to rout the Bulldogs last Friday in a District 4-4A encounter at Borger High School.

Rodriguez went 2-for-3 with a walk and three RBIs, while Cade Torrez and Aiden Gutierrez had two hits apiece and combined for five runs and three RBIs.

LITTLEFIELD, TX – The Dumas Demonettes will open the Class 4A Bi-District Playoffs Thursday at 4:30 p.m. against the 19th-ranked Big Spring Lady Steers at Littlefield High School. Game 2 of the best-of-three series is slated for Friday at 4:30 p.m. If necessary, Game 3 will take place 30 minutes after the second game.

Dumas (22-12, 4-6) finished in fourth place in District 4-4A and is led by 2021 All-State and District 4-4A Offensive Player of the Year Melaney Granados. The senior infielder, who clubbed nine homers as a junior, enjoyed another stellar season at the plate.

The Demonettes have lost five of their last seven games and will be squaring off against a Big Spring squad that has outscored its last five opponents by a margin of 68 to 11.

Big Spring (19-6-1, 9-1) won the District 3-4A title with nine wins in 10 district games. The Lady Steers are paced by senior hurler Vanessa Viasana, who was a First Team All-District selection as a junior.

The Lady Steers are riding a seven-game winning streak and have limited opposing teams to three runs or less in 19 games this season.

The Lady Bulldogs used an eight-run second inning to defeat the Demonettes in the regular-season finale. Borger (13-8, 6-4) clinched third place with the win, while Dumas (22-12, 4-6) advanced to the postseason as the fourth seed in District 4-4A.

Melaney Granados went 3-for-4 with a pair of doubles and five RBIs, and the trio of Hannah Hernandez, Jessa Fry, and Katie Contreras collected two hits apiece.

Kaing and Ku Soe rallied from a set down in the quarterfinals to oust Kaufman High School’s Cristian Gutierrez and Kayden Lengacher, 1-6, 6-1, 6-4, to advance to the semifinal round.

Cooper Doss and John Moore of Wimberley High School knocked off Kaing and Ku Soe, 6-1 and 6-0, to reach the championship match.

LUBBOCK, TX – The Dumas Demonettes wrapped up the 2021-22 golf season with a 10th place finish at the Class 4A Region 1 Golf Championship last Tuesday at the Shadow Hills Golf Course.

Dumas’s golfer Kylee Parks was unable to compete due to an illness.