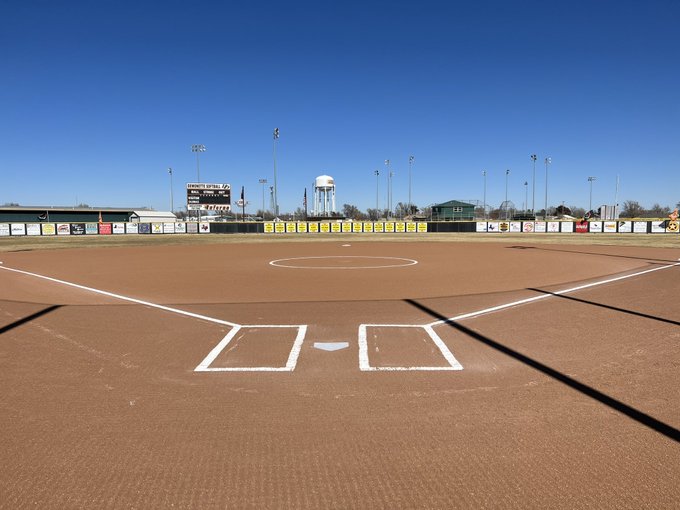 DUMAS, TX – The Dumas Demonettes slipped past the Pampa Lady Harvesters on penalty kicks Tuesday in a District 4-4A encounter at Demon Stadium.

The two squads battled to a 3-3 deadlock in regulation time before the Demonettes won the tiebreaker with a 6-5 advantage in penalty kicks.

Dumas (3-9-3) will travel to Borger Tuesday for a 5 p.m. district clash with the Lady Bulldogs.

CANYON, TX – The Demonettes suffered a road loss to the Lady Eagles Friday in a hard-fought district matchup at Canyon High School.

Dumas, which lost 6-0 to Canyon at Demon Stadium on Feb. 15, was paced by junior Arisbeth Loya, who scored both goals for the Demonetttes.  Junior Yassmin Marchan tallied both assists for the visitors.

DUMAS, TX – The Pampa Harvesters broke open a scoreless contest with two second-half goals to defeat the Dumas Demons Tuesday in a District 4-4A matchup at Demon Stadium.

The two squads battled to a scoreless deadlock at the end of the first half, but the Harvesters broke through with a goal at the 36:50 mark in the final half.

Dumas almost knotted the score at the 24:36 mark but was denied by a diving save from the Pampa goalkeeper.

The Demons missed a golden opportunity to tie the game with 18 minutes left on the clock as the visiting goalie made a pair of saves.

Pampa clinched the district win at the 6:32 mark with a nifty goal to defeat the Demons for the second this season.

Dumas will host the Borger Bulldogs at 7 p.m. Friday at Demon Stadium.

DUMAS, TX – Ish Marchan scored the lone goal with an assist from Noe Estrada to help Dumas clip the Eagles for the second time this season.

The Demons, who crushed Canyon 5-1 on the road on Feb. 15, overcame a regrouped Eagles’ squad to snap a two-game losing skid.

Granados tallied her sixth home run of the young season, and the Demonettes collected 23 hits in five innings to notch the non-district victory.

The three-day tournament was co-hosted by Midland High and Legacy High, and raises funds for both Midland ISD softball programs.

Dumas opened the tournament with an 8-1 victory before suffering a 5-0 setback against Lubbock Coronado. However, the Demonettes racked up three consecutive victories to improve their mark to 4-1 before ending the tourney with a 5-0 loss to Midland Lee.

The Demons started the three-day tourney off on a winning note with a 6-3 win over Lubbock Estacado. But the Demons were dealt a loss by Lubbock Trinity to finish the opening day with a 1-1 card.

Dumas notched its second win of the tournament with a 10-8 victory against the Lamesa Tornados, but finished the tourney with a loss to the New Home Leopards.

The Demons will open the Levelland Tournament on Thursday with two games against the Pecos Eagles and the Shallowater Mustangs.