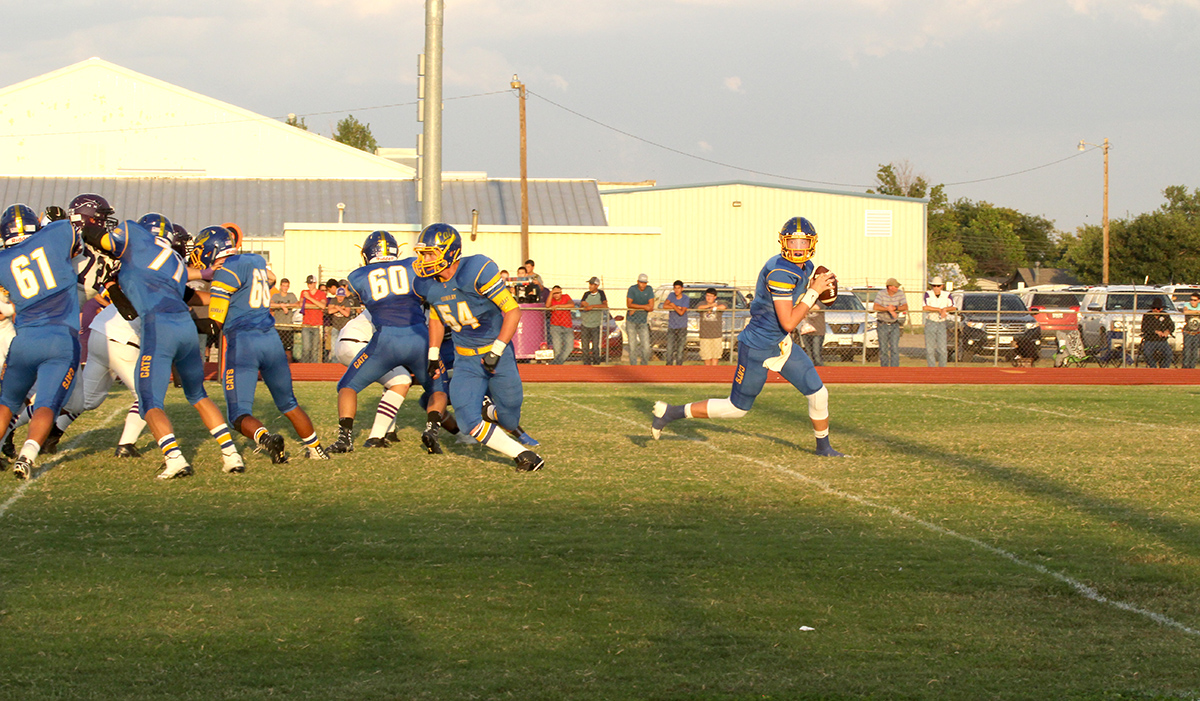 The Spearman Lynx used a strong, methodical rushing attack to power past the Sunray Bobcats 43-15 at Bobcat Stadium. The first quarter was dominated by Spearman’s offense as they consumed most of the first quarter on a 52-yard, nine play scoring drive. Trenton Baird capped off the drive with a 9-yard touchdown run. The point after failed, and Spearman lead 6-0.

Sunray took the ensuing kickoff and drove 81 yards, with Luis Cadena finding room around right end, racing 44 yards for the touchdown. Cadena added the extra point, and Sunray lead 7-66. On Spearman’s next possession, the Lynx put together another time-consuming drive, moving 85 yards in 12 plays to score.

Cristian Valles scored from 5 yards out to put Spearman back into the lead. The point after again failed, and Spearman lead 12 -7. Later in the second quarter, Spearman scored on a two- play 50-yard drive. Lane Farrar scored from 35 yards out. The point after failed, and Spearman lead 18-7. That was the half time score. The game was delayed about 45 minutes at the half due to lightning in the area.

Sunray kicked off to Spearman to start the third quarter, and the Bobcats stopped Spearman, forcing them to punt. Sunray then used a three0play, 50-yard drive to score. Xavier Jiminez ran the final 35 yards for the score. Sunray used a Kason Scroggins to Josh Pipken pass to complete a two-point conversion, making the score Spearman 18, Sunray 15. On the ensuing kickoff, Lane Farrar received the ball, ran to the right sideline,and went 92 yards for a Spearman touchdown. The point after attempt failed, and Spearman lead 24-15.