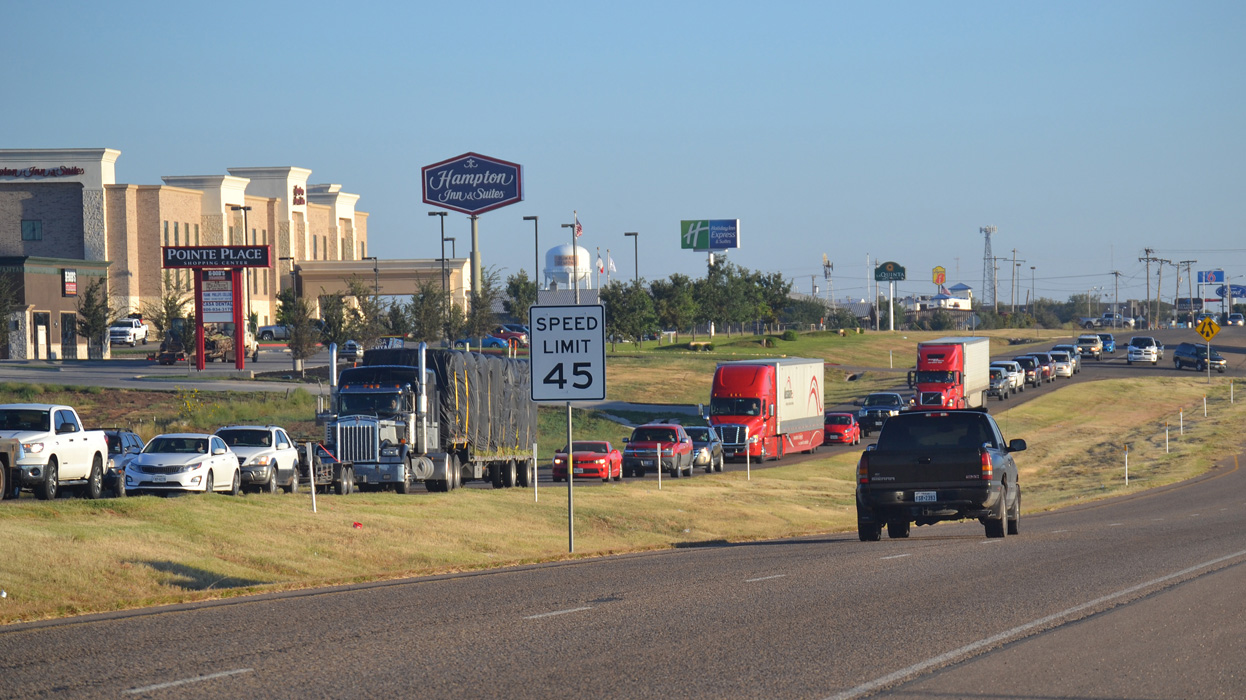 Above: Traffic on southbound U.S. Highway 287 was backed up Friday morning due to the highway being closed after a fatal accident about five miles south of Dumas. (Steve Ramos/Moore County Journal)

At about 6:51 a.m., 28-year-old Abdulkarim Omar Adam was driving north when, for unknown reasons, he crossed the center median, and hit a 2015 Chevrolet pickup driven by 39-year-old Jonathan Samuel Wallace of Dumas who was traveling south. Adam was driving a 2006 Toyota Camry, and he was pronounced dead at the scene. Wallace was transported to Memorial Hospital in Dumas with minor injuries. Both drivers were wearing seatbelts, and the accident remains under investigation, the report said.

THE ORIGINAL STORY IS BELOW:

Law enforcement officials closed the southbound lanes of U.S. Highway 287 south of Dumas due to a fatal accident early Friday, the Texas Department of Public Safety reported. Traffic was diverted around the crash, but officials reopened the highway about 8:45 a.m.

Officials are advising drivers to be observant of emergency personnel in the area.

The accident occurred about five miles south of Dumas, the report said. The Moore County Journal will update the story as information becomes available.