Home OPINION Sometimes you have to go to the rear, regroup and rest —... 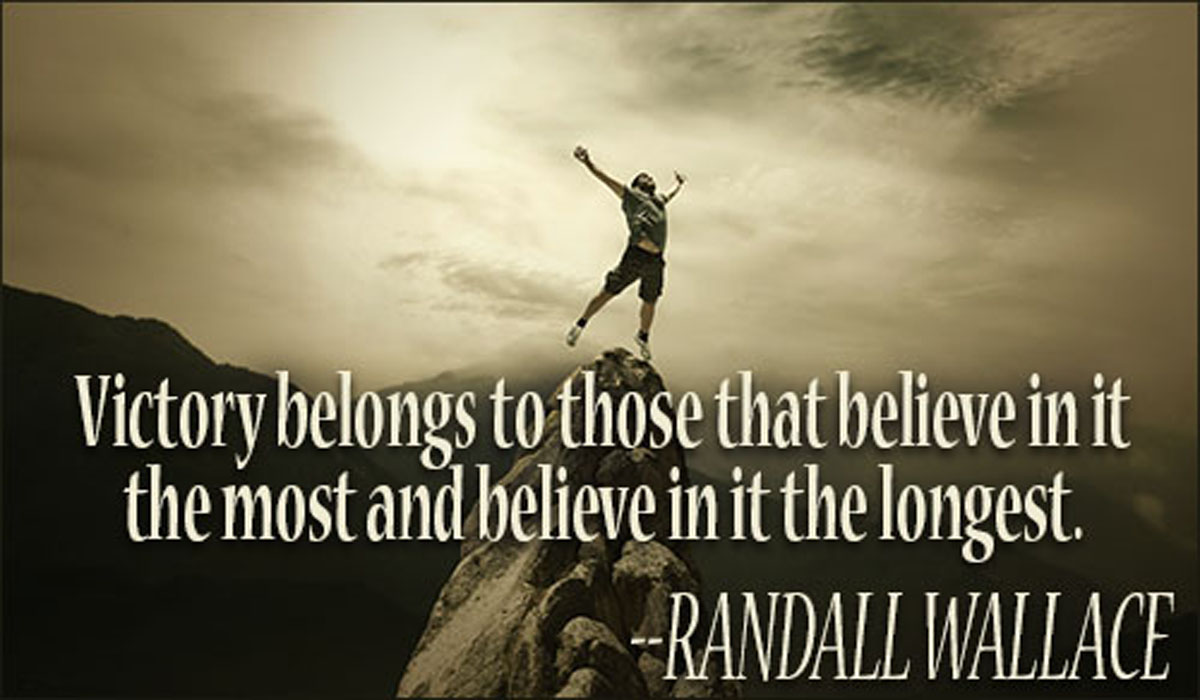 There’s a difference between a victor and a winner. Both of the titles are awarded to someone who crosses a finish line of some sort or reaches a goal ahead of the competition. Sometimes you compete against yourself to push past a former accomplishment, to become better and stronger.

A victor is more than a winner, though. It suggests the person not only crossed the finish line or reached a goal but did so after overcoming a major obstacle. Think of a mountain climber scaling Mount Everest with one leg. A winner does it with two, but only the most intrepid of climbers, the most determined can do it with one. Arunima Sinha did it in 2013, the first female amputee to do so. She was a nationally ranked athlete until she was pushed out of a train by thieves as they attempted to steal her bag and gold chain. One of her legs was amputated below the knee, but that didn’t stop her from later tackling Everest. That’s a victor.

At the risk of coming across as an egotist, it’s my hope to be a victor. I am where I am because I never stopped believing I could succeed no matter the past’s baggage and its weight that sometimes felt crushing. That’s one of the differences between a victor and a winner. You take what life handed to you and run forward no matter the weight strapped to your back, how many limbs you have or how many people think you can’t do it. We sometimes create our own obstacles, but you accept responsibility for it, dust your britches off and merge with the traffic again. You’ll be dented and wobbly, but you keep moving until you finally pull ahead of everyone.

I’ve laid low the last couple of months, but I didn’t quit the Journal; I didn’t stop moving forward. Instead, I’ve been working on the website’s redesign to make it more hack-proof. The website was taken down more than once, so I believe this will thwart future efforts. It also will look better and contain more information. I was hoping to return to the Journal when the website is finished and on its anniversay, but that could be a couple of more weeks, and I don’t want to wait that long.

The Journal turned two years old Sunday, and believe me, there were plenty of times I wanted to quit. It’s difficult to get a business going, and that difficulty is magnified when people want you to go out of business. I won’t rehash the theft of my equipment, but there’s no doubt it was done to shut me down. They don’t know you can’t stop someone determined to be a victor. You can slow them down, but you can’t shut them down. To quote Cher, “I’ve been brought down to my knees. I’ve been pushed right past the point of breaking … but you haven’t seen the last of me.”

I made plenty of mistakes the last two years, and I’ve used the down time to take an honest look at why I made them. An incredible friend keeps holding me accountable and frequently hands me a candid assessment of my tendency to respond too quickly and too harshly when I feel threatened or when I see something happening I consider to be wrong. Another close friend has threatened to take my keyboard from me until I calm down and can write something not based on emotion but on rational and careful thought. They have both helped me grow and be a better person and journalist. I will forever be grateful.

To the people I have hurt, failed or let down the last couple of years, I am deeply sorry. I don’t want to make excuses, but I was exhausted and sometimes even close to a meltdown. I didn’t know that until someone asked a friend if I was OK. I wasn’t, really. Almost two years of working at least 16 hours a day, no salary and dodging grenades did a number on me. I needed the rest.

Good things have happened during that time. Income won’t be too much of a problem until the Journal gets on its feet and can make me a millionaire. Well, at least let me buy a tank of gas now and then. After years, decades really, of resisting filing for VA disability I finally did. It sill makes me feel less of a victor, but the wonderful people at the VA nudged me and provided me with amazing assistance. I’m also indebted to Rep. Mac Thornberry. I believe his office’s assistance expedited the process, and I’m grateful to them. Long story short, I was recently rated with a 70 percent disability, which will provide something of an income. I’m feeling better about it. I did serve in the military and did sustain substantial injuries that have lingered. That should be worth something. The people who stole my equipment will know all the details. They also took a file that contained all of my military documents. Happy reading.

I don’t want to make this long, but just know I haven’t gone anywhere, and unless someone pushes me out into traffic so a semi will run me over, I’ll be here. I hope that didn’t give anyone ideas about how to do away with me. The Journal has an incredible amount of supportive readers, and I thank y’all for that. It’s a good feeling to see the Journal’s pictures all over the place and to hear compliments about the writing. With the help of friends who hold me accountable and who sometimes have to get the whip and chair out to put me in my place, I’ll do better. The Journal will be stronger because I’m determined to be stronger and more responsible. The financial weight is lifted, and the energy required to deal with that stress can be used productively.

Most importantly, I’ve learned that I’m not the topic of everyone’s negative conversations and to stop being so paranoid. It’s narcissistic to think everyone is occupied with thoughts of me, so I’ll go about my business trying to act like I’m about as important as a metal pole.

But just remember, if you run into a metal pole, you’ll sure know it.