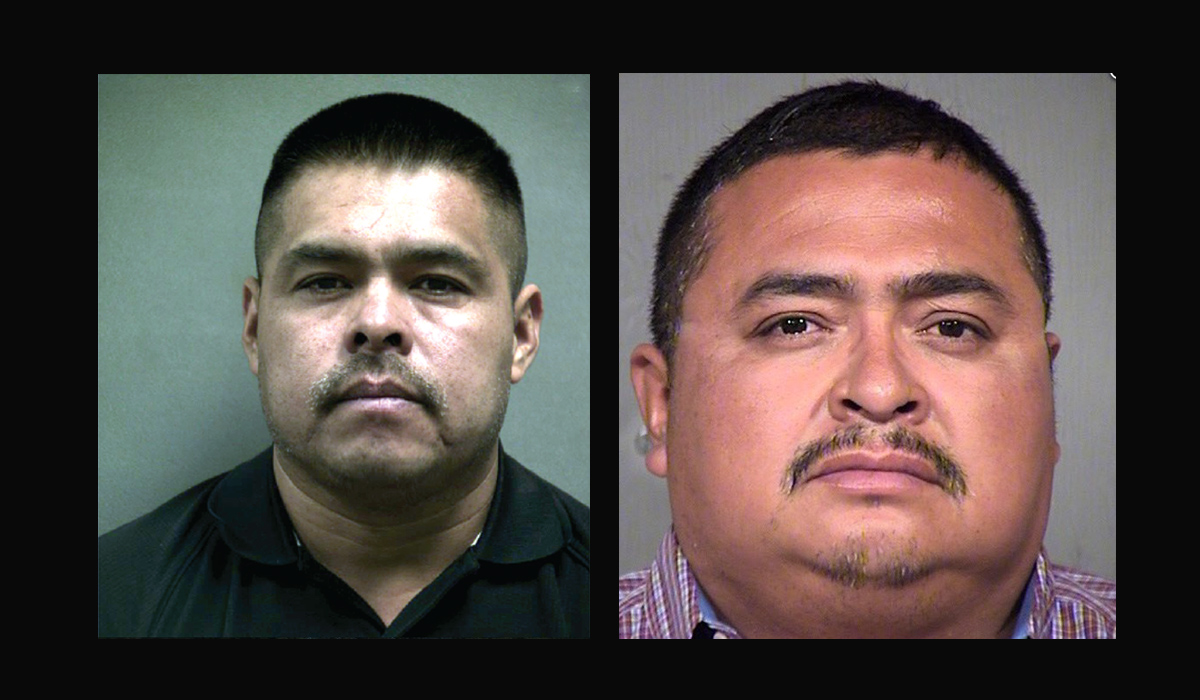 Editor’s Note: This report has been updated to indicate a correction concerning Manuel Reyes’ plea. The Journal reported Manuel Reyes had already pleaded guilty, but the court records reflected his intent to plead guilty. He pleaded guilty in federal court Tuesday.

Four brothers, three of them living in Moore County, have pleaded guilty to operating an illegal multi-state drug distribution ring, according to federal court documents. Two of the brothers entered guilty pleas in the federal court’s Northern Division and two of them in the Western Division. They aren’t alone. In the Western Division, 15 more people are charged along with two of the brothers in an indictment that details their roles in the drug operation.

Guadalupe Reyes and Adan Reyes were arrested Nov. 9, 2015, after multiple law enforcement agencies conducted raids in Dumas, Cactus and El Paso. Juan Reyes and Manuel Reyes were arrested May 25, 2016, in Dumas and Cactus. Information from a confidential informant and a man who says he delivered hundreds of pounds of marijuana for Guadalupe Reyes led to his arrest, according to a criminal complaint filed  Nov. 7, 2015. The complaint alleged Guadalupe Reyes is a “multi-pound marijuana distributor in the Cactus area and is responsible for the distribution of several hundred pounds of marijuana per week throughout the area as well as Oklahoma, Kansas, Ohio and Nebraska.”

The government charged Guadalupe Reyes with conspiracy to distribute and possess with intent to distribute 1,000 kilograms or more of marijuana and followed that with the filing of notices of lis pendens on Jan. 20, 2016, saying they would seek the forfeiture of 11 of Reyes’ properties upon conviction. However, a plea agreement shows the government is now targeting only eight of the properties, excluding Reyes’ home at 206 Regier in Etter and properties at 420 S. Highway 287 in Cactus and 209 86th St. in Lubbock.

Court records show Guadalupe Reyes pleaded guilty, and his sentencing date is Nov. 15, 2016, after it has been reset twice. He was scheduled to be sentenced Sept. 20, 2016, but that was moved to Oct. 3, 2016. An order to move it to Nov. 15 was filed Sept. 9. He will be sentenced at the federal courthouse in Amarillo.

Manuel Reyes also pleaded guilty to conspiracy to distribute and possess with intent to distribute 1,000 kilograms or more of marijuana, but court records don’t show a sentencing date.

Juan Reyes pleaded guilty to conspiracy to possess a controlled substance with intent to distribute and conspiracy to launder monetary instruments. He will be sentenced Nov. 2, 2016, in El Paso.

Click on these links to read previous stories about the Reyes arrests:

Dumas man arrested in Arizona with over $400K in horse trailer