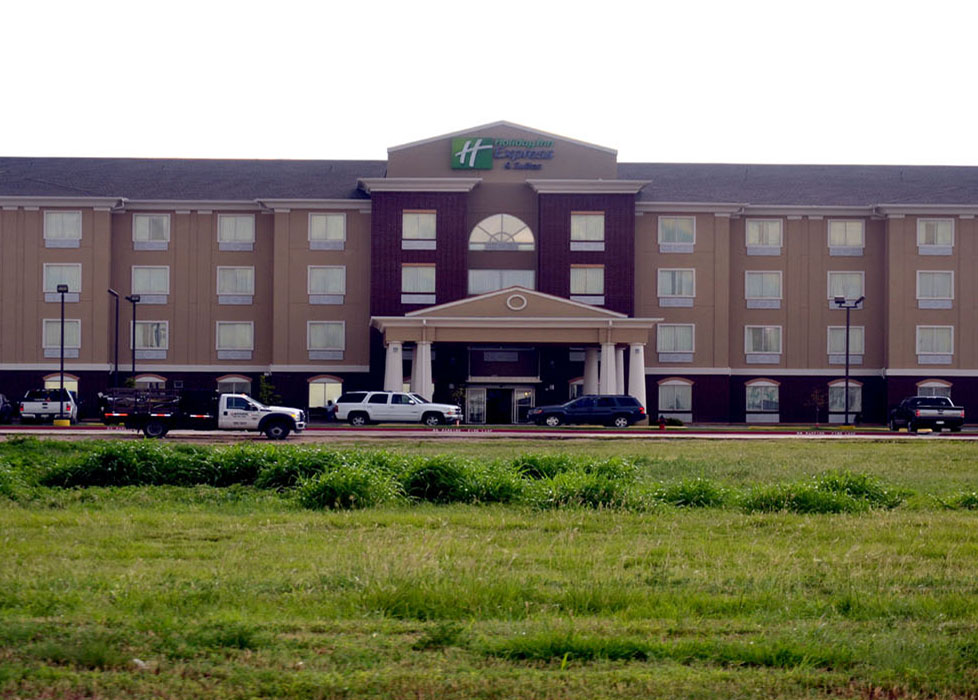 Justin Ford’s three children bounced around the back seat of his car as he filled it up with gas Friday afternoon at the United Express convenience store. His wife, Ashleigh, handed out snacks, something to tide them over until they could get to a restaurant.

“We’ve been driving all day from Denver,” Ford said. “The kids are tired. I’m tired. We thought about spending the night in Dumas, but when we didn’t see any restaurants we liked, we decided to drive on to Amarillo and spend the night there.”

Ford and his family were on their way to San Antonio for a family reunion. He said they had thought about driving straight through, with him and his wife taking turns driving, but the kids were restless and tired of being in the car. The hotels on the south side of Dumas were inviting, but with the absence of recognizable restaurants, Ford decided to get gas and drive another 48 miles to Amarillo’s hotels — and food.

Each time a family, like the Fords, takes their money to Amarillo’s restaurants, Mike Running cringes. As the executive director of the Dumas Economic Development Corporation, Running has been the head cheerleader in attempts to convince chain restaurants that while Dumas’ retail market profile might not match their criteria exactly, if you just squint a bit, the figures will come into focus.

“On the surface, we have no chance to recruit them,” Running wrote in an email, answering Moore County Journal’s questions. “However, we have learned that there are exceptions that some independent franchise development firms will take into consideration, and after years of networking and forming relationships, we feel that we may be closer to getting something done with the right franchisee.”

Running told the DEDC Board of Directors during their meeting July 13 that “up to five potential chains reached out to us in the last month.”

“Three of those five have franchisees in the region that have an interest in establishing locations in Dumas,” he said. “One is really wanting the property in front of the hotels.”

In his email, Running said Denny’s would “really like to be in Dumas, but they are franchise driven.” Applebee’s and IHOP’s retail requirements show they look for markets with a minimum population of 50,000 within five miles. Dumas doesn’t have that. The city’s retail market profile estimates the 2015 population for the retail trade area at 39,247. Even in 2020, Dumas won’t have the population to meet Applebee’s or IHOP’s criteria. The market profile predicts Dumas’ trade area will have 40,791 people. 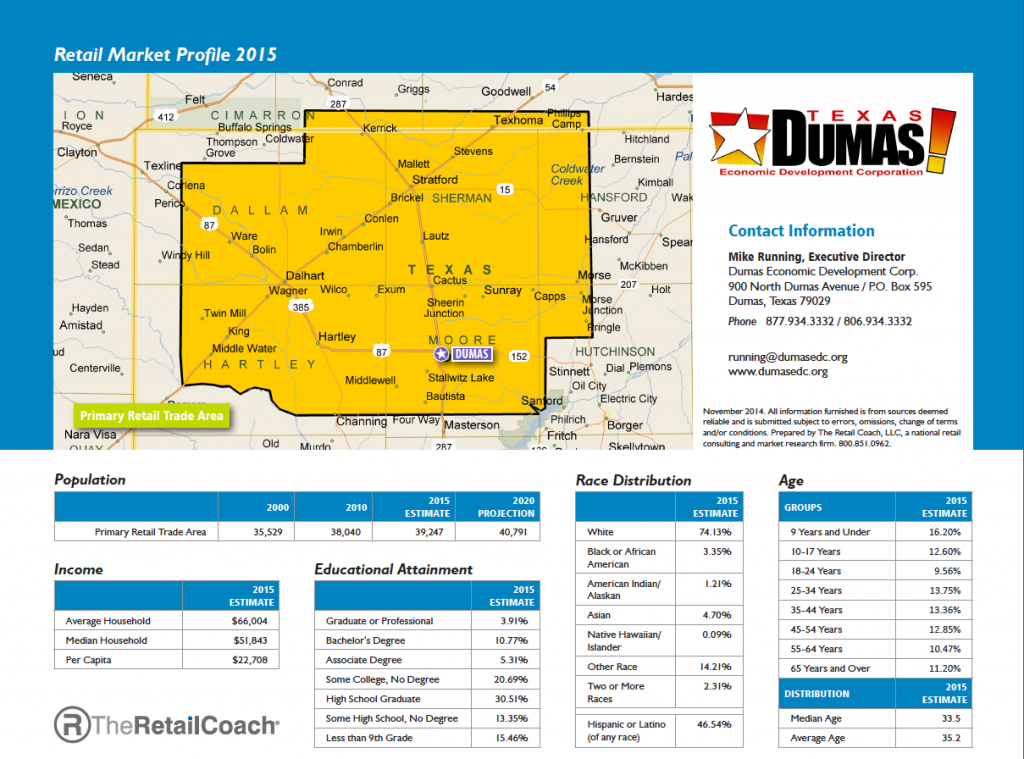 Still, Running won’t give up.

And then there are other obstacles. The chains are looking for “hard corner” locations that provide the most access and most vehicle traffic, but Running said all of them are taken in Dumas, and some landowners are playing hardball with other properties.

“The available lots we feel would be great are too difficult to nail down as the property owners have yet to establish terms acceptable for potential buyers,” Running said.

Chili’s, Applebee’s, IHOP and other chain restaurants remain beyond the horizon in Amarillo, but Running lobbies for Dumas, explaining to the chains that Dumas’ geography makes it a shopping hub for a large area. If the chains could loosen their grips on their requirements and look at Dumas in the light of its retail potential, a chain restaurant would get the business it needs.

“If just one item does not align with their list, they tell me that they have no interest,” Running said of the chain restaurants. “So I got smart and figured out hot to bypass these gatekeepers and go to the decision makers. I started talking about our nontraditional trade area and unique characteristics and began to get some interest.”

Maggie Martinez of Stratford lives in that nontraditional trade area and agrees with Running.

“I’d drive to Dumas for shopping and dinner,” she said. “I go to Dumas, but the majority of the time I feel that if I’m going to Dumas, I might as well go on to Amarillo for a nice dinner,” Martinez said. “I’m not saying the restaurants there aren’t good, but if I’m going to drive all that way, I want some more choices. What Dumas has now, I can get here in Stratford. When there are some chain restaurants in Dumas, I’d probably go every weekend, and I know a lot of people in Stratford would, too.”

Dumas landowners haven’t made Running’s job easy, either. After months or years of enticing a chain to look at Dumas, he has had his work thwarted by indecisive property owners.

“At one point, one of them (chain restaurants) came to town, enticed by the deal presented by a landowner,” Running said. “When they got here, the landowner changed the offer and angered the group. They left and have not spoken to us since. Thankfully, we found a new group that represents this chain, (and we) feel optimistic that something could happen.”

In the meantime, the Fords and other people, including many from Dumas, continue to take their dollars to Amarillo. And Running still cringes but is optimistic he can get the restaurant chains to see Dumas’ potential as they pore over population and traffic counts, income levels and retailing densities before committing to a market or location.

“As we present our case to developers and retailers, we do our best to prove our case that we are not a typical location, but a solid opportunity, nonetheless,” Running said “We have the potential. It’s my job to make them see it.”