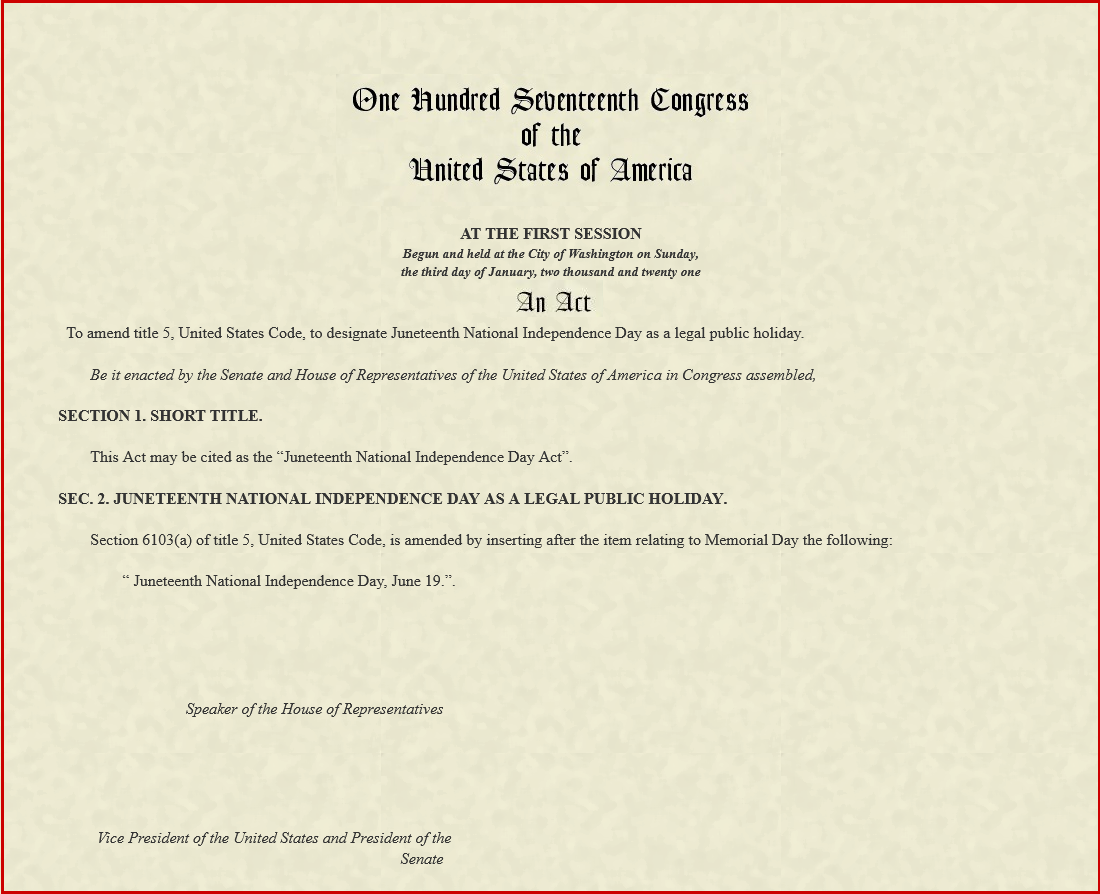 President Biden signed the Juneteenth National Independence Day Act into law on Thursday. The bill passed the U.S. Senate on June 15th by Unanimous Consent and passed the U.S. House on the 16th with overwhelming bipartisan support. Fourteen House members voted against the bill including Rep. Ronny Jackson (TX-13).

In a statement released on Thursday regarding his decision to vote against the Juneteenth National Independence Day Act Jackson said: “Juneteenth is an important part of our history, especially in Texas. I support Texas’ Juneteenth holiday and I support all Americans who celebrate it. However, I do not support more days off for federal employees. Many Americans feel like the federal government is not doing a good job for them as it is. For example, over 60 percent of Americans disapprove of Congress’ job performance. I do not know of any other organization that would reward employees with additional days off with that poor of a job evaluation. We need to create jobs, grow our economy and combat global threats like China, not create more days off for people who have been totally inadequate at delivering for the American people.”

Juneteenth recognizes June 19, 1865, as the date that news of slavery’s end reached slaves in Texas and other states in the southwest. It also came two years after President Abraham Lincoln signed the Emancipation Proclamation.

Juneteenth is a “partial staffing” holiday in Texas; government offices do not close but agencies may operate with reduced staff, and employees may either celebrate this holiday or substitute it with one of four “optional holidays” recognized by Texas.

Juneteenth National Independence Day will be commemorated on the anniversary date of the June 19, 1865, announcement of General Order No. 3 by Union Army General Gordon Granger, proclaiming freedom for slaves in Texas.

Texas families with students receiving free or reduced lunches could be...