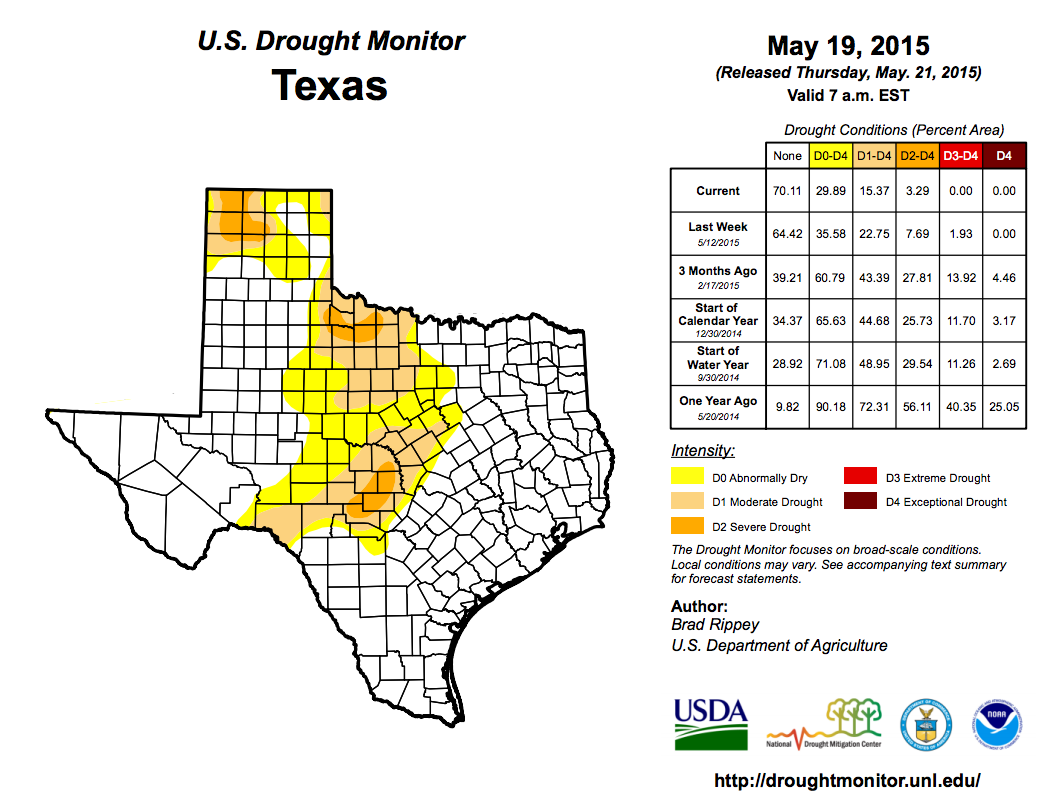 Above: The U.S. Drought Monitor shows the Texas Panhandle’s drought conditions are still critical, despite the abundance of rain this year.

Moore County is experiencing one of the wettest years in recent history, but most of the county is still plagued by severe drought, according to the U.S. Drought Monitor. A small area in the northeastern part of Moore County is in a moderate drought, but it’s an improvement from 2014 when the entire Texas Panhandle was in an exceptional drought.

KVII-TV Chief Meteorologist Steve Kersh said the abundance of rain can mislead people into thinking the drought that has gripped the Panhandle for several years is over, but there are several factors that affect drought conditions.

“We consider the amount of moisture in the ground, not just on the surface,” Kersh said. “We also look at lake levels. Lake Meredith is still only 6 percent full.”

The lake’s level is at 46 feet, according to the Canadian River Municipal Water Authority. It reached a record low of 26 feet in 2013, considerably down from the record high of 101 feet in 1973.

But this year’s rain that is transforming the Panhandle from a carpet of brown to a deep emerald is helping.

“Moore County has gotten 9.48 inches in 2015,” Kersh said. “May has been the wettest month with 5.5 inches. Normally, Moore County would get a little less than 5 inches by this time of year, so it’s looking really good.”

The forecast calls for more rain Thursday through Saturday.

“Rain is likely through the weekend, and after that it will be hit and miss the rest of the month,” Kersh said.