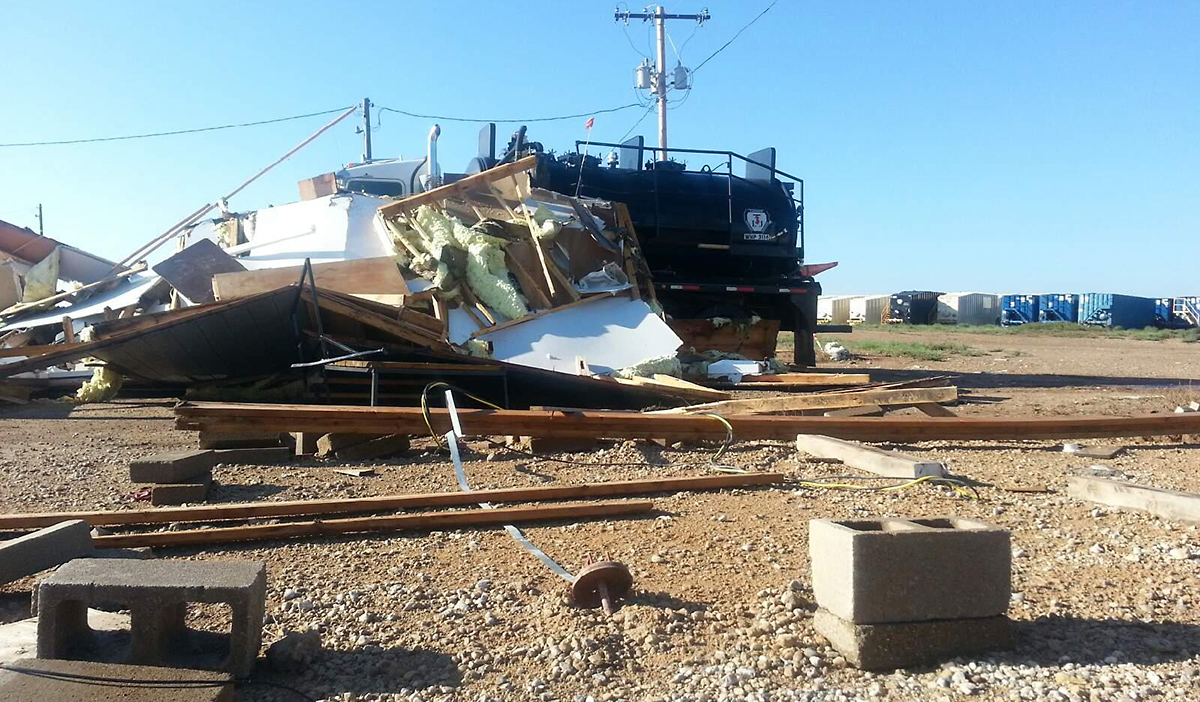 The National Weather Service is inspecting storm damage at Four way to determine if it was caused by a tornado or straight line winds.

A supercell that started in northeast New Mexico moved into the western Texas Panhandle on Saturday bringing in storms that caused the National Weather Service to issue a tornado warning for Moore County. The possible tornado touched down at Four Way late Saturday evening.

“We have some of our people meeting with Moore County officials this morning to access the damage and make the determination if it was a tornado,” said Lance Goehring, a meteorologist with the National Weather Service in Amarillo. “It’s possible another couple of other tornadoes touched down in the area Saturday night, too. People have sent us pictures with what looks like a tornado, but it’s not easy to be certain because it was dark.”

The possible tornado damaged buildings in the Four Way area, but there were no reports of injuries.