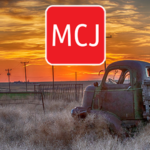 The Evelyn Theater is set to re-open on Friday May 28th! The Evelyn will be showing The Quiet Place Part 2 and Mortal Combat! Going forward the theater will be open every evening at 7:00 p.m. and will have one show nightly on both screens! Evelyn Theater owner Randy Niese told the Moore County Journal on Saturday, “We have been closed for 15 months and have not only missed seeing our customers, but have also missed bringing you the best entertainment in town!” The 15 month COVID shutdown marks the longest stretch for which the theater has ever been closed. Many hometown theaters across the U.S. have not been able to re-open after COVID And have shut down permanently. As major movie companies release more movies onto streaming platforms, small town Americans may find it harder to enjoy the big screen movie experience.

Legendary local radio announcer Gentleman Jim McCarty was transferred to a Lubbock hospital this week! KDDD released a statement on Facebook saying Jim was “rushed to M.C.H.D. and was then flown to Lubbock after suffering a brain shift, brain bleed, and water on the brain.” He was to undergo surgery but it was delayed. Friends of McCarty have started a Go Fund Me page to raise money for his surgery.

Dumas High School held a parade of graduates on Tuesday! The 2021 graduates visited Dumas elementary schools and paraded the halls in their caps and gowns. They spoke to students to inspire them to keep working hard toward reaching their own graduation.

Sunray I.S.D. Cosmetology School will be starting summer hours on June 7th. Hours will be Monday through Thursday from 9 a.m. to 2 p.m. The school will provide services including hair, nails and facials. For a complete list of services and prices you can check out the Sunray I.S.D. Facebook page or Call 806-948-2116 to schedule an appointment.

The City of Cactus announced they will be hosting their 6th annual 4th of July Celebration again this year. Festivities will begin at 11:30 a.m. with a parade on main street followed by several events at the Cactus Park. There will be live music, food trucks, bouncy houses and outdoor games including volleyball.

The Sunray Volunteer Fire Dept. is looking to recruit new volunteers. If you are interested in joining the fire department, get in touch with them on Facebook. Search for @SunrayTXVFD to find them.

Little Demon Football Camp is back after last year’s cancellation. Registration forms are available on the Dumas I.S.D. website under Athletics & Summer Camps. The Dumas Quarterback Club is asking parents to fill out and turn in the forms early so they can have the proper sizes of shirts on hand for the 1st day. Little Demon Football Camp registration will be open from April 19th through July 23rd. The camp will be held July 26th through the 29th. It is open for incoming 1st through 6th graders.