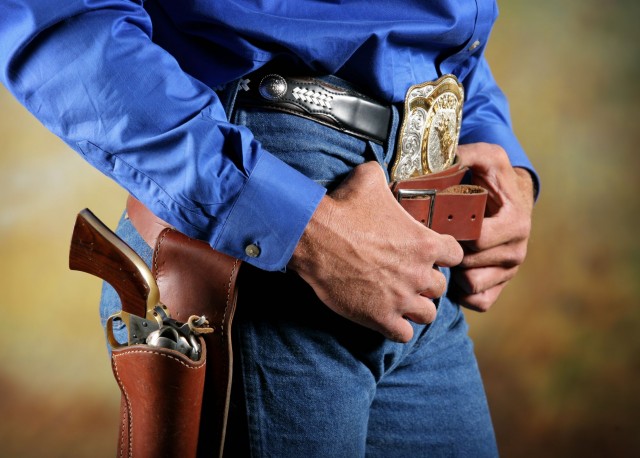 Texans will soon have expanded rights to carry a handgun after the Legislature passed House Bill 910 in May. Beginning Jan. 1, 2016, concealed handgun license holders will be able to display their guns in a shoulder or belt holster.

But Dumas Police Chief Jim Nelson wants to clear up some rumors that could lead to people violating the law.

“Some of the myths floating around are that the new law automatically authorizes everyone to openly carry their handgun, and this could not be further from the truth,” Nelson said.

Nelson said open carry doesn’t allow people to tuck their handguns in their waistbands, and it still doesn’t apply to long guns or shotguns. Also, people who want to carry their handguns openly still have to meet the same requirements currently imposed for concealed handgun carry, but those who already have a concealed handgun license won’t have to reapply. Applicants have to be 21, pass a background check and receive classroom and shooting range instruction.

The open carry law doesn’t change the prohibitions from entering a city or government building where an open meeting is taking place. However, beginning Aug. 1, 2016, colleges, universities and private schools will allow a concealed handgun on campus. Handguns will still be banned in elementary, middle and high schools.

Business owners and employers have the authority to ban weapons in the work place using the proper legal signage, but the state is specific about how the signs are worded. According to the law, businesses reserve the right not to allow concealed carry, open carry or both in their businesses. However, the ones that don’t allow it must display the appropriate sign. If they don’t allow both concealed and open carry, they must display signs for each one. However, an employer can’t prohibit the employees from keeping the handguns in a locked vehicle on the property.

Another change in the law applies to churches. In places of worship, pastors or heads of churches have the authority to ban handguns or allow them on the premises. The Dumas PD offers classes to churches or other organizations on what to do if there is an active shooter, and they’re free. Nelson is asking people to educate themselves about the new open carry laws.

“We want people to be safe and not get charged with violating the open carry law,” Nelson said. “Get informed, and be smart. Don’t become a target by openly carrying a handgun.”

Texas is the 45th state to become an open carry state.

You can read about the signs businesses must post if they want to ban handguns in the workplace below.

For more information about open carry laws click on this link. You can also get information by reading Texas Government Code Section 411 Sub Chapter H. 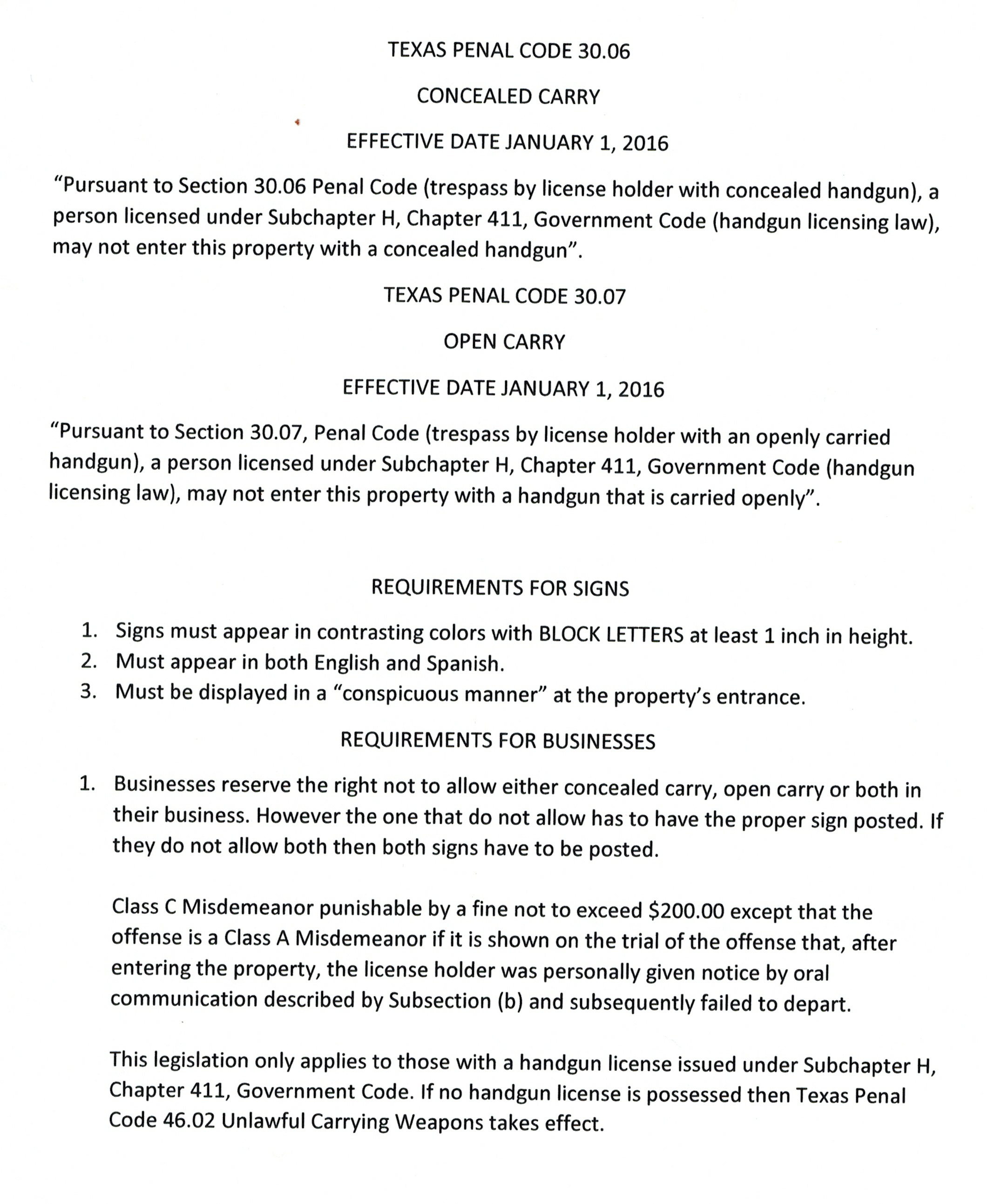