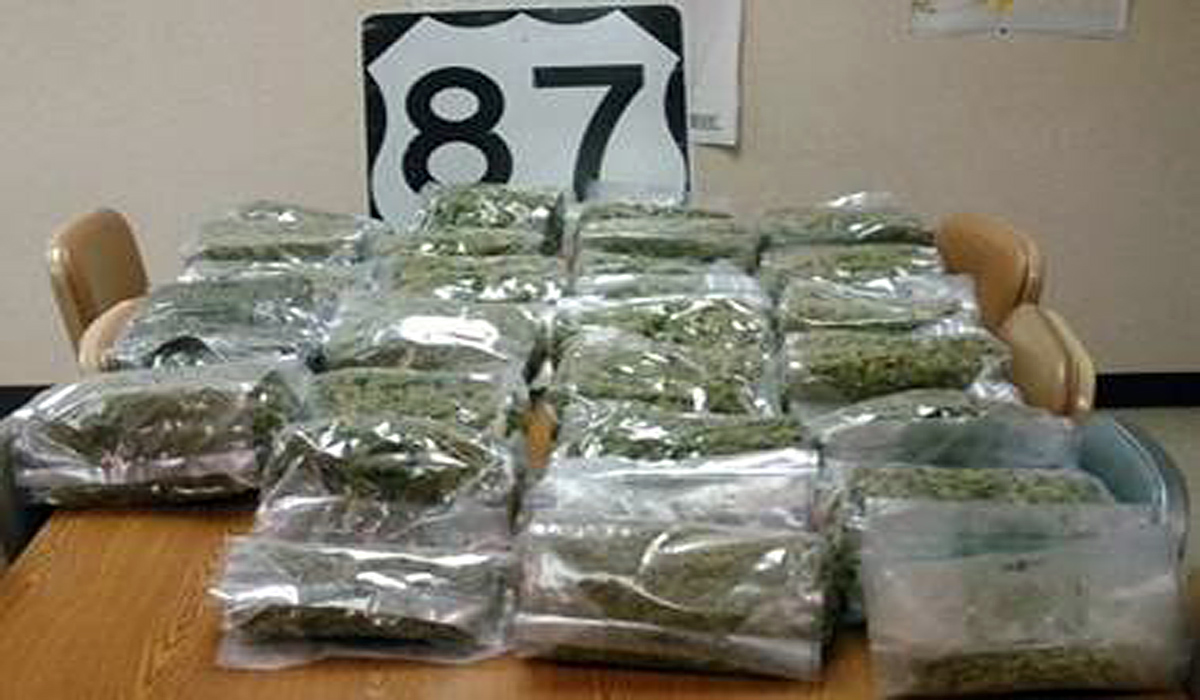 A traffic stop near Dumas on Saturday led to the discovery of about 28 pounds of Marijuana.

A DPS trooper arrested two men who were transporting about 28 pounds of marijuana valued at more than $167,000, according to a DPS report.

A trooper stopped a 2010 Ford Fusion for a traffic violation on U.S. Highway 87 near Dumas at about 12:59 p.m. Saturday, and during the stop, the trooper called for the K9 unit, which alerted on the vehicle. The trooper searched the vehicle and found several vacuum-sealed packages of marijuana in the trunk.

Joseph Fuaght, 27, and Alexis Faught, 19, were arrested and booked into the Moore County Jail. Both men are from Highlands, Texas. The report says the marijuana was allegedly being transported from La Junta, Colorado, to Highlands.