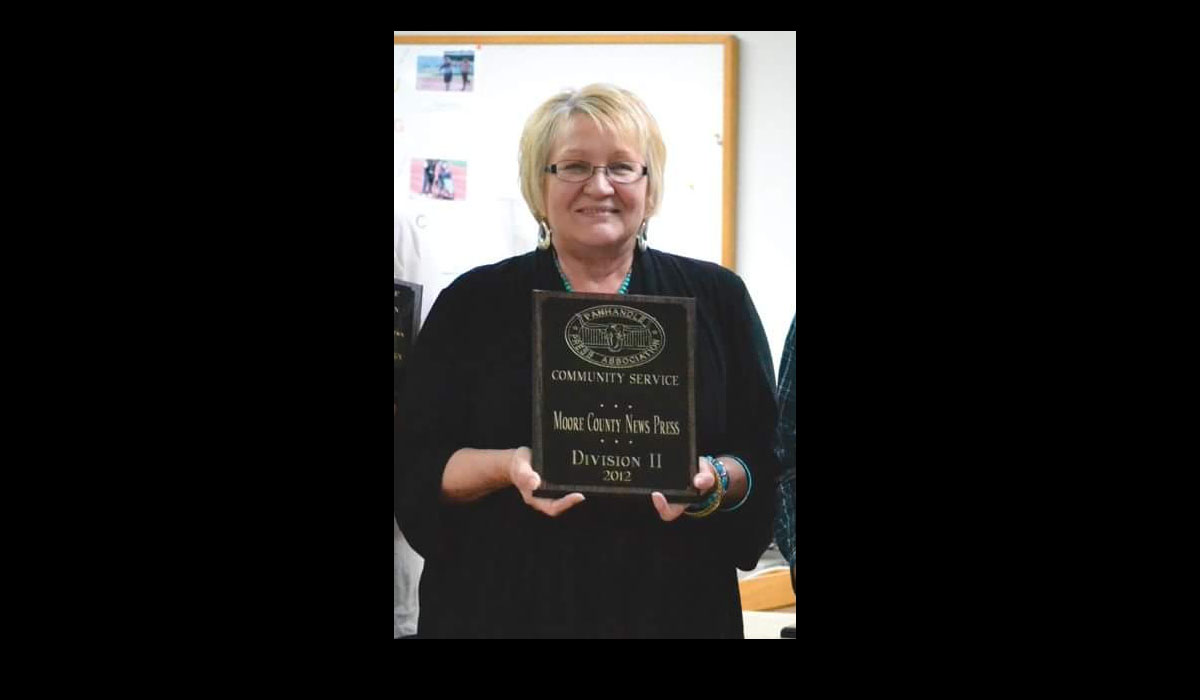 Above: Moore County News Press publisher Wanda Brooks has been charged with Assault by Contact stemming from an incident that occurred in August 2017, according to court and police documents.

Editor’s Note: This report has been editied to clarify the defendant’s responsibility to answer to the complaint alleging assault.

The publisher of the Moore County News Press will have to contact the Dumas Municipal Court before Monday to answer to a complaint on assault charges or risk being arrested, according to documents obtained by the Journal.

Courtney Brooks filed the charges against Wanda Brooks, her mother-in-law, alleging she punched her in the face and choked her on or about Aug. 5, 2017. Wanda Brooks is charged with Assault by Contact in the Dumas Municipal Court.

The alleged assault stems from an incident that occurred when Courtney Brooks and her husband, Jeremy Brooks, were in Dumas for a family wedding. Courtney Brooks said that during the rush to get ready for the wedding, for which they were running late, Jeremy Brooks left their infant son in the car for about 15 minutes. She said when she realized the baby was left in the car, she immediately got him out, but he was red and crying. Courtney Brooks said Wanda Brooks tried to prevent her from taking her son to the hospital, and it lead to Wanda Brooks punching her in the face and then choking her.

Although Wanda Brooks is charged only with Assault by Contact according to a letter the Municipal Court sent her, the Texas Penal Code defines the enhancement for assault family violence by choking or impeding breathing from a Class A Misdemeanor to a Third Degree Felony. Dumas Police Sgt. Jordan didn’t immediately respond to the Journal’s request for an explanation about the decision to charge Wanda Brooks only with a misdemeanor.

Courtney Brooks said she tried to communicate with the Dumas Police Department during the two months after the incident to ask about the delay in charging Wanda Brooks, but her calls and emails weren’t returned.

The Journal will update this story as developments occur.

The ‘Eyes of Texas’ are on Super Tuesday