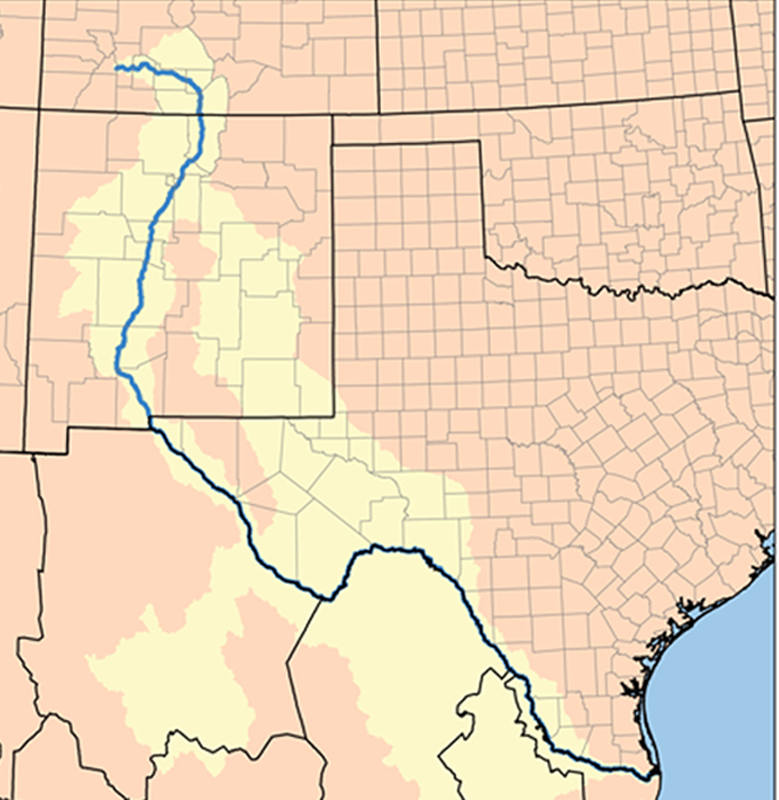 Editor’s Note: The following story is satire. If you don’t understand satire or don’t like it, please don’t read it. You’ll just get angry or think it’s stupid.

SANTA FE — No water for you. That’s the message the state of New Mexico delivered to Texas in a statement Wednesday, saying it will no longer allow the Rio Grande River to continue its course into the Lone Star State.

“We were just sitting around, wishing we had something to do when we came up with this idea,” said New Mexico Gov. Susana Martinez. “We’ve never liked Texans anyway, so we always think it’s fun to come up with ways to tick them off. They come over here to our ski resorts, flashing their big money and ordering us around. Well, we’ll see how they like this.”

Engineers for the state say they will change the river’s course, diverting it to California instead. Why California?

“They’ve been really good to us, what with them making movies here and all,” Martinez said. “We thought this would be a nice way to say ‘thanks for your business.’”

“Isn’t that a federal issue?” Abbott asked. “New Mexico is a foreign country, isn’t it? That’s where all those illegals are coming from.”

After his staff schooled the governor on basic geography and history, Abbott reportedly slammed his fist on the table and screamed, “Dagnabit.”

Without water from the Rio Grande, Texas would suffer severe economic, political and social hardships, officials say. The river supplies water to dozens of Texas cities, irrigates millions of acres and forms the border with Mexico.

“Not like it does us any good,” weighed in Donald Trump, who flew into Austin to console Abbott. “Those Mexicans just traipse across the border like it’s not even there.”

Trump took a few days off from his presidential race to assist Abbott in devising a plan to combat New Mexico’s actions, telling Abbott he was “locked and loaded.”

“We’re not gonna put up with this from those people,” Abbott said. “Donald told me I should move Texas National Guard troops to the New Mexico border to show ’em we’re ready to march into their capital at Mexico City.”

At that point, Trump whispered into Abbott’s ear.

Texans throughout the state responded by tearing down Pueblo style buildings, burning Martinez in effigy and closing westbound traffic on interstates 10 and 40. Texas tourists caught in New Mexico scrambled to secure transportation out of the state before the expected violence erupts.

“We saw some of them New Mexicans eyeballin’ us real funny like when we was in Roswell,” said Aileen Cody of Houston,” Well I just give it right back to ’em. I slid my hand in my purse just so they’d know I was packin’.”

Some Texans living on the shores of the Rio Grande said they don’t care if New Mexico dams the river and keeps every drop for themselves.

“Heck, all we get is New Mexico’s trash anyway,” said Beul Owens of Eagle Pass. “By the time the water gets to us, there’s all kinds of stuff in it like chili peppers and kachina dolls with no arms. Disgusting.”

GOP leaders attempted to moderate a solution between Martinez and Abbott, both of them Republicans, but neither governor would agree to a meeting.

“I don’t know Spanish, so how am I gonna talk to Susana Martinez?” Abbott asked.