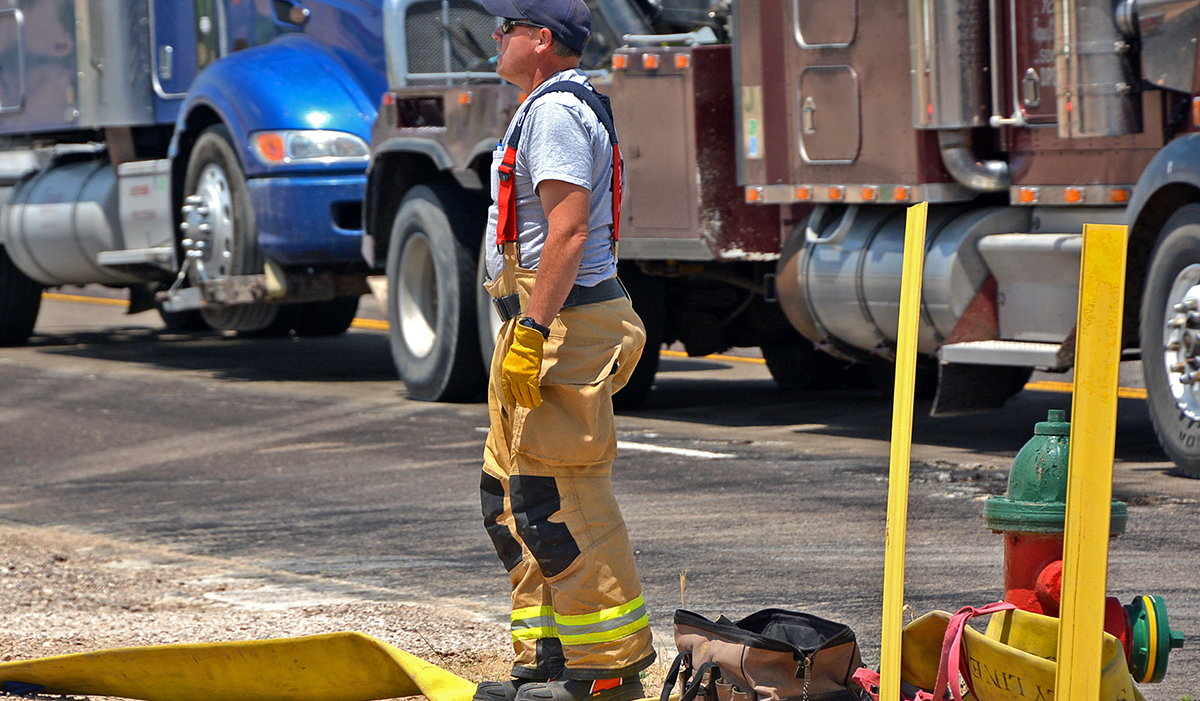 Above: Dumas Fire Department Capt. Galen Davis prepares a water supply line to help fight a fire on the north side of Dumas on Friday.

An alliance of personnel from two city fire departments, Moore County EMS and other Moore County employees fought a fire on the north side of Dumas that burned 10 acres and several junk vehicles, according to the Dumas Fire Department.

Dumas Fire Chief Pray said welding in the area caused the fire that began Friday afternoon, and firefighters from the Dumas and Cactus fire departments had difficulty accessing the blaze because of an abundance of junked vehicles.

“The fire is currently contained, and crews are working on overhaul to ensure complete extinguishment of the fire,” Dumas Fire Chief Pray said. “They are having difficulty because of all the vehicles and debris in the area.”

Firefighters from the Dumas and Cactus fire departments, Moore County Road and Bridge and Moore County EMS assisted in battling the fire. No injuries were reported, Pray said.