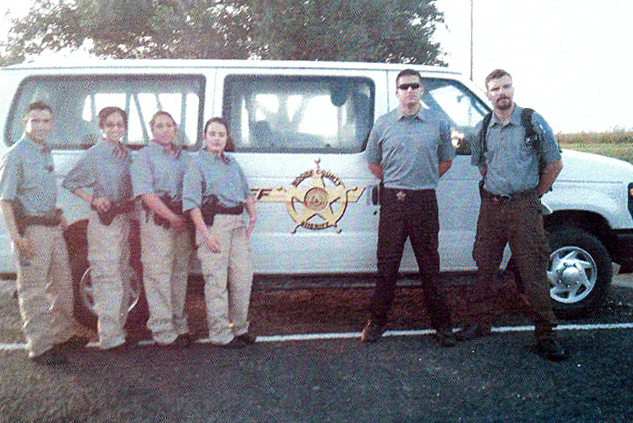 Locate a bomb inside a high school office and arrest the person responsible for placing it there? Not a problem. Hunt down an active shooter on the second floor of the high school while keeping the students safe in less than 90 seconds? Check. How about what to do when a mother punches her son at a high school after he’s caught with marijuana? Got that covered, too.

All of those were scenarios in which the Moore County Explorers competed Aug 7-9 in Corpus Christi, and the explorers showed they can keep their cool and remember their training during a crisis. In the bomb threat simulation, the Explorers received 91 points out of a possible 100.

“I couldn’t be more overtly pleased at the professionalism and attention to detail that these young adults showcased at the competition,” Moore County Sheriff’s Deputy Andrew Blauser said. “Competition was stiff, and we had no idea what to expect.”

The competition drew 45 teams throughout Texas, and the Moore County Explorers competed against teams from the Dallas, San Antonio and Austin police departments, as well as against teams from smaller agencies. The Explorers is a career-oriented program that gives young adults the opportunity to explore a career in law enforcement by working with local law enforcement agencies. Blauser and Deputy Martin Esparza serve as the group’s advisors.

Blauser said the Explorers competed in four live-action scenarios, and they excelled in all of them.

“If you saw these kids perform, you would think they attended a law enforcement academy,” he said.

In the second scenario in which the Explorers competed, the team confronted an active shooter located on the second floor of the high school.

“An officer trained in firearms was in a room down the hallway shooting off blank rounds to simulate the sights and sounds of a real, active shooter situation,” Blauser said. “There were also approximately 30 child actors, some pretending to be injured, all screaming, running toward the Explorers. The Explorers correctly elected to move quickly toward the sound of fire. As the Explorers were pushing through the crowd, the gunman crossed the hallway. However, the Explorers didn’t fire because they didn’t have a clean shot. After the hallways cleared, the Explorers cornered the gunman into a room and addressed the threat. High marks and praise were received because the Explorers accomplished all of this in less than 90 seconds.”

Blauser said this is the first competition the Explorers attended, and they have been training for a year-and-a half. The Performance Team includes Isabel Medrano, Humberto Tarango, Aalliah Acosta, Julissa Castillo. Two Observers also are on the team. They are Ishmael Lozoya and Jailyn Palacios.

“Three of the Explorers are seriously considering careers in law enforcement,” Blauser said. “We will continue to train and get better every day.”

The Explorers meet every Thursday at the parking lot on the north side of the Moore County Sheriff’s Office and anyone between the ages of 15-21 is invited to attend. For more information, call 806-935-4145.