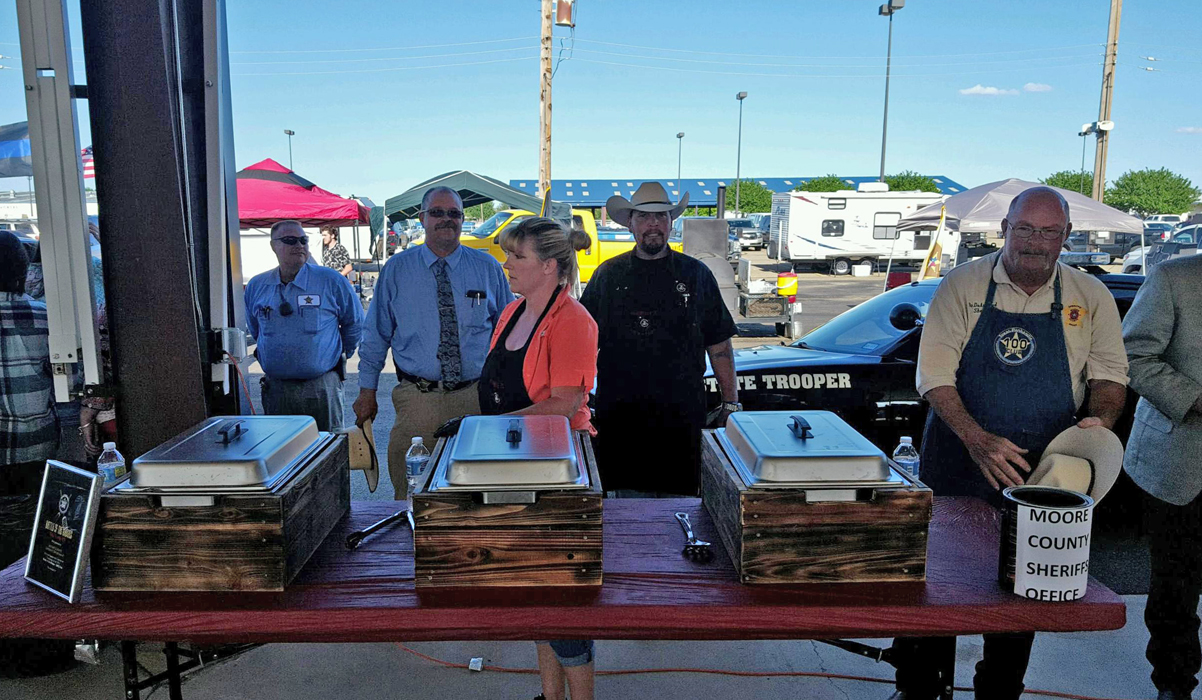 Above: The Moore County Sheriff’s Department recently competed in a barbecue contest against seven other agencies, including the Dumas Police Department.

The Dumas Police Department and the Moore County Sheriff’s Department might work hand-in-hand to fight crime, but they were locked in a battle recently to see whose barbecue could fetch the top prizes at a cook-off in Amarillo.

The Battle of the Badges BBQ Style drew representatives from eight agencies that included law enforcement agencies, first responders and firefighters. It’s the second year the Texas Panhandle 100 Club hosted it, and it’s the first year the sheriff’s department competed.

Each of the competing teams had a bucket for donations, and the sheriff’s department collected $105. The money goes to the 100 Club, and they help certified peace officers, firefighters who are killed or injured in the line of duty. They also help their families and offer assistance with life-protecting equipment and educational opportunities.