Home NEWS Local Man tries to evade officers in his car, booked into jail on... 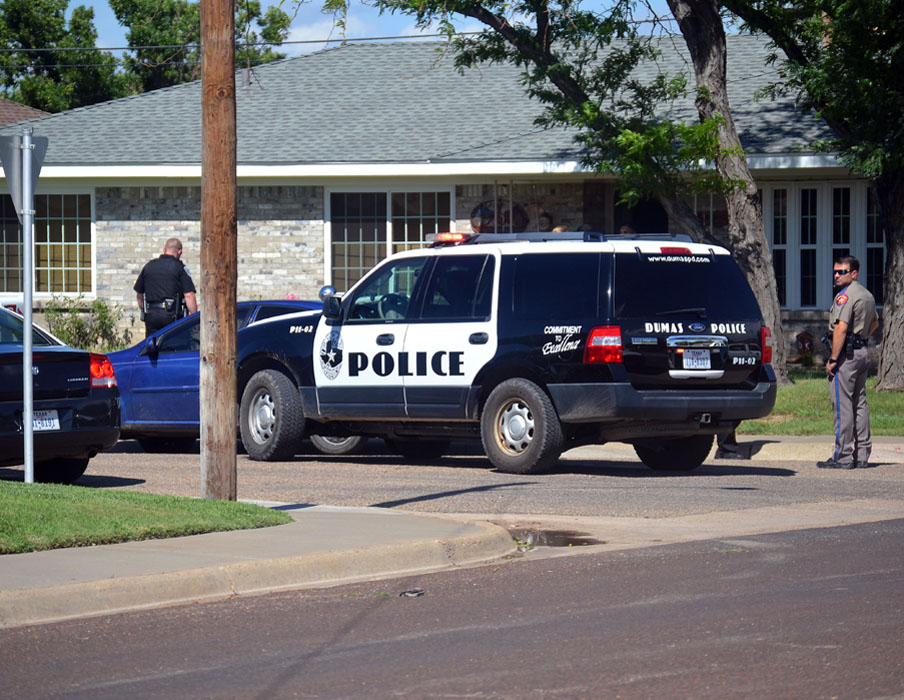 Above: Dumas police officers arrested Matthew Dominguez on Friday after he tried to evade them in his car. (Steve Ramos/Moore County Journal)

A man attempted to evade Dumas police officers and a Texas Department of Public Safety trooper Friday and was booked into the Moore County Jail for evading in a motor vehicle, assault class C and possession of drug paraphernalia.

According to the police report, officers located Matthew Dominguez and a victim in the area of 12th Street and Bruce Avenue after a domestic assault in a vehicle was reported. Dominguez tried to evade the officers in a vehicle after they tried to make contact with him. He was arrested in the 1100 block of Mills Avenue.

Police said the DPS trooper was in the vicinity and assisted them.