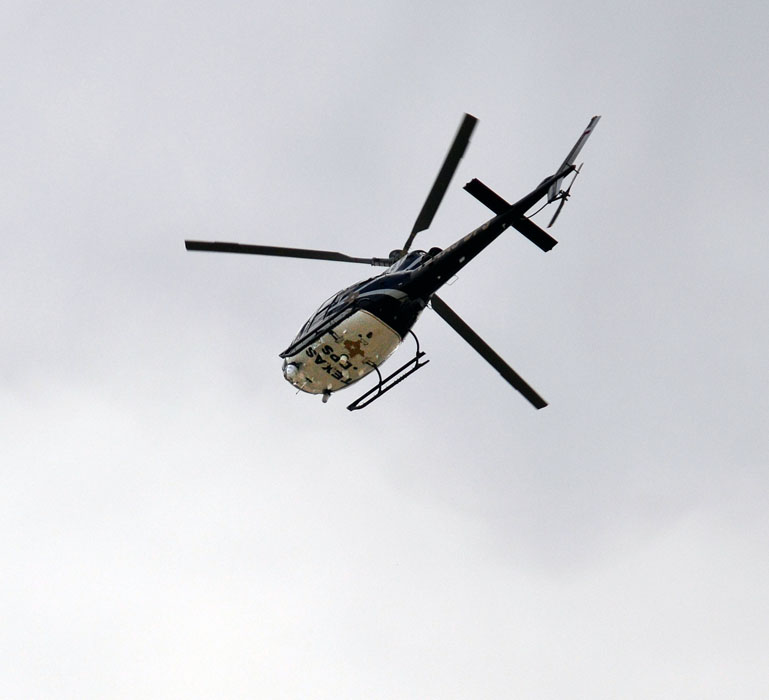 Above: A Texas Department of Public Safety helicopter circles Dumas in search of a man who fled when Moore County Sheriff’s Deputies made a traffic stop.

Dumas Police Chief Jim Nelson said two men allegedly stole items from Walmart and GameStop on Monday morning and were reported driving south on state Highway 287. Later, sheriff’s deputies stopped the car, and the passenger fled. Deputies and police officers searched the breaks south of Walmart, and although they saw him, they were too far away to detain him. Later, another man who didn’t know about the situation, gave the fleeing man a ride to a convenience store in Dumas. The Sheriff’s Office asked DPS to send a helicopter to assist in the search.

The driver of the vehicle was taken into custody.

The man is described as Hispanic, short build with short hair. He is wearing a brown T-shirt and brown shorts. Anyone with information about the suspect should call the DPD at 935-3998 or the Sheriff’s Department at 935-4145.

Black ice caused 8 wrecks early Thursday, one of them in...