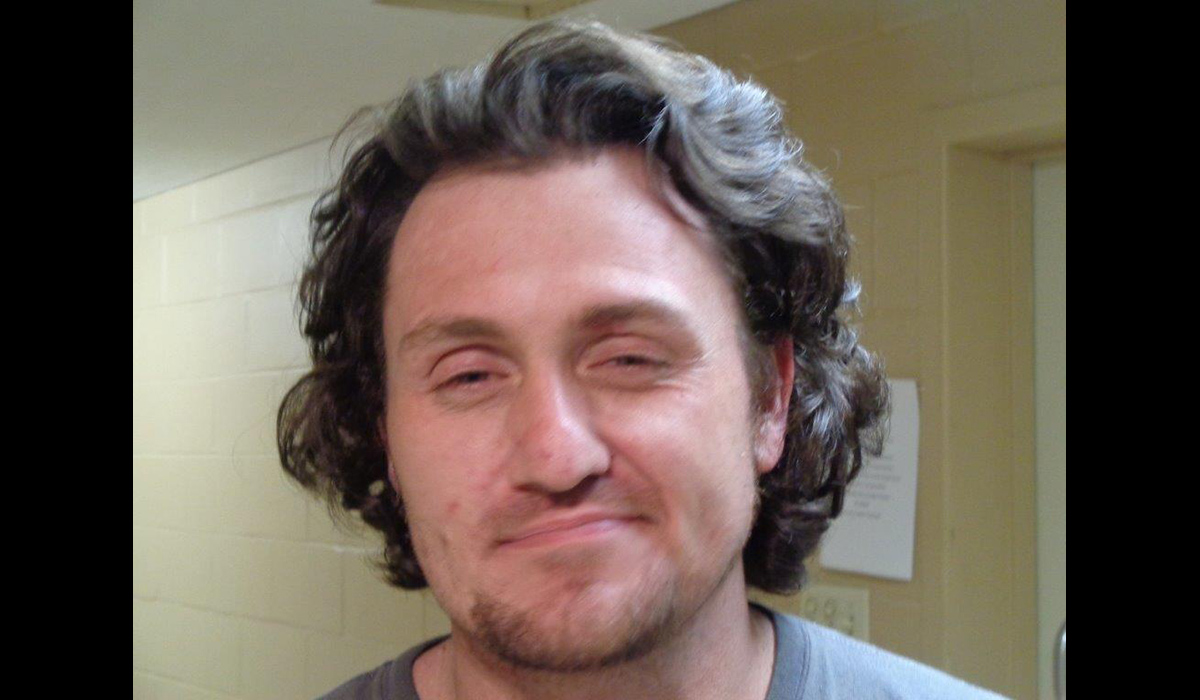 Above: Steven Brock Stringer was arrested for bond revocation.

1. 500 block S. Dumas Ave. – Accident – A white Chevrolet S10 pickup was stationary at the red light in the 100 block of E 5th. A red Freightliner tractor, with trailer, was stopped in the intersection of 5th and South Dumas behind stopped traffic. The S10’s light turned green, and it traveled west in front of the tractor trailer. The tractor trailer moved forward and struck the S10. No injury.

3. 200 block S. Birge – Check Suspicious – Received a call of a suspicious person. Contact made with the subject who was found to be walking home.

1. 700 block N. Meredith – Warrant Service – Edgar Rivera was found to have an active warrant out of another state. He was taken into custody and booked.

2. 100 block E. 7th – Warrant Service – Victoria Guadalupe Zambada was found to have an active Municipal Court warrant. He was taken into custody and booked.

3. 100 block E. 7th – Warrant Service – Joe Ortiz was found to have an active Moore County warrant. He was taken into custody and booked.

1. 900 block Stanford – Hit and Run – Dispatched in reference to a hit and run. It was found that a black Ford had backed into a parked silver Dodge. The driver of the Ford fled the scene.

3. 500 block Cherry – Criminal Mischief – Dispatched in reference to criminal mischief. Arrived and spoke to the complainant, who advised that at some point between 8:00 p.m. and 9:00 p.m., while he was away from home, an unknown person shot the passenger side window of his truck with a pellet gun.

1. 900 block Braden – Criminal Mischief – Dispatched in reference to criminal mischief. Arrived and spoke with the complainant, who advised that at some point between 10:30 p.m. and 5:10 a.m., an unknown person cut the valve stems on both of his rear tires causing them to go flat.

3. 200 block Binkley – Theft – Dispatched in reference to theft of bicycle. Contact made with the complainant, who stated sometime during the night of Aug. 11, 2016 her turquoise 7-speed women’s bicycle was taken off the front porch.

1. 100 block W. 6th – Traffic/Narcotics – Traffic stop was made on a gold Cadillac Escalade for an equipment violation. The driver gave consent to search the vehicle. During the search marijuana was located. John Lowe was arrested and booked for possession of marijuana.

2. 500 block Beard – Prowler – Dispatched in reference to a possible prowler. Homeowner stated she could hear men talking outside her bedroom window. Officers were unable to locate anyone in the area.

3. 100 block W. 13th – Warrant Service – It was learned that Gabriela had an active warrant out of Moore County. She was arrested and booked for Warrant No. 4016 Burglary of Habitation.

1. 700 block E. 2nd – Narcotics – Contact was made with Shay Stroble and Mark Green in reference to possible wanted subject. Both subjects were in a white Chevrolet Avalanche. Once contact was attempted, Green exited the vehicle and ran toward the front door of a residence. Green was instructed back to the vehicle. Stroble gave consent to search the vehicle and upon doing so, a digital scale was located in a bag, which Green advised was his. Officers walked the path in which Green ran when initially stopped. A black bag was found, which contained a clear plastic bag with methamphetamine inside and another clear plastic bag of methamphetamine was found on the driveway floor. Green was arrested for Possession of CS Penalty group 1 1-4g and possession of drug paraphernalia.

2. 100 block N. 6th – Scam – Dispatched to the above location in reference to a scam. Upon arrival, contact was made with the complainant, who advised she has been receiving phone call from an unknown subject, stating that he was related to her and en route to visit her. She advised she did not recognize the number and, when asked for a name, the unknown person would not provide her with a name.

3. 200 block S. Dumas Ave. – Assault – Received a call of a subject assaulted at gun point. It was found that complainants were confronted by a subject who displayed a pistol before fleeing the scene.

4. 500 block Willow – Accident – Received a report of a subject who had been hit by a car at the ER. Contact was made with the complainant, who advised that his son had been struck by a vehicle backing out of a driveway. The vehicle, a Chevy Malibu backed without safety and struck the victim, who was on bicycle. No injuries.

5. 1300 block S. Meredith – Traffic/Evading Arrest/Warrant Service – Initiated traffic stop for an equipment violation on a blue Tahoe. The vehicle refused to stop and later crashed into a residence. Three subjects exited the vehicle and ran into the residence. Officer pursued the subjects and the driver, Jamie Hernandez, was taken into custody. He was booked for evading arrest in a motor vehicle and two Moore County warrants.

6. 400 b NW. 5th – DWI – Dispatched to the above location in reference to a suspicious person in a white Buick. The driver Joseph Moore was found to be intoxicated.  He was arrested and booked for Driving While Intoxicated.