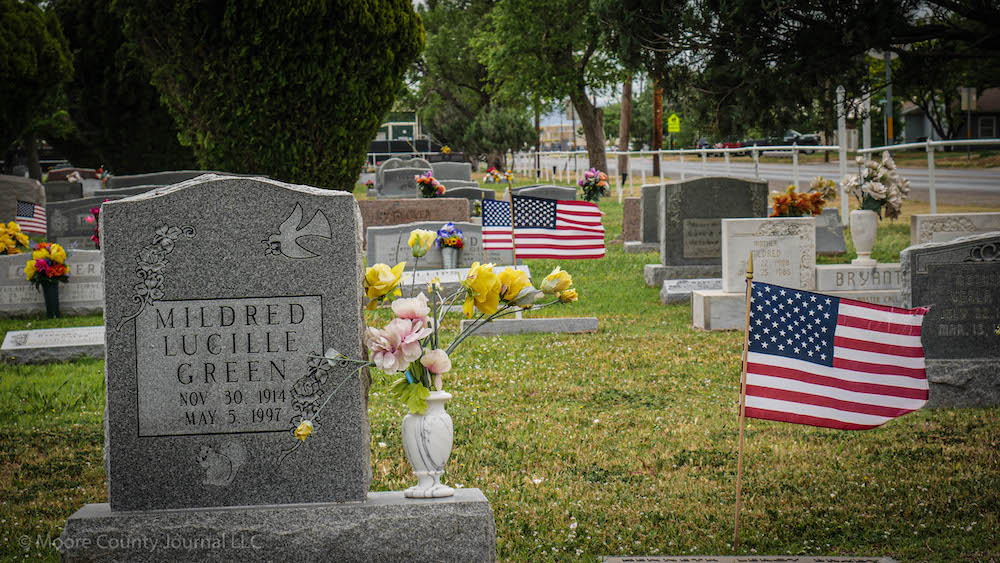 It was a windy Memorial Day as members of the Veterans of Foreign Wars (VFW) Post 9022 and American Legion Post 224 joined forces at McDade Park to honor, and remember, those who have served in the U.S. Armed Forces.

The ceremony included a small group of veterans led by Jason Dennis who served in the U.S. Navy from 1992 to 2000 as an aviation boatswains mate aircraft handler. Dennis noted the importance of remembering and honoring those who have served our country especially during the trying times our country is going through. He said the group had also placed flags on every veteran’s grave at both the Dumas Cemetery and Northlawn Memorial Gardens.

While many events like this across America are being canceled due to COVID-19 concerns, these local veterans felt it was important to hold a ceremony, without spectators, to honor and remember all veterans.

The ceremony took place at McDade park in front of the Veterans Monument which was erected in May of 1993 by local VFW Post 9022. The monument contains the names of many local veterans from World War I, World War II, Korea, Vietnam, and Iraq. A large concrete sidewalk in the shape of a cross also lays northwest of the monument. The sidewalk is paved with hundreds of bricks that are engraved with the names of area Veterans.

The ceremony began as a chilly spring panhandle wind blew from the north. Jason Dennis read In Flanders Field, a war poem written during World War I. This was followed by Philip Rhodes leading the group in prayer. Jose Flores read the fourth stanza from For the Fallen; commonly referred to as Act of Remembrance.

The laying of the wreath was then presented by David Rehkopf and Mel Carter to the playing of Taps. The chilly north wind continued to blow as the small group of veterans stood at attention and saluted. No spectators, just a group of local veterans making sure that all of those who have served are honored and remembered for their service to our country.