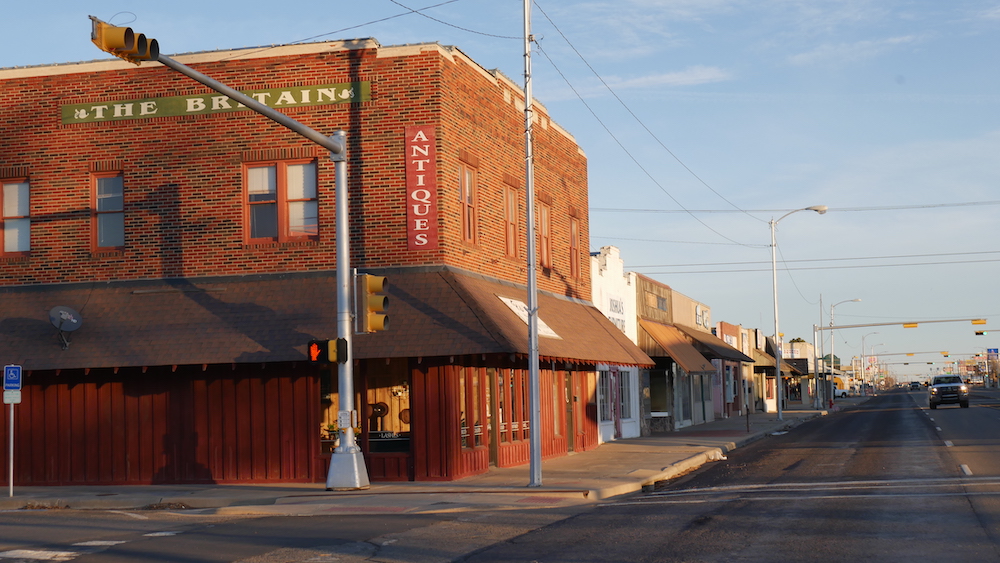 DALLAS — While city leaders in Texas are trying to slow down the novel coronavirus pandemic, their financial officers are already warning about the damage a new economic recession will have on local budgets.

“We work on the budget year round, and we anticipate even the worst scenarios,” Houston Mayor Sylvester Turner said at a press conference Tuesday. “This one is even worse than anyone had imagined.”

Texas cities’ two biggest sources of money are typically property taxes and sales taxes. The protracted public health crisis’ effect on property taxes is still unclear. But there is certain to be a massive financial blow to sales tax revenues since officials shuttered businesses and limited Texans’ movements outside their homes as a necessary public health precaution to slow the virus’ spread. That’s according to Bennett Sandlin, the executive director of the Texas Municipal League, an organization that represents local governments across the state.

“Sales taxes are typically 29% to 30% of an average city’s revenue. And sales taxes are just going to be way off for the foreseeable future,” Sandlin said. “Sales taxes are tied to retail economic activity, among others. And that’s just been shut down in the vast majority of urban areas in our state.”

So far, local governments have been careful when talking about potential cuts to expenses, which usually means laying off government employees or offering residents fewer services. Sandlin said emergency and police services are the most expensive items in a city budget, but in previous crises, governments have favored delaying infrastructure improvements to make ends meet.

“What cities cut first is long-term capital infrastructure expenditures like keeping their streets, sewer lines and water lines maintained,” Sandlin said. “That’s not a great thing because if you don’t maintain that infrastructure, you have to spend more to repair it down the road.”

How bad the revenue drops are — and what local governments do to shore up shortfalls — all depends on how long the pandemic continues.

“Even with our strong financial position, the current public health and economic crisis causes us concern,” Elizabeth Reich, Dallas’ chief financial officer, said via email. “We are concerned for our residents and employees since we do not know how long this crisis will last or how deep it will go.”

That sentiment is echoed across the state as Texas’ largest cities work with economists to predict how bad things will get.

Large industries that help power the Texas economy are facing dramatic revenue drops, and experts fear COVID-19 will hurt trade in the state. The number of Texans filing for unemployment increased 860% the week ending March 21, compared with the week before. Comptroller Glenn Hegar said last month that the state’s unemployment rate could be headed for double digits, which could exceed the historic high of 1986’s 9.2% unemployment rate.

Hegar told Texas House members last month that while it was too soon for specific forecasts, both the general revenue for the state budget and the state’s savings account balance will be drastically lower when he makes a revised fiscal forecast later this year.

And the problems might be bigger in cities with economies tied to the energy sector, like Houston. The lower price of oil might decrease economic activity even more, increase unemployment and affect the city as a whole.

“We always pride ourselves in being the energy capital of the world. Well, that’s detrimental right now,” said City Council member Dave Martin at a meeting of the Budget and Fiscal Affairs Committee on Tuesday. “No one can stay afloat at $20 a barrel. Nobody. Not only it affects unemployment, it also affects sales tax revenue. … It’s such a trickle down that it could be a very tough one.”

In the meeting, Houston Controller Chris Brown explained that while many experts are predicting a quick economic recovery after the public health crisis subsides, for Houston, the lower price of oil might mean a much slower process. Earlier this week, two Texas oil companies with big business in the Permian Basin wrote to state regulators requesting an emergency meeting to consider reducing oil production as demand around the world has collapsed due to the new coronavirus.

“We do see usually the recession lasting for eight quarters, so two years, but with the downturn in oil, it could be prolonged,” Brown said at the Houston meeting.

Although cities are concerned across the board, some financial officers pointed out that sales taxes have been especially strong in recent years, and that has helped the city’s reserves. In Austin, where 23% of the general fund revenue comes from sales taxes, the strong economic activity until March has the city on solid ground, said Ed Van Eenoo, deputy chief financial officer.

“In the next several months, we fully know and expect sales taxes to drop significantly. But it’s not like we’re starting in a hole. We were starting $10 million above where we had expected to be. So that will help soften this as well,” Van Eenoo said.

Besides the decrease in sales taxes revenue, officials are also concerned about lost revenue from airports, convention centers and other tourism-related facilities. In Fort Worth, for example, the city runs a convention center and the Will Rogers Equestrian Center. In 2019, the latter venue was booked every day except Christmas.

“We pay for those expenses through some operating revenues that come by holding events. But when you think about it, all these events have now been canceled,” said David Cooke, Fort Worth’s city manager, who also added that revenues from hotels and motels have dropped.

Dallas County officials, meanwhile, are turning that city’s downtown convention center into a temporary hospital to deal with the expected onslaught of patients with COVID-19, the disease caused by the new coronavirus.

In San Antonio, a city with 140,000 workers in the leisure and hospitality industry, last week Deputy City Manager María Villagómez projected between $110 and $158 million in losses during this fiscal year. Part of this will come from the decline in activity at the airport, the convention center and the Alamodome, as well as the hotel occupancy tax. About half of the total projected losses mean less revenue going into the city’s general fund.

“The majority of that number has to do with sales tax, as we are anticipating a decrease of 17% in that revenue source,” Villagómez said at a City Council meeting.

Some cities have already stopped their nonessential hiring processes, travel and training activities.

“Our plan is not to draw down our reserves,” Austin’s Van Eenoo said. “We’re also looking at other revenue streams that we might be able to tap into to help pay for city services. And that’s work that’s all underway. We don’t have any firm decisions made yet, so I can’t really speak to that. But we are looking at what other revenue options beyond property taxes are available to help keep city programs funded.”

Turner, Houston’s mayor, said at a press conference Wednesday that the U.S. Conference of Mayors is working with members of Congress to pass a stimulus package for cities. But in the meantime, his sentiment is very similar to that in Dallas and other Texas cities.

“No one knows whether this situation is going to last in May, June, July. You just don’t know,” Turner said. “The elephant in the room this year will be COVID-19. We’ll simply have to make the tough decisions like everybody else.”

Disclosure: The Texas Municipal League has been a financial supporter of The Texas Tribune, a nonprofit, nonpartisan news organization that is funded in part by donations from members, foundations and corporate sponsors. Financial supporters play no role in the Tribune’s journalism. Find a complete list of them here.

“Local governments, already hard hit by the coronavirus, are facing a fresh budget threat: economic recession” was first published at https://www.texastribune.org/2020/04/02/texas-coronavirus-threatens-city-budgets-services-recession-looms/ by The Texas Tribune. The Texas Tribune is proud to celebrate 10 years of exceptional journalism for an exceptional state.