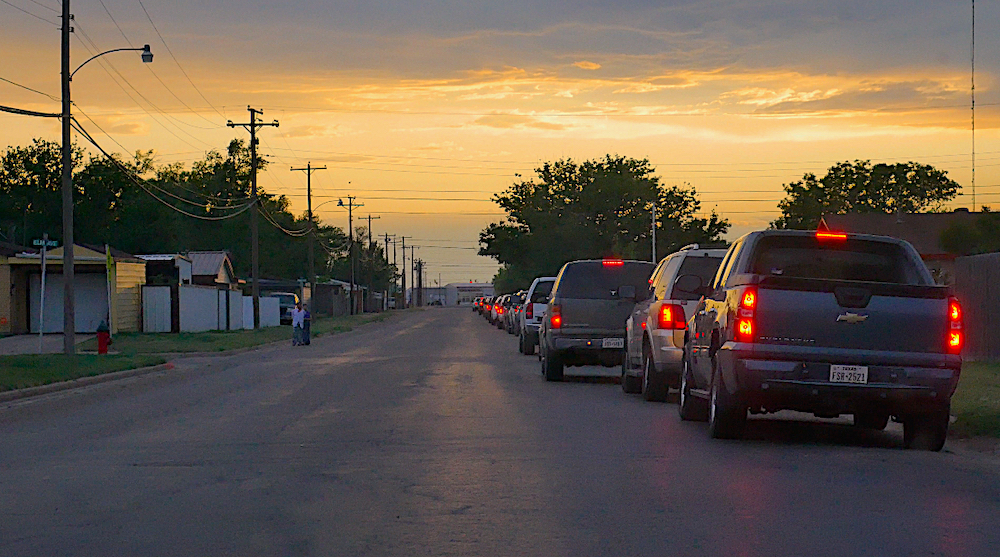 If you have lived in Dumas for any length of time you have probably driven by Lifepoint Church on N. 5th street several times. It may appear to be just another small hometown church to some. But, the church has distributed around 21,000 pounds of food to those in need during the COVID-19 pandemic.

Pastor Alonzo Garza and his wife Peggy moved to Dumas from Odessa just one week before the COVID-19 virus shut down Moore County. They held their first service on a Sunday and that week everything was shut down. Being new to the area they found it tough to make new connections in the community while everyone was staying at home.

The only thing they have asked from those receiving items is that they leave a donated item, if possible, in exchange for food or any other item they take with them. The effect has been astounding. I visited their operation on a Tuesday evening at about 8 p.m. and they had vehicles lines up for a mile or more down 5th street. The Pastor said the line had been that long since around 5 p.m.

Around 6-10 volunteers were passing out boxes of meat supplied by the JBS plant in Cactus and they also had another area with various items such as paper towels, cleaning supplies, and home goods. Pastor Peggy told me all the household items had just been donated that evening by people needing the meat. She also said there had already been many who needed things like cleaning supplies instead of the meat. They were able to help those families using the items that had just been donated.

Volunteers were asking which town each vehicle was from and how many people were in their family. No personal information was collected. The church plans on using the information to help obtain grants in the future to fund more programs like this one. A quick count of their numbers from the evening showed they had already helped well over 1000 people in just a few hour’s time.

During the pandemic Moore County residents have went above and beyond and have show the true Texas Panhandle spirit by helping each other survive during tough times. It is acts of kindness and caring like those of Lifepoint Church that make Dumas and Moore County such a great community to be part of.