Home GOOD NEWS Limited seating and pajama bottoms: How Texas churches are preparing for a... 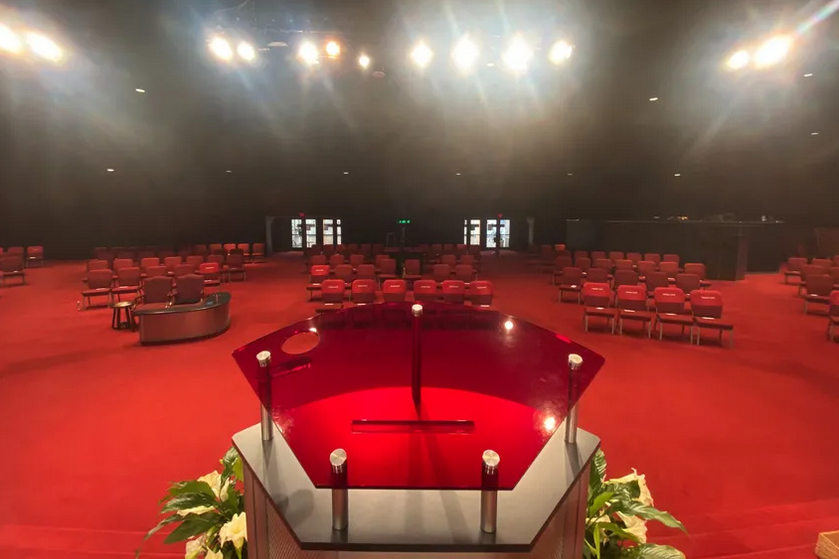 The Rev. Joseph Thompson of the Christian Interactive Fellowship Church in San Marcos has an idea for what his Easter outfit will be Sunday. He’s considering wearing his blue plaid suit — but with pajama bottoms that will be out of view of cameras capturing him leading an online service.

“We can’t meet as a church, but we can still be the church,” Thompson said.

More than 150 miles away, Pastor John Greiner of The Glorious Way Church in Houston has different plans. His typical Sunday service will be split into two times, with each missing several rows of chairs but offering hand sanitizer stations to the folks who come to worship. A space that normally fits 1,000 will be limited to about 100.

“If it’s a crisis, the church should be able to dispel fear and panic and not join in with the fear and panic. We can’t really make a difference in our world just online. We’re one power failure away from being shut down,” Greiner said.

Christian Texans, faith leaders and local officials are preparing in myriad ways for a major religious holiday — that’s normally a celebration — that falls this year in the middle of a pandemic the scale of which almost no one has encountered.

Texas churches have the governor’s blessing to hold services for the holiday. Gov. Greg Abbott announced last week that churches are an essential service and can remain open during the pandemic — as long as they follow health guidance to keep patrons 6 feet apart.

Some praise Abbott’s order. Greiner said congregants are no more at risk than they’d be at the grocery store or in a pharmacy and that his church is willing to change its structure according to health guidelines as long as his flock can still gather.

“There’s such a power in our church, we call it the presence of God,” Greiner said. “You can’t duplicate that online. You can have a message of it but not enough to really call it church.”

Others, still worried about the growing spread of the virus that causes the disease COVID-19, are opting to continue with virtual services despite the major holiday.

“It’s a special time with everything that’s happening because of the pandemic, but we have to think of our homes as having converted into our church where the word of God reaches us through the TV and social media,” said Jesus Belmontes, the priest of the San Juan Diego Catholic Parish in Dallas.

Some Catholic archdioceses announced suspended Sunday masses in their cities, including San Antonio, Dallas and Houston, with no special exceptions for Easter. Edward Burns, the bishop of Dallas, said in a written statement that Holy Week is to take place “without the presence of the faithful in the interest of public safety.”

Easter is normally an hourslong ordeal marked by adult baptisms, a ceremonial candlelighting and the reading of seven scriptures, Belmontes said.

Despite his own order, Abbott joins other Texas officials who’ll attend service online this Sunday, said John Wittman, a spokesperson for the governor, in a text message.

During a press conference on Thursday, Dallas Mayor Eric Johnson said Easter is a “big deal” in his house. A normal Easter Sunday would include in-person church services, dressing in pastel colors and a family brunch. However, this weekend will look a bit different.

“We won’t be going out of the house,” Johnson said.

Still, he said his family will try to retain some sense of normalcy.

“We’ll participate in a church service online, and we’ll probably put on the clothes anyway, take some pictures and enjoy being with our family,” he said.

In Fort Worth, Tarrant County Judge Glen Whitley said that he and his wife plan to watch their typical Sunday morning services virtually with First Methodist Church of Hurst. Normal Easter Sunday plans — going to the park for an Easter egg hunt with his grandkids and in-person church services — will be put on hold.

“It’ll be the first time that we’ve not gone to church and worshipped on Easter Sunday,” Whitley said. “It’s disappointing, but at the same time we know we’ve got to do these things if we really want to protect everybody.”

Whitley said he’s been in contact with Tarrant Churches Together, a group that connects local faith-based organizations, which has been working to conduct services via videos, livestreams or drive-in services.

“We recognize the importance of maintaining this posture out of pure fear of what it might do to our older population and our older church members, many of whom have underlying health conditions,” Whitley said.

Belmontes, the Dallas priest, helped organize a drive-thru food distribution with Dallas Area Interfaith the day before Easter and looks forward to seeing some of his church community through car windows. He’ll spend Sunday mostly alone, streaming from an altar where he’d usually lead thousands of congregants for mass, much like Thompson, the San Marcos reverend.

“The church is not a building, it’s a people,” Thompson said. “Where two or three are gathered, Jesus is with them. This is our time to put that into action.”

“Limited seating and pajama bottoms: How Texas churches are preparing for a socially distant Easter” was first published at https://www.texastribune.org/2020/04/11/how-texas-churches-are-responding-coronavirus-easter-sunday/ by The Texas Tribune. The Texas Tribune is proud to celebrate 10 years of exceptional journalism for an exceptional state. 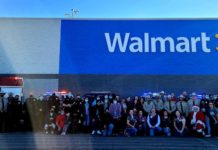 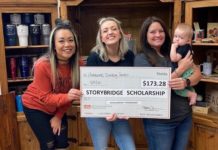 Storybridge and Homeworks Team up to Raise Scholarship Funds 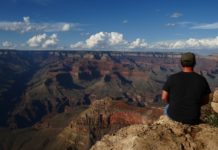 Mistakes, we all make them! 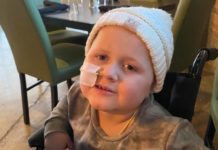 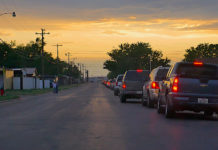