The former broadcaster went to the hospital on Oct. 16 for an infection on his foot that turned septic. The infection took over his body after spreading to his bloodstream, which led to fluid building on his lungs.

Lash began his radio career at the age of 13 and started programming stations while he was still in college. He worked as the manager of WPXZ-FM in Punxsutawney, PA in the early 1990s, and owned his first station from 1996 to 1998 in Ebensburg, PA.

During his time working at WPXZ-FM, Lash was a member of a group that organizes the annual Groundhog Day event in Punxsutawney. He also participated in the filming of the movie, Groundhog Day.

The Whiplash Radio owner served as an on-air talent and sales rep in Indiana prior to launching a Christian radio station in 2003. Besides Classic Country KDDD, Lash’s company also owns Classic Rock KDDD-A (103.5 THE BUZZARD) and the Texas Red Dirt music video channel, Stars Over Texas.

Lash was also fond of professional wrestling and founded the Allied Powers Wrestling Federation in 1993.

Chris’ wife, Kathy, has set up a GoFundMe fundraiser to help with expenses. 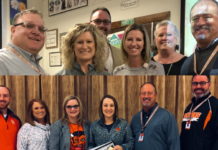 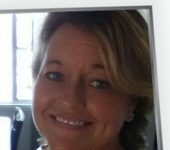