Home NEWS Jenkins on running for county commissioner: Public service is in my blood 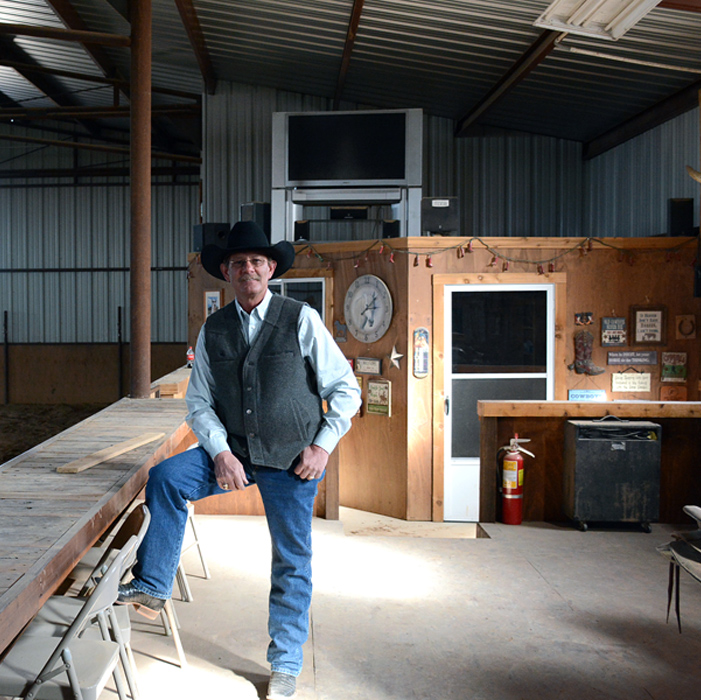 Editor’s Note: The Journal has repositioned this interview so that all three interviews of the candidates for Moore County Commissioner Precinct 3 appear together.

Why do you want to be the Moore County Commissioner for Precinct 3?

I’ve been in Dumas for 17 years and have served as the fire chief all of those years. I told myself that after working as a firefighter for 30 years I would retire, and it will be 30 years on May 5. But that doesn’t mean I’m ready to stop being a public servant. Public service is in my blood, and I want to continue to contribute to the community.

How do you feel about the proposed truck relief route?

Like many other people, I believed a relief route would have a huge negative effect on our economy. I thought the businesses on Dumas Avenue would suffer to the point of closing.

However, as more information is made available, I realize a relief route is inevitable, and it’s important for us to stay in the driver’s seat. It’s likely that businesses will see a decline, but I think it will be temporary. I think in the long run, businesses will locate around the relief route, and the reduced traffic, especially the truck traffic, will contribute to a more vibrant downtown.

There’s not a thing wrong with changing your mind as new information comes out.

As a firefighter, and as a chief, I’m trained to quickly assess a situation and develop a plan, but when I see that plan isn’t working, I don’t keep using it. I stop and make other plans. Of course, as a firefighter, those plans save lives and property, and they’re made quickly, but there are so many other elements to being the fire chief. Not all the decisions are made during an emergency. Long-term planning for the fire department requires me to listen to people, even when I don’t agree with them. That’s what you do when you’re in a position of responsibility. You listen. I have the experience to sit back and get the information I need and listen to the people whose lives you’re affecting.

Do you have the wherewithal to stand up to people when they don’t agree with you?

I do have that characteristic. I’ve always been outspoken, and it goes back to communication. People want to be heard. You have to listen to understand and not just to reply. You have to get all the facts together in order to make an informed decision. You’re not going to please everyone. I’ve had to stand firm in my position as fire chief even when there were people who opposed me, but when you’re in a position of leadership, you have to make tough choices. They’re not always popular, but you have to have the gumption to make them. I’ve never been one to follow just because others are.

I do want to say that I applaud Commissioner Pax. Whoever is elected will have big shoes to fill because he has shown his dedication to the community and that he doesn’t give up. He has been respectful but tenacious regarding the relief route. We have gotten to where we are with that issue because of Milton.

Do you support the hospital expansion?

Yes, I very much support the hospital/remodel expansion.

The county’s budget will be tight next year because of low oil prices. Where would you make cuts?

I believe I would need to look at the whole picture prior to just saying, “I would cut x, y or z.” It’s been my experience that capital purchase items usually get reduced if not eliminated.

What are your strongest qualities?

Since day one I’ve been involved in the community, and while I haven’t served on all the boards and committees, I’ve stayed informed of what is happening in the city and the county. I served as interim city manager for 10 months in 2001 while being the fire chief, so I’m comfortable with juggling multiple responsibilities. As I said before, I’m trained to make decisions. I sometimes have to make them quickly when lives and property are in jeopardy, but I’m also comfortable with making those that require research and listening to other people. So my familiarity with city and county issues, my management training and my strong interest in working toward and a strong economy are some of the qualities I would take into serving as county commissioner.