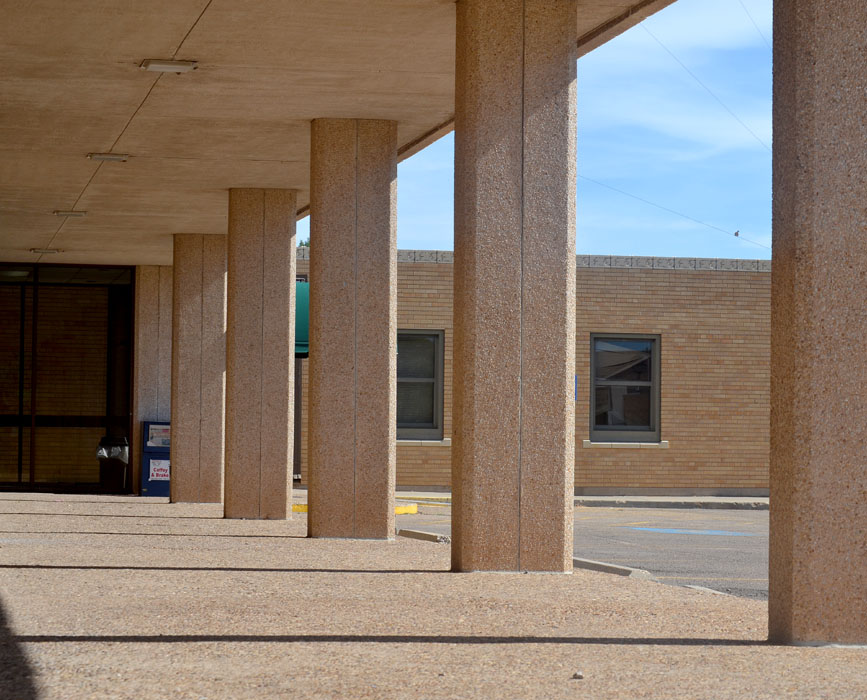 Editor’s Note: This is the first of a five-part series about the Moore County Hospital District.

It’s a success story that would be lauded in any industry. In eight years, the Moore County Hospital District has pumped hundreds of thousands of dollars into its budget by driving up-front cash collections 1,425 percent. You read it correctly. 1,425 percent.

In his report to the board of directors during their meeting June 24, Turner said the goal was $800,000. That’s for one year.

“I come from an environment where you ask for cash up front,” Turner said Friday. “The patients themselves sign up for plans that have deductibles. They say, ‘I’m willing to pay this amount.’ We should ask for it. Not to ask for it is a disservice to all those taxpayers who are saying, ‘Why aren’t you collecting all that money?’”

The astonishing increase in revenue is generated by the six clinics the district operates, which, together, logged about 17,000 patient visits in fiscal 2015, Turner said.

“It’s an incredible number, and a lot of it plays into our physicians,” Turner said. “It’s a big team effort. It starts with qualified, competent skilled doctors. If you have those people, and they do good work, small hospitals without question should far exceed large ones.”

Delivering better care than a large hospital boils down to individualized care, about a medical staff trained to anticipate a physician’s methods in delivering that care, Turner said. Smaller hospitals can reduce “variations,” he said, meaning staff isn’t taxed with the daunting task of learning and remembering how to prepare for surgery for each of dozens of surgeons, each with his or her own exact way of how it’s to be done.

“A big hospital might have 30 surgeons, and all 30 of them have a little bit different way of doing things,” Turner said. “They come into the OR, and the staff is expected to know how to do those things 30 different ways. Not at Moore County. If you start with a skilled doctor, my staff will know what to have there as far as medicine and equipment. They know exactly what that surgeon needs and expects. They are in alignment with the physician.”

The individualized care continues when a patient leaves the OR, Turner said. Instead of 30 surgery patients needing care, Memorial Hospital might have five, allowing staff to deliver focused medical attention to them. That attention to service has kept the hospital’s infection rate among the lowest in the state, Turner said.

The district is performing well, Turner said, and he’s able to use the success stories to impress physicians during recruitment interviews. Health care facilities nationwide battle to draw physicians to their facilities, and it’s especially difficult to get them to come to the Texas Panhandle. One look on a map at the geography, and many physicians balk at living here, but Turner said he’s able to transform what some see as negatives into the advantages of living in Dumas by staying focused on the district’s successes and the energy that’s driving its future.

“The reason we’re able to recruit and retain physicians is because they’re pretty impressed with us,” Turner said. “They see a progressive vision. Many of them say, ‘I never would have thought Dumas would have all this.’”

But it is the vision that continues to drive the district’s success, Turner said. The addition of clinics, an upcoming hospital expansion in the face of sometimes withering opposition and increased revenue all play significant parts in the district’s future.

“This is a business,” Turner said. “I have a mission and a ministry and an obligation to provide quality care to this community. Ninety percent of my revenue is generated through economics. We provide a ton of free care, but we have to keep an eye on the economics of this thing. We have to keep that edge. If we don’t, then physicians say, ‘We don’t want to live here,’ and patients aren’t receiving the best possible care, and they begin to leave, too.”

Turner credits the district’s employees with the drive that is pushing the district forward. He recently recommended to the board they increase the district’s minimum wage to $10 an hour from $8.50. In his Strategic Plan, he’s included strategies to pump up employee participation and morale, and while he’s candid in that plan about the obstacles the district faces, especially considering the challenge of competing with Amarillo’s hospitals, he’s confident the district can compete.

“This organization has performed well over the last eight years,” he said. “We have been successful financially, with quality initiatives and patient satisfaction, and while I am the CEO and the face of the organization, I’m not this organization. It’s not me. My employees are the reason we’re successful. Our organization should reflect the community’s needs, and we do.”