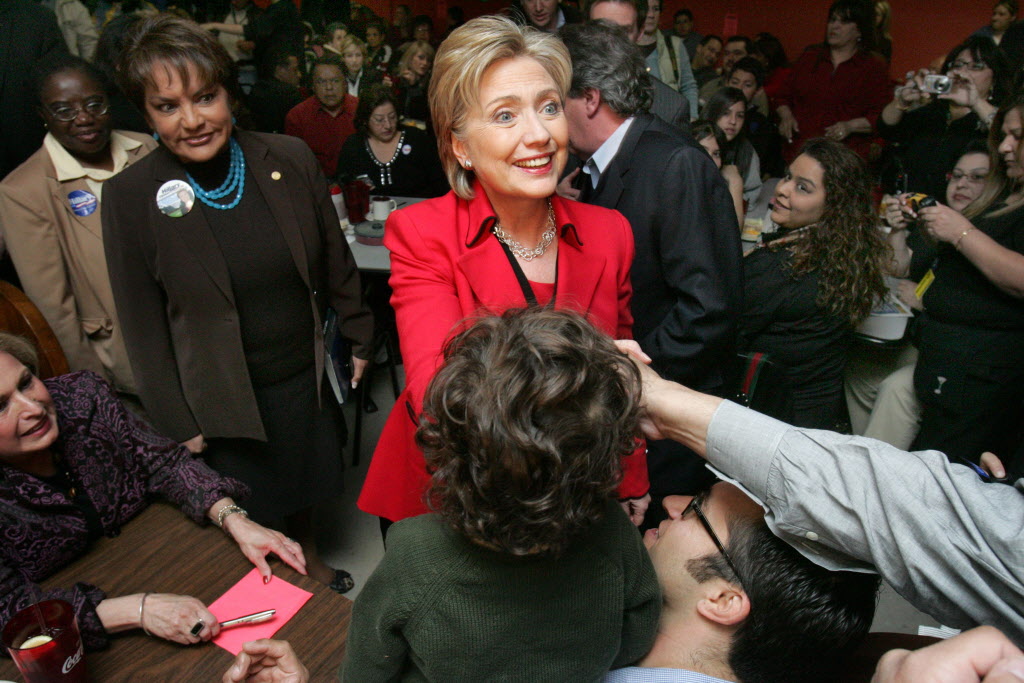 Debbie Branson is chairwoman of Parkland Hospital’s Board of Managers.

Event hosts are asked to raise $50,000 for the June 3 dinner, while co-hosts are invited to kick in $27,000. Regular attendees are required to pay $2,700, according to an invitation to the fundraiser obtained by The Dallas Morning News.

The next day, Clinton has scheduled a similar, breakfast fundraiser at the Austin home of Suzanne and Marc Winkelman.

Clinton is the overwhelming favorite to win the Democratic nomination for president. Even so, she has vowed to run a broad campaign beyond the early primary states. According to a campaign official, Clinton will spend the next month visiting Florida, Texas, and Missouri. She has fundraisers planned for all of those trips.

RNC spokeswoman Ruth Guerra criticized Clinton for campaigning instead of responding to questions about her State Department tenure.

“Instead of answering at least one of the many questions regarding foreign donations and her secret email server, Hillary Clinton continues to opt for staged campaign events and private fundraisers,” she said in an email. “If Hillary thinks these tactics will work in Texas, she clearly doesn’t know Texans.”

Clinton is popular in Texas and Democrats are excited about her visit. In 2008 she won the Texas primary against Barack Obama by six percentage points. But Obama bested her in the caucuses and essentially split the delegate allocation.

The 2016 Texas primary is currently scheduled for March 1.