Home OPINION Here’s lookin’ at ya, Class of ’75 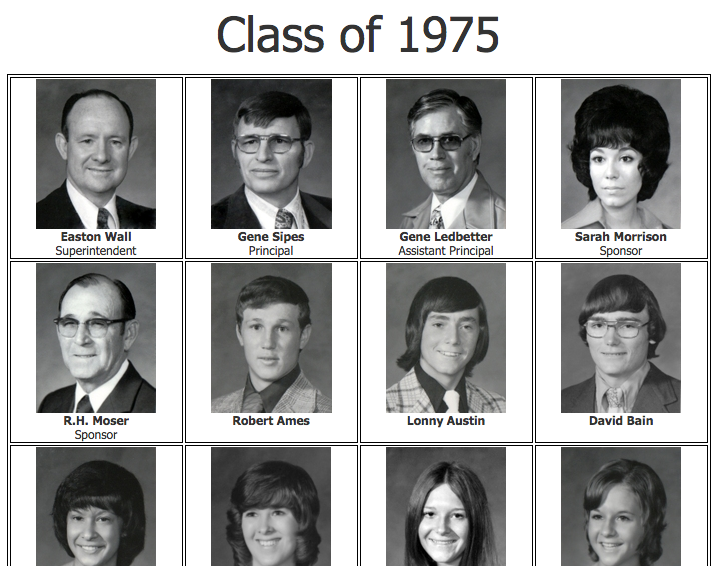 The Dumas Noon Lions Club will kick off the 69th Annual Dogie Days celebration next week, keeping alive a treasured Dumas tradition. As a kid growing up in Dumas, Dogie Days seemed like a multi-celebration: the end of the school year and the kick off of summer, and I have great memories of the celebration back in the 1960s and ’70s when it was held on the courthouse square.

I realize I’m falling into that favorite senior past time of thinking the earlier decades were better than today, but we do that because we tend to look at the past through a lens covered with a soft filter. It’s nicer to remember those years without the intrusion of Vietnam, the campus riots and Watergate. We focus on a time when kids ran all over town on their bikes without fear and when it cost a quarter for a ticket at the Evelyn. But then I was paid 50 cents to pick up the trash all around the Demon Mart, so that quarter represented several hours of work. I also had to walk all the way from my house on the southwest side of Dumas to the northeast side to get to the Demon Mart. Today, if an 8-year-old kid did that, someone would call CPS before the water could get hot.

But the thing I’m looking forward to the most this year is seeing some of the people I went to school with, some of the people I ran around the courthouse square with back in the ’60s and ’70s when the Dogie Days carnival wrapped around three sides of the courthouse — the games on the north side and the rides on the east and south sides. The celebration seemed more exciting then, and not because I was an excited kid set loose on the town. Dogie Days on the courthouse square, including the barbecue, seemed to be more electrified when it was downtown. The energy was different there than it is at McDade Park.

So the class of ’75, and others, will descend upon Dumas, and I’ll get to see some of the people I haven’t seen in 40 years. The class of ’75 was one year ahead of me, but there were good friends in that class. With the help of Facebook, we’ve reconnected, and I’m sometimes amazed at the directions our lives took these past 40 years. I can still see us as teenagers at Dumas High School juxtaposed with who we are today. It’s an amazing image. I might be talking to a friend who now struggles to get into a size 12 dress, but during the conversation, the small-waist girl who drove the boys crazy with her mini skirts and platform shoes still gleams in her eyes now framed behind bifocals.

But I also think about our teachers from those days each time I speak to my old friends. Pauline Moser who was a living saint. The woman had an inexhaustible supply of energy and talent and was devoted to her students and her community. Mary Sheehan who made me want to sit up straighter and whose kind words carried me through some very difficult years. Don Craig who was the first person in my life to tell me I had talent and who could hurl an eraser with deadly accuracy at a band student playing out of time. Alice Porter. Dear Alice Porter. She made English class an adventure worthy of Dead Poets Society. We chanted the prepositions, took love tests and had our handwriting analyzed. She was unorthodox and fun. Unfortunately, she was too unorthodox for some. The superintendent’s daughter was in my English class, and she would report to her father what we were doing. It was Alice’s last year to teach at Dumas High.

There was Coach Lackey with his feet up on the desk, one shoe with a hole in it, talking to us like we mattered. Because we did matter to him. And Walter Burgess, so humble and skilled. Years later, I learned he was a submariner during WWII and had honed his geometry skills as he plotted torpedo trajectories to hit Japanese vessels. When I realized I had been privileged to sit in the class of a war hero, it made me wish I had had the sense to thank him. Oh, and he taught me a wicked tennis serve with a spin that defied physics.

Most of those teachers are gone now, but their legacies live through the students whose lives they helped mold. And when the class of ’75 comes together at Dogie Days, I’ll easily recall Jan Miller sitting in the French horn section and Martha Dunn beside her. I’ll remember with clarity Janie Christie leading us in prayer before we stepped out on the stage before a school play. I’ll remember those years before life kicked some of us in the teeth and stood on our necks.

And I’ll be grateful that we all survived running around town all day unsupervised, riding to Lake Meredith in the back of pickup trucks and following city trucks down the alleys on our bikes as they sprayed toxic DDT to kill mosquitoes. Mostly I’ll be grateful that some of us fought back when the weight of life almost suffocated us. Some of us didn’t survive life, and I remember them, too.

Here’s lookin’ at you, precious friends.