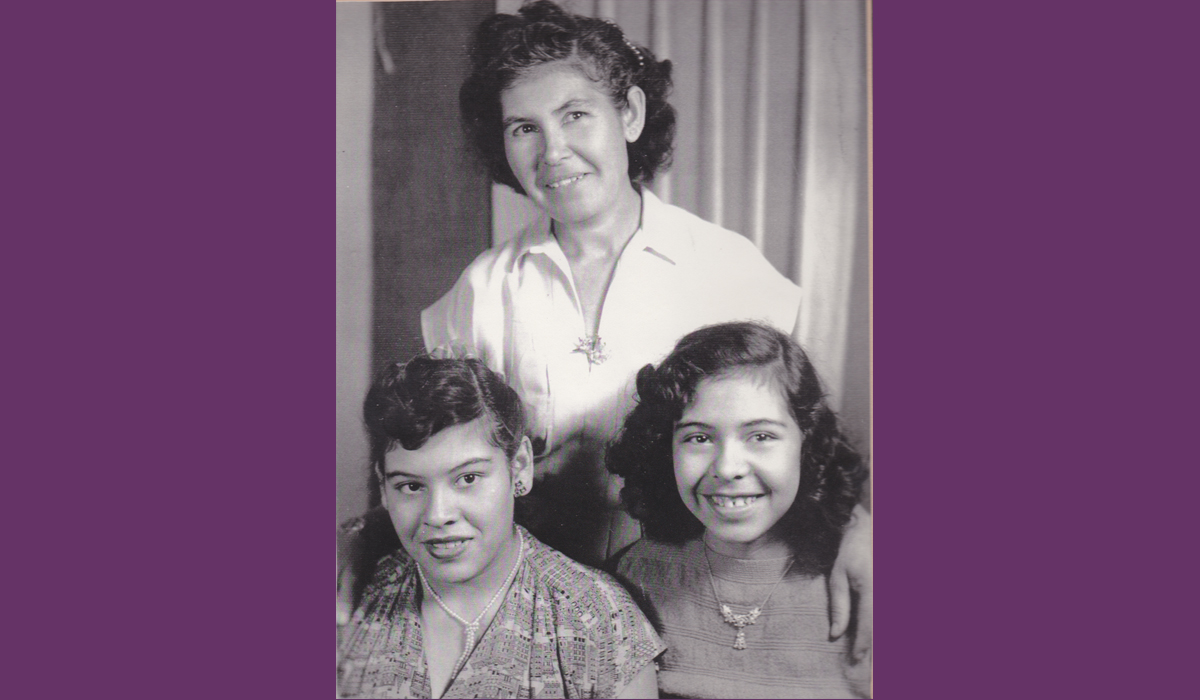 My grandmother was the kind of woman who could pour coffee with one hand and shoot a snake out of a tree with the other. I miss her deeply.

She died in 1995, 14 years after my grandfather’s death. During all the years I knew them, I never heard my grandparents raise their voices at one another. I never heard them say one word to each other that had even a tinge of disrepect. I didn’t know it when I was growing up, but my grandmother had class. A friend who is a set designer in Hollywood once told me the definition of class is the ability to make people around you feel comfortable at all times. When he said it, I knew my grandmother had it.

Maria Vidaurri Ramos was born June 10, 1910, on a large ranch south of Laredo. She was the oldest daughter of Laureano and Refugio Vidaurri, and the ranch had been in their family since 1750. The Corralitos Ranch was still large when my grandmother was born, but it was much smaller than the original 386,000-acre land grant my ancestors had received from the Spanish crown.

I remember taking Texas History in the 7th grade, a required course, and the textbook contained a few pages that touched on the Spanish and Mexican “influence” in Texas. The conquerors write the history, so the book explained that the real colonization of Texas began with Stephen F. Austin. I yawned. The descendants of the first Spanish settlers were dismissed to a splattering of paragraphs, pushed to the corner of Texas’ history.

My grandmother was a direct descendant of Jose Vasquez Borrego, a wealthy haciendado whose restlessness kept pushing him further north into what was then Spain’s holdings in the New World. Life was painful on the South Texas ranches. There was never any peace. When the Indian raids relented, the Americans began their attacks, not stopping until Texas had been wrestled away from Mexico. After the Mexican-American War, Mexico lost almost half of its territory to the United States, the result of Manifest Destiny.

That history affected my family. The 386,000-acre ranch slowly slipped away from my family and into the hands of the Americans who were passing laws from Texas to California to remove the Spanish and Mexican descendants from their positions of landowners and reduce them to servants. In her lifetime, my grandmother saw her grandfather, her father, an uncle and three cousins murdered as they tried to keep the ranch in the family. Her grandfather was murdered after he won a lawsuit that returned the land to him. Thirty years later, her father was forced to sue again to recover land the Anglos were attempting to take away. He lost the lawsuit, but he won the appeal. He was murdered a few days later. The next day, three of grandma’s cousins were murdered, too. Her brother, Alejandro, fled to Dumas because he also was in danger of being murdered. He was my great-grandfather’s heir and a threat to the people who wanted the ranch.

My grandmother was living in Monterrey, Mexico, when her father was murdered. My grandfather, Anastacio, was from Mexico, and my aunt Antonia, my mother, Victoria, and my uncle, Anastacio Jr., were born there. They joined my grandmother’s brother in Dumas shortly after my great-grandfather’s murder. I can only imagine the train ride from Laredo to Dumas.

Grandma was seven months pregnant with my aunt Juanita, and they made the move in late July 1944. The heat must have been unbearable as they traveled from South Texas to the Panhandle on the train, burdened with luggage and three small children. I never heard Grandma talk about that trip with disparaging words, though. She was accustomed to adversity, and she met it head on.

My great-grandmother died when Grandma was 12 years old. She never recovered from the loss. I suppose Grandma, being the oldest of her siblings, strapped on the role of caregiver when her mother died, and she never took it off. When she was dying, I tried to comfort her by explaining it was okay for her to go if she wanted. I knew she was tired, and I knew her pain was deep. For a moment, her faculties would return, marshaled by a maternal force that was stronger than anything life could throw at it, and she would look at me.

That was my grandmother. Her generosity ran deep, but her love for her family ran deeper. Nothing could sway her from the devotion to her children and grandchildren. She would immediately forgive a wrong, and she saw us as God must see us. How else could she have loved us so unconditionally and completely? 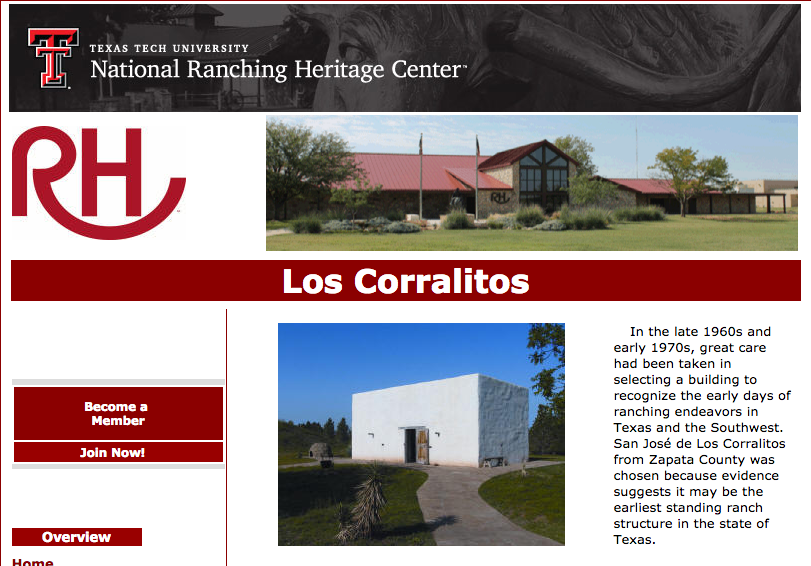 My grandparents raised me, and our home was a Spanish-speaking one. Some of my fondest memories as a boy are the ones created when I was playing outside during the summers with my cousins. We could hear the rhythmic beat of Grandma’s rolling pin as she spread dough into perfectly round tortillas. The rolling pin would hit the dough, then she’d pick up the circle, give it a turn, and we’d hear it plop back on the board to be spanked again by the rolling pin. Soon, the smell of tortillas cooking on her comal drifted outside and carried us into the kitchen.

In our home, music and food carried us through a life that was by no means financially prosperous. My grandfather worked at the American Zinc plant. He was paid on Fridays, and our lunch boxes reflected the bounty. Tuna sandwiches replaced the bean burritos, and we thought we were Vanderbilts on that one day. We didn’t feel different from the other kids at the Catholic School. Most of them were in the same impoverished boat.

When we’d go home after school, we’d usually find Grandma crocheting, sewing, cooking or working in her flower beds. She loved her plants. She told me when I was very young that flowers are an offering to God, and that’s why she loved them so much. My grandmother was a devout Catholic, and her faith in God was unshakeable. Perhaps that’s why I never heard her complain. She took it all to God in prayer, and the blessings spilled over on her family. She always sought God’s protection for us. Any time someone would leave the house on a trip, Grandma stood at the door to bless the departing family member, making the sign of the cross and whispering a blessing.

In my grandmother, I could see the tenacity and determination of her ancestors. She never complained about the loss of her family’s vast ranch. She never talked about what could have been or what should have been. She looked life squarely in the eye and often made it move out of her way. She told me her father drilled into her a philosophy: “Nunca se muestra la necesidad.” Translated, it means, “You never show you’re in need.” And she didn’t. Grandma always walked out of her humble house with her head up. Her hair was styled, her nails painted and her clothes starched. She ironed everything, including my granddad’s boxers. My family is still addicted to ironing.

Today, when I smell Chanel No. 5 or White Shoulders, the fragrance brings her back. I can see her moving around in her kitchen again or talking to her beloved plants. As a little boy, I loved sleeping in her bed because her perfume filled the sheets, and I felt safe. She loved me even when I didn’t deserve to be loved. She doled out that love in heaps, and it’s carried me through many crisis. She was a beautiful, regal woman.

My grandmother still lives. She lives every time I cook something she taught me to make. She lives in her plants that continue to flourish long after her death, and her energy still reverberates throughout her little house on Miller Avenue.

Maria Vidaurri Ramos was the embodiment of Spanish grace. She was the daughter of conquistadores, and even though her family lost all the trappings of wealth when the ranch was lost, nothing took away her dignity.

My grandmother had class.