Home NEWS Greg Smith taught Sunray city employees to carry on, and they are 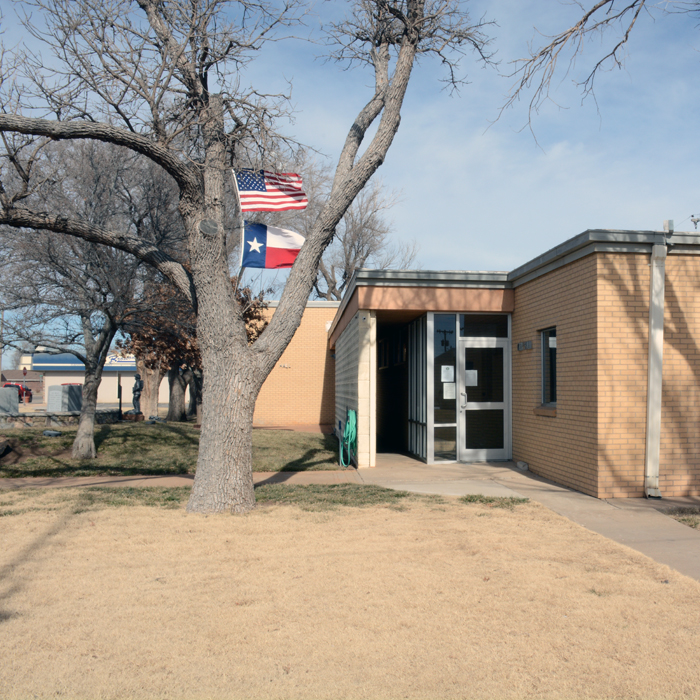 Above: The city of Sunray is interviewing city manager candidates after City Manager Greg Smith died suddenly. The city also will look for a police chief to replace Chief Jason Collier who resigned Jan. 17.

It is a testament of Greg Smith’s dedication to Sunray that three months after his death, the city is running smoothly. The sudden loss of the much-loved and respected city manager threw the small Moore County town into a spin, but they’re coping — because he taught them how to cope.

“Even though we miss him terribly, we’re able to do our jobs because he always let us do our jobs,” said Kathy Lee, who has worked at Sunray City Hall for 18 years. “Greg wasn’t a micro manager. He was a good leader.”

Mayor Brenda Emmert, with the help of the city council and the city’s department heads, marshaled the staff and made sure operations continued without a hiccup during a time of citywide mourning. Employees reshuffled some of their duties, but they did it confidently because they say under Greg’s management, they were confident.

But then the course hit a pothole when the Sunray chief of police unexpectedly resigned Jan. 17. Jason Collier had been in the position only three months, and his resignation stung; he was third chief the city has had in three years. Emmert said Collier resigned because of pressing family issues, the same reason Tim Holzschuh, who was the chief from October 2013 to July 2014, resigned. Aaron Sheehan, the chief from July 2014 to May 2015, wasn’t a good fit, Emmert said.

The search for a police chief will take a back seat to the search for a city manager. Emmert said a committee has interviewed four candidates, and one of them is returning Monday for a second interview. The Panhandle Regional Planning Commission, which is set up to help local governments in a 26-county area, helped Sunray find the candidates.

“The PRPC told me not to make any big changes after losing Greg,” Emmert said. “We’re faced with making major decisions, but we’re going about it the right way. Hiring a city manager is the priority right now. We’ll look for a police chief after that.”

Sunray has two police officers who have stepped up to fill the gap, and the Moore County Sheriff’s Department is helping. Stepping up is the attitude throughout the city, Cindy Morton said. She has worked at City Hall for 10 years, and she and Lee are running the office as smoothly as Greg taught them to do.

“I’m not saying it hasn’t been difficult because Greg knew almost everything about Sunray,” Morton said. “He knew the people.”

As interviews for a city manager wind down, Morton and Lee say they’re not looking for someone who will be Greg.

“We’re not even going to try,” Morton said, “but Greg was a man of great integrity and honest to a fault. Those are two qualities in a new city manager we’re not backing down from.”

And it would be good for the new city manager to have Greg’s patience.