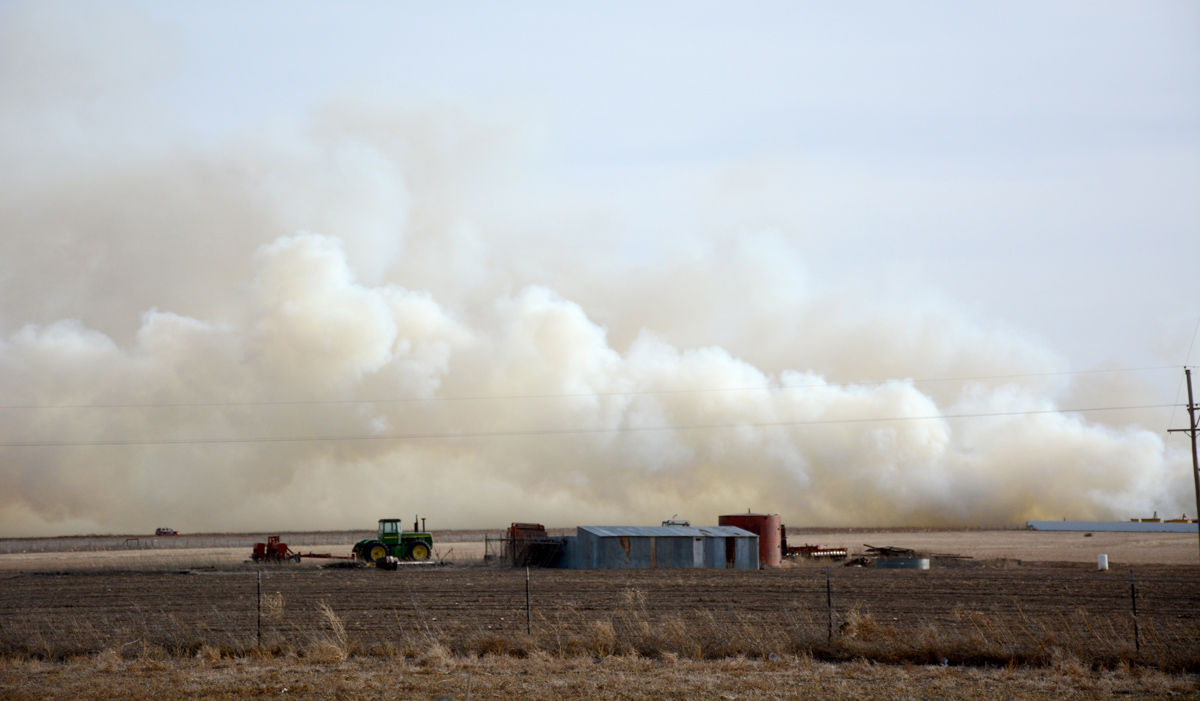 Above: Smoke billows from a grassfire north of Dumas on Friday.

A grassfire north of Dumas on Highway 287 burned about 25 acres Friday before firefighters put it out. The fire started about 3 p.m., and eight firefighters from the Dumas Fire Department had it out at about 6:30 p.m.

Dumas Fire Lt. Luis Trujillo said the cause of the fire isn’t known, but it created a situation that caused officials to evacuate some of the residents in the area as a precaution.

“There was no structure damage, but it was close,” Trujillo said. “People should know we’re in a burn ban. We have conditions that can easily create deadly fires.”

It hasn’t been too many years since a deadly wildfire burned through Moore County. A fire that burned about 35,000 acres began April 9, 2011, killed Elias Jaquez, a Cactus volunteer firefighter, after his brush truck got stuck in sand. Jaquez died April 20, 2011, from his injuries.