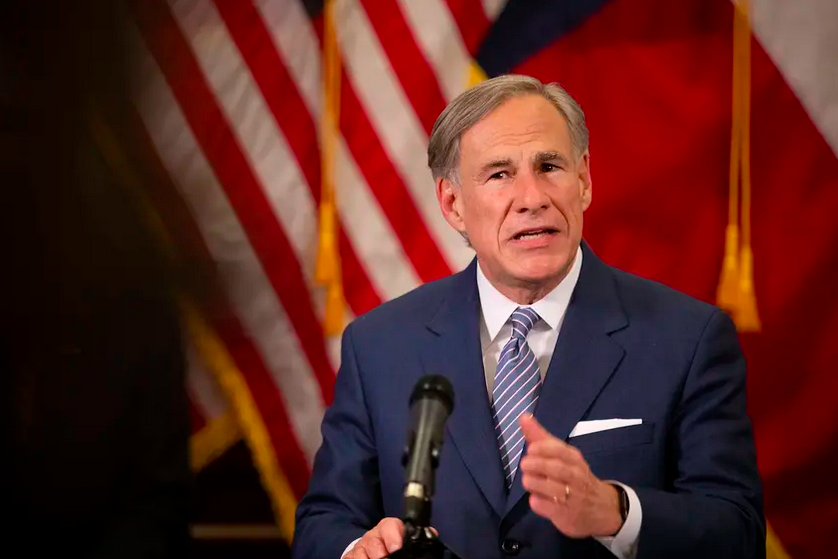 Gov. Greg Abbott is soon expected to make an announcement about reopening a wide range of Texas businesses amid the coronavirus pandemic, including restaurants, hair salons and retail outlets.

During a series of radio interviews Wednesday, Abbott gave the most details yet about the highly anticipated announcement, which he has been previewing since he announced preliminary steps to reopen the economy last week. He initially advertised the next wave of steps as scheduled for Monday but made clear in some of the interviews that they could now come sooner.

Abbott stressed in the interviews that he is seeking approval from medical advisers on the business reopenings and that they will reopen under new standards to slow the spread of the coronavirus. He also suggested his announcement’s implementation could vary by county, depending on how prevalent the virus is in each place.

“We’re gonna be making an announcement opening so many different types of businesses, where you’re gonna be able to go to a hair salon, you’re gonna be able to go to any type of retail establishment you want to go to, different things like that, with a structure in place that will ensure that we slow the spread of the coronavirus,” Abbott told Lubbock radio host Chad Hasty, adding that businesses won’t be “fully opened, but … will be opened in strategic ways, in ways that are approved by doctors to make sure we contain the coronavirus.”

In a second radio interview, Abbott said the announcement will come “either this Friday or next Monday,” with the reopenings going into effect a week after the announcement. Business have said they need that weeklong period to “ramp up” again, according to the governor.

Currently, Texans can patronize restaurants through takeout or delivery. Starting Friday, retailers will be able to deliver items to customers’ cars or homes under the “retail-to-go” model that Abbott recently announced. Abbott’s comments Wednesday seemed to suggest that Texans would soon be able to go inside those establishments, though they would still be required to follow unspecified standards to keep the virus at bay.

He has faced pressure from some in the most conservative wing in his party to quickly reopen businesses as they struggle from the economic effects of the virus. Many Democrats, meanwhile, have urged him to slow down.

“If Abbott’s mismanaged timeline wasn’t already too quick, now he’s threatening to put Texans at-risk even faster, while we still rank near the bottom in terms of testing and have yet to hit our peak in deaths,” said Abhi Rahman, a spokesman for the state Democratic Party.

But polling from the latest University of Texas/Texas Tribune poll shows the governor is getting high marks from Texas voters — 56% of Texas voters approve of the job Abbott is doing and only 32% disapprove.

On Wednesday, the number of coronavirus cases in Texas surpassed 21,000, with 543 deaths, according to the latest numbers from the Texas Department of State Health Services. The virus has been identified in 200 out of the state’s 254 counties.

Some of the state’s most populous counties, such as Harris and Dallas counties, remain hotspots, and local leaders there continue to harbor concerns about reopening the economy too quickly. At the same time, some rural counties have had very few or no positive tests, leading some officials there to agitate for a return to normal.

Abbott told Hasty that he was taking those geographic differences into consideration as he plans his next announcement.

“We are looking at counties where there have been like zero cases, or just a low number of cases … and these would be mostly rural counties. They may be able to have an expanded version of being able to open up,” Abbott said. “And then on the flip side of that, there are some counties where the outbreak is still progressing too rapidly, and they may not be able to fully participate in the initial phase of reopening until they get the spread of the coronavirus in their county under control.”

During the radio interviews, Abbott also fielded questions about whether Texas schools will reopen in the fall. He announced last week that they will remain closed for the rest of this academic year.

Abbott said it is too early to tell whether schools can open again after the summer, noting the ongoing concern that the virus can make a “rebound” until a vaccine is finalized. However, he said he expects medicine that treats the virus to become widely available before the fall.

“Our goal is to be able to open schools in the fall, but we simply will not be able to make that call until we get closer to that time period,” Abbott told the conservative radio host Glenn Beck.

“Gov. Greg Abbott promises far-reaching announcement on reopening Texas businesses, including restaurants, hair salons” was first published at https://www.texastribune.org/2020/04/22/texas-greg-abbott-reopening-restaurants-hair-salons/ by The Texas Tribune. The Texas Tribune is proud to celebrate 10 years of exceptional journalism for an exceptional state.