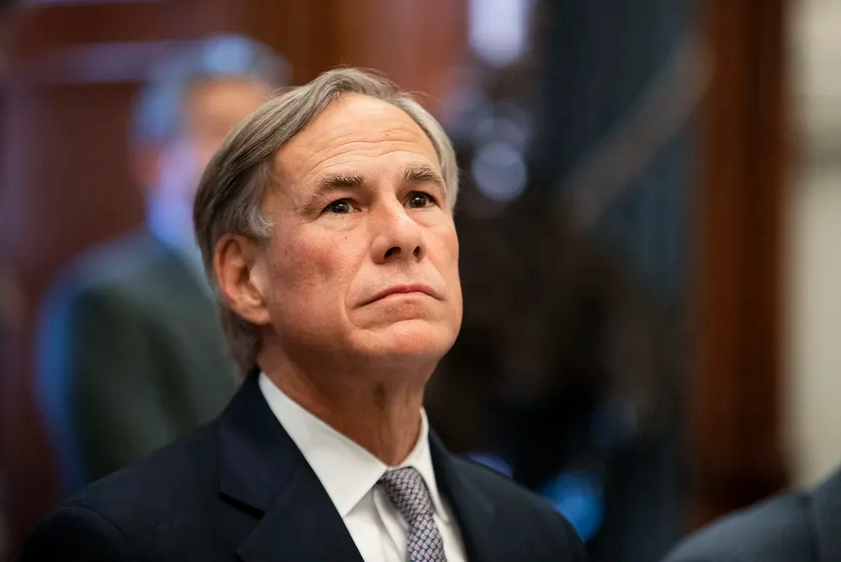 Gov. Greg Abbott on Thursday took sweeping action to contain the spread of the novel coronavirus across Texas, closing restaurants and schools, among other things.

During a news conference at the state Capitol, Abbott announced an executive order that will limit social gatherings to 10 people, prohibit eating and drinking at restaurants and bars while still allowing takeout, close gyms, ban people from visiting nursing homes except for critical care and temporarily close schools. The executive order is effective midnight Friday through midnight April 3, Abbott said.

The executive order reflects federal guidance that came out earlier this week.

“Working together, we must defeat COVID-19 with the only tool that we have available to us — we must strangle its expansion by reducing the ways that we are currently transmitting it,” Abbott said, flanked by Lt. Gov. Dan Patrick and Texas House Speaker Dennis Bonnen. “We are doing this now, today, so that we can get back to business as usual more quickly.”

Abbott’s announcement is a remarkable shift after he spent days deferring to local officials on virus-related issues such as business and school closures. Before Thursday, Texas’ biggest cities had acted on their own to stop the spread of the virus locally. Places like Houston and Dallas had already ordered restaurants and bars closed. But Abbott said Texas’ historical approach to disaster response was being tested by a rapidly evolving situation, noting that, for example, there were 39 confirmed cases in Texas when he made his initial disaster declaration six days ago and now there are more than 140 cases.

“The traditional model that we have employed in the state of Texas for such a long time so effectively does not apply to an invisible disease that knows no geographic and no jurisdictional boundaries and threatens the lives of our fellow Americans across the entire country,” Abbott said.

Abbott also announced that state health commissioner John Hellerstedt declared a public health disaster earlier Thursday. Abbott said it is his understanding that the last time such a declaration was made in Texas was 1901.

Detailing the executive order, Abbott said that while dining in at restaurants is prohibited, takeout is “highly encouraged.” And while schools will be temporarily closed, Abbott said education should continue online or through other methods.

Abbott emphasized the executive order is not a shelter-in-place order, saying that Texans can still go to places like the grocery store or bank and that “all critical infrastructure” remains open. Employers can keep their workplaces open but should only use “essential employees” and allow others to work remotely, Abbott said.

The executive order could be extended beyond April 3 depending on the status of the outbreak in Texas, Abbott said.

His announcement was not entirely unexpected. Asked Wednesday if he was considering statewide restrictions on bars and restaurants, Abbott said he was and would have an announcement Thursday but first wanted to get input from local officials.

Abbott is set to address the outbreak again at 7 p.m., when he will participate in a virtual town hall hosted by Nexstar in Austin. The event will air live on 14 Nexstar stations across the state as well as online.

“Gov. Greg Abbott orders Texans to avoid groups larger than 10; closes bars, gyms and restaurants for dine-in” was first published at https://www.texastribune.org/2020/03/19/texas-restaurants-bars-closed-greg-abbott/ by The Texas Tribune. The Texas Tribune is proud to celebrate 10 years of exceptional journalism for an exceptional state.