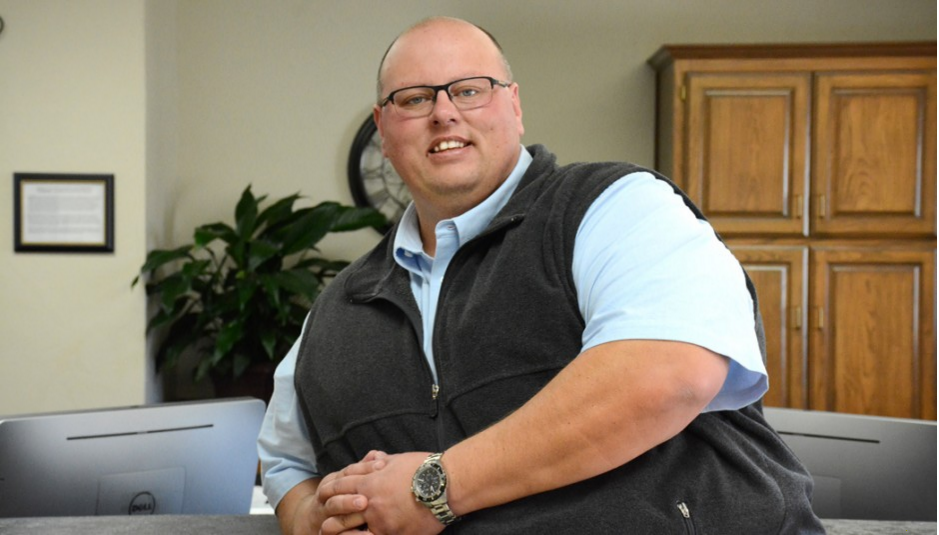 Above: The Amarillo Globe News published a report Sunday about an investigation that involves Rob Roach, Sunray’s recently hired city manager. The story is really about giving Panhandle’s mayor an opportunity to drag Roach through the mud.

The Amarillo Globe News reported Sunday that Sunray’s recently hired city manager, Rob Roach, is under investigation for theft of property by a public servant, an issue that stems from his previous job as the city of Panhandle’s city manager. The Globe News report says, “… the investigation is theft of property by a public servant between $30,000 and $150,000”, and while it’s a Department of Public Safety investigation, it’s being led by the Texas Rangers.

I had started this piece as a news story, but I decided to write it as an editorial because there’s so much to be said about the Globe News’ story, and it can’t be done in a news story.

Roach began working for Sunray on Feb. 15, almost four months after Greg Smith passed away. In a statement the city of Sunray released Monday, Mayor Brenda Emmert said, “The city of Sunray contracted with Panhandle Regional Planning Commission, Local Government Services Division to conduct a city manager search for the city of Sunray. In working through that process, we ultimately selected Rob Roach as our final candidate and signed a two-year employment contract with Rob Roach on Feb. 11, 2016.”

The PRPC is set up to help local governments in a 26-county area, and they submitted a list of candidates they recommended for the city manager’s position to the city of Sunray. The PRPC vets the candidates and does the background checks. Their check didn’t reveal anything they thought Sunray’s officials should be concerned with.

The Globe News’ story is sensational and one-sided. It says Panhandle’s interim city manager, Terry Coffee, “refused to answer questions about the city’s financial situation, citing the ongoing investigation.” But that didn’t stop Panhandle Mayor Doyle Robinson from weighing in. I’ve never been able to get a municipality, a law enforcement agency or any other body to comment on an ongoing investigation, but Robinson was happy to go on record and drag Roach through the mud. What’s worse is that the Globe News printed it.

Robinson said Roach “wouldn’t tell us the truth” about why the city’s financial audits had been late for years. For years? Why would any city council or commission allow audits to be late for years? That’s unheard of. He also said Roach “… changed the employee handbook without our authority. It was his way of trying to cover it up, I guess.” He changed it without their authority? Were they sleeping? How could they not have known it was changed?

As a journalist, my mind is reeling over a mayor making those statements while there’s an ongoing investigation, and I’m absolutely floored the Globe News would print them. They, and Robinson, have opened themselves up to libel lawsuits. How could the Globe News’ editors have allowed this one-sided, sensational story to go to press? It’s unprofessional, and the Globe News pretty much gave Robinson a forum to express his opinions of Roach’s performance as Panhandle’s city manager. They are opinions, not the findings of a law enforcement agency’s investigation.

Robinson also said Sunray officials didn’t call Panhandle to ask about Roach. No, they didn’t because they paid PRPC to conduct the search and do the background checks. The Globe News referenced PRPC several times, but there is no mention in their report that they called PRPC. No, what the Globe News did was give Robinson a mic to attack Roach. When the reporter turned in his story, his editors should have howled and sent it back for major revisions. Now, their publisher should be howling, and if he’s not the Moore County Journal certainly is.

It’s one thing to write a report based on facts and the findings of a legitimate investigation. It’s quite another to base it on the opinions of a mayor who has no business talking about an ongoing investigation. Certainly the Globe News should do investigative stories, but this wasn’t one of them. They came into Moore County and wrote a piece that is not only sensational, but it impugned a city official’s reputation before the Texas Rangers or DPS issued their findings.

It’s too bad the city of Panhandle doesn’t have such a policy that would prevent their mayor from issuing opinions about a former employee. He should be censured, and Panhandle should pray they’re not sued.

And, if the Globe News can’t come into our county’s communities and write fair, professional pieces, then they need to stay the hell out.