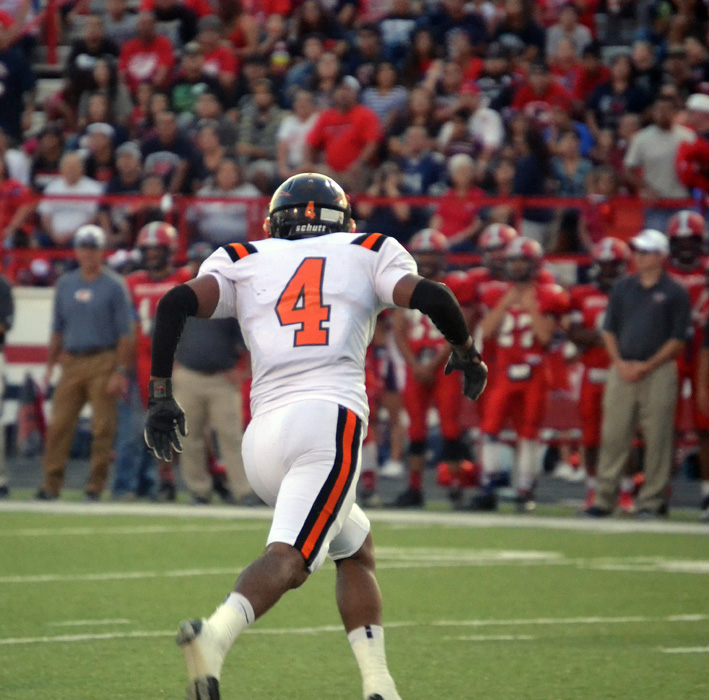 On Thursday at 7:30 p.m., the Dumas Demons will face the Caprock Longhorns in their final game of the regular season. Both the Demons and the Longhorns have extended their seasons by clinching playoff spots in District 3-5A. Achieving this major goal puts the Demons’ other goals within reach.

In a game in which both teams have secured a playoff spot going into the final game of the regular season, one might ask, “What is there to play for?” One might assume that both teams would enter this contest with the mindset of getting out of the game as healthy as possible in preparation for their first-round matchups without expending all of their resources. One also might assume the players and coaches would be looking ahead to their first-round opponents without giving much attention to this week’s opponents. This is not the case with the Demons.

Our matchup this Thursday night with Caprock will be for the 3rd and 4th place district spots. There is a huge difference between 3rd and 4th place. If there wasn’t, they wouldn’t award any place below 1st and 2nd place. That is something to play for!

In every sport, whether it’s in a game or in a season, people love to perceive trends. Is a team that is playing well going to keep playing well? If one believes in momentum the answer is, “Yes.” If a team won a bunch of games heading into the playoffs, surely they would be expected to do better once they got there. They have the momentum. Having momentum going into the playoffs ties into the concept of “peaking at the right time.” Most coaches would agree they want to play their best football at this time of the season. The Demon football team needs momentum going into the playoffs, and the Caprock game is an opportunity to get it and improve our level of execution before the playoffs. That is certainly something to play for!

As a coaching staff, we constantly preach “start fast … finish strong” to our team. We expect this in our daily practices, in our weekly preparation, in our performance on game nights and throughout the season. We passed the test of starting fast. We will have the final tests of the regular season on Thursday — finishing strong. We believe in our team.

We are … DEMON STRONG!