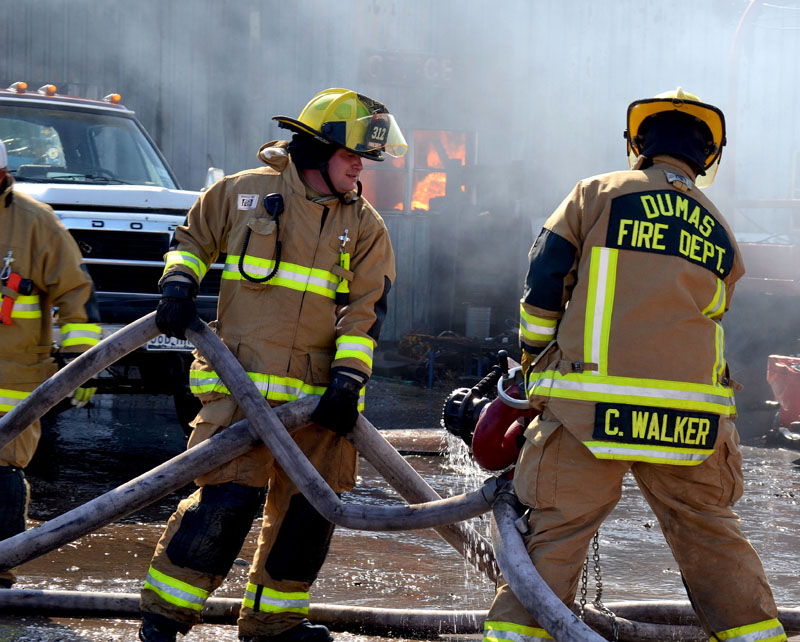 Above: Dumas firefighters battle a blaze that destroyed a building northeast of Dumas on Saturday.  (Photos by Steve Ramos/Moore County Journal)

Fire destroyed a 12,000-square foot structure northeast of Dumas on Saturday. The Dumas Fire Department responded to the fire at about 5:05 p.m. and found the building engulfed in flames, according to Fire Capt. Larry Dutcher.

“I’m not letting anyone inside the building because the structure is collapsing,” Dutcher said. “I’d rather lose property than lives.”

Dutcher said the building, in addition to collapsing, contained materials such as acetylene tanks that could create a hazard for the firefighters. The firefighters shot water into the metal building, and the collapsed roof was visible through the open garage doors. About 4,000 feet of fire hoses stretched from a hydrant on North Maddox Avenue to the building near 10000 McClary Road.

“There isn’t a fire hydrant near the building, so we have to bring water in from Maddox,” Dutcher said.

Six fire department units responded to the fire, and the firefighters had the fire under control within an hour. The building’s owner, Darrell Hayes, said he had been cutting metal with a torch earlier in the afternoon, but he made sure the area was secure when he left.

“I poured water all over the area twice, and I didn’t leave the building until about 45 minutes after I had been cutting,” Hayes said. “I didn’t see anything that could have caused a fire when I left.”

Hayes said he doesn’t have  insurance on the building or the contents, but a fire inspector had recently inspected the building.

“It had fire-proof insulation, and it was about as fire proof a building as you can make one,” Hayes said.

The building is located out of the city limits, and an investigation into the cause of the fire would be at Moore County Sheriff Bo DeArmond’s discretion, Dutcher said.

No one was injured in the fire.

Watch the video of the fire below. 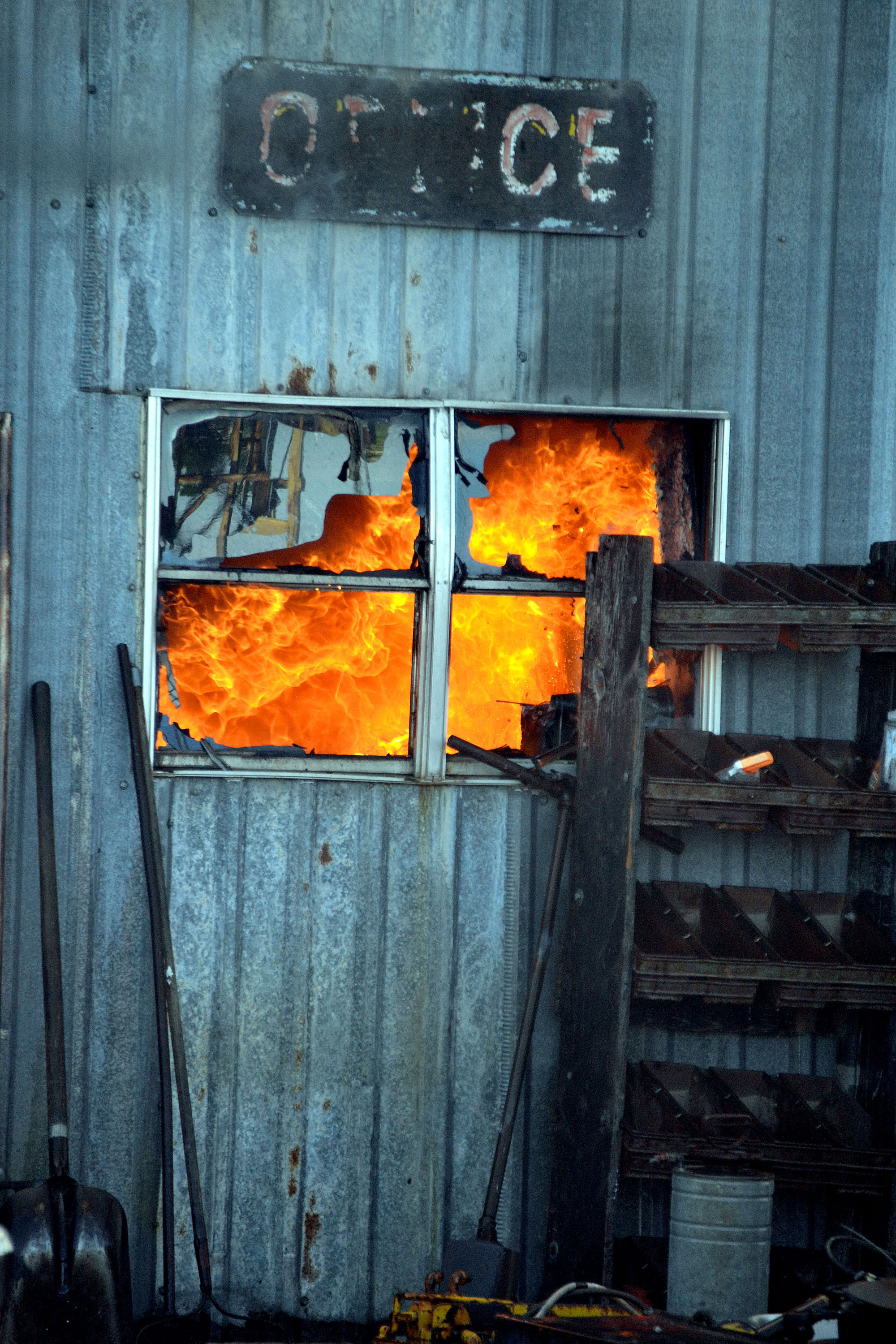