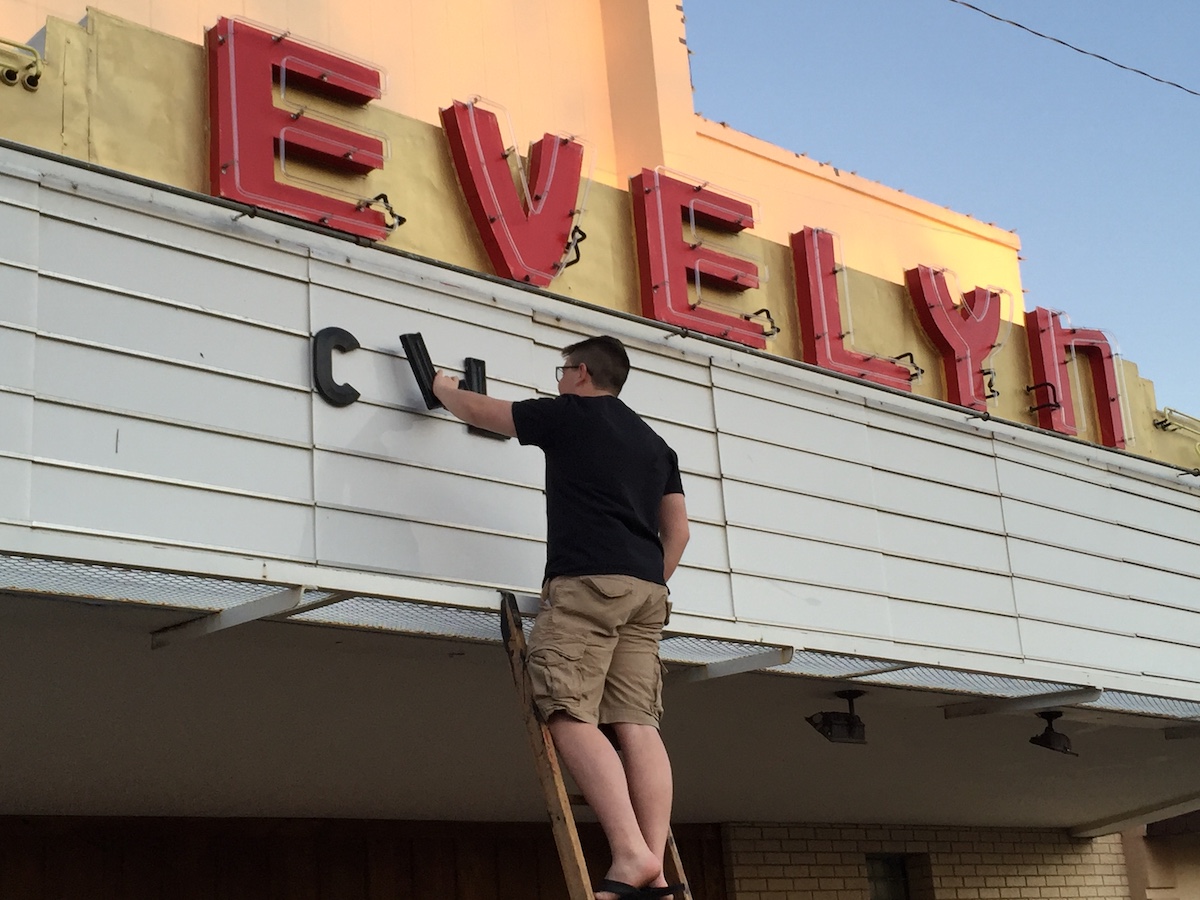 In March of 2020 the entire world was shutting down as the COVID-19 virus began to rapidly spread. Lives were lost, families separated, and life in small town America came to a stand still.

The Evelyn Theatre in Dumas closed it’s doors on March 17, 2020 as local and state health mandates forced theaters across America to shut down. Movie companies also stopped production and pushed pause on all new movie releases.

Evelyn Theatre owner Randy Nies told the Moore County Journal on Saturday “We have been closed for 15 months and have not only missed seeing our customers but have also missed bringing you the best entertainment in town.”

The Evelyn is set to re-open on Friday May 28th at 7:00 p.m. with The Quiet Place Part 2 (PG-13) and Mortal Combat (R). Going forward the theater will be open every evening at 7:00 p.m. and will have one showing nightly on both screens.

Nies began working at the Evelyn Theatre at the young age of 12 when the theater was owned by the Powell family and operated by Marge and Mutt McMurray. He would later purchase the theater in the late 1980’s and has continued to own and operate the Evelyn Theatre for decades. Randy has worked at the Evelyn a total of 52 years and is happy to finally be able to re-open. He asks the community to “come out and let’s team up again! We will be sanitizing the theater after each showing according to CDC guidelines.”

The Evelyn will turn 75 years old on January 1, 2022 and has seen a lot of changes over the years. When Nies worked at the theater as a kid the projectors were called “carbon arc” projectors and required reel changes every 15-20 minutes. In the early 1980’s projectors changed to xenon bulbs and on August 1, 2014 the theater went fully digital. In 2017 the Evelyn was closed down briefly for a major remodel which included new seating and a new sound system. The 15 month COVID shutdown marks the longest stretch for which the theater has ever been closed.

To survive during these changing times the Evelyn Theatre has also begun to host live local events and is booking private parties. In April the Moore County Journal partnered with the Evelyn to bring the first annual Moore Talent Show. The show spotlighted top local talent who all competed for over $1,500 in cash prizes. The show brought the first public event to the theater after COVID-19 and the theater sold out for the one night event. Local singers, musicians, and even dancers auditioned for the show which featured the top ten auditions.

Over the past year the movie industry has pushed the reset button and ditched the old theater distribution channels in favor of streaming movies directly into homes. They also shifted some major feature movie releases into the newer streaming series business model. This has made it hard for small theaters to get access to movies. Some believe this is a way to keep viewers subscribed to newer monthly streaming “plus” services. Disney+ for example, now has plans to release several new streaming series which would have originally been full feature film releases.

Many hometown theaters across the U.S. have not been able to re-open after COVID and have shut down permanently. As major movie companies release more movies onto streaming platforms, small town Americans may find it harder to enjoy the big screen movie experience. Dumas and Moore County are fortunate to have the Evelyn Theatre still operating after all these years.