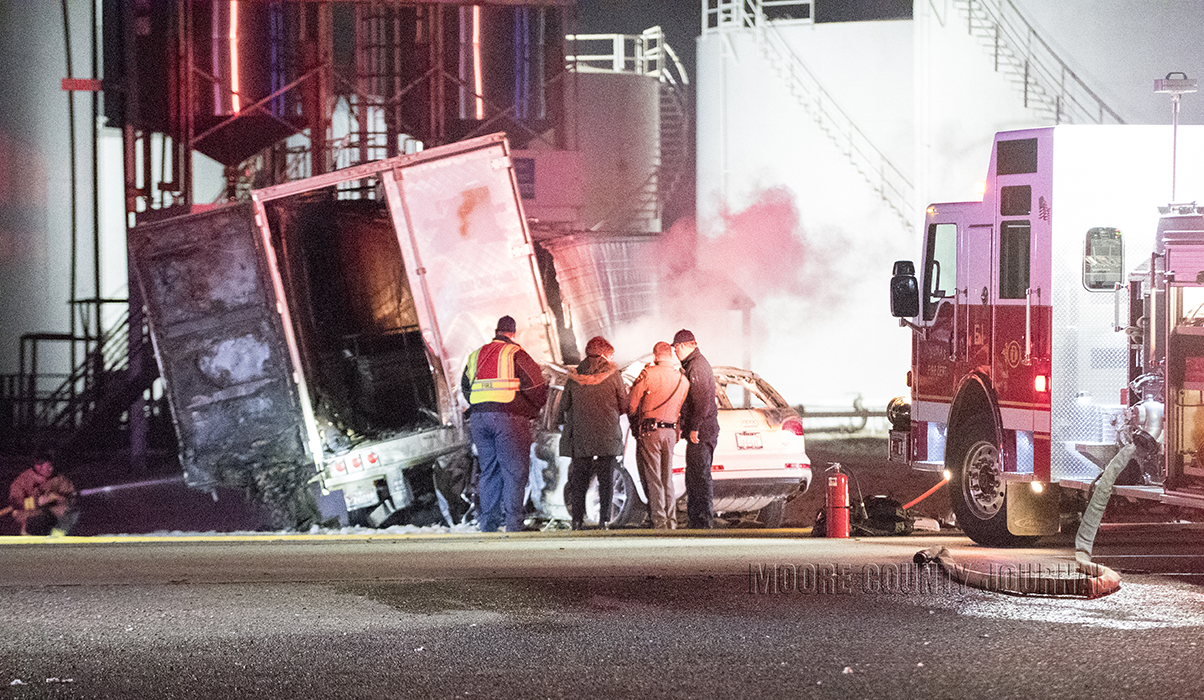 An Etter woman died in a two-vehicle crash Sunday after she collided into a tractor-trailer Sunday, according to Texas DPS.

Rosy Reyes of Etter was driving south at about 6:55 p.m. on Highway 287 behind the tractor-trailer driven by Tracy Brown of Cooper Center, Arkansas. Brown slowed to make a turn onto a private drive, and Reyes failed to control speed and collided into the back of the tractor-trailer, according to the DPS report. The tractor-trailer and Reyes’ car caught fire.

Reyes was pronounced dead at the scene by Justice of the Peace Barbara Mulanax. Brown and his passenger, Lisa Brown, were treated for their injuries and released.

The crash is under investigation, according to the DPS report.