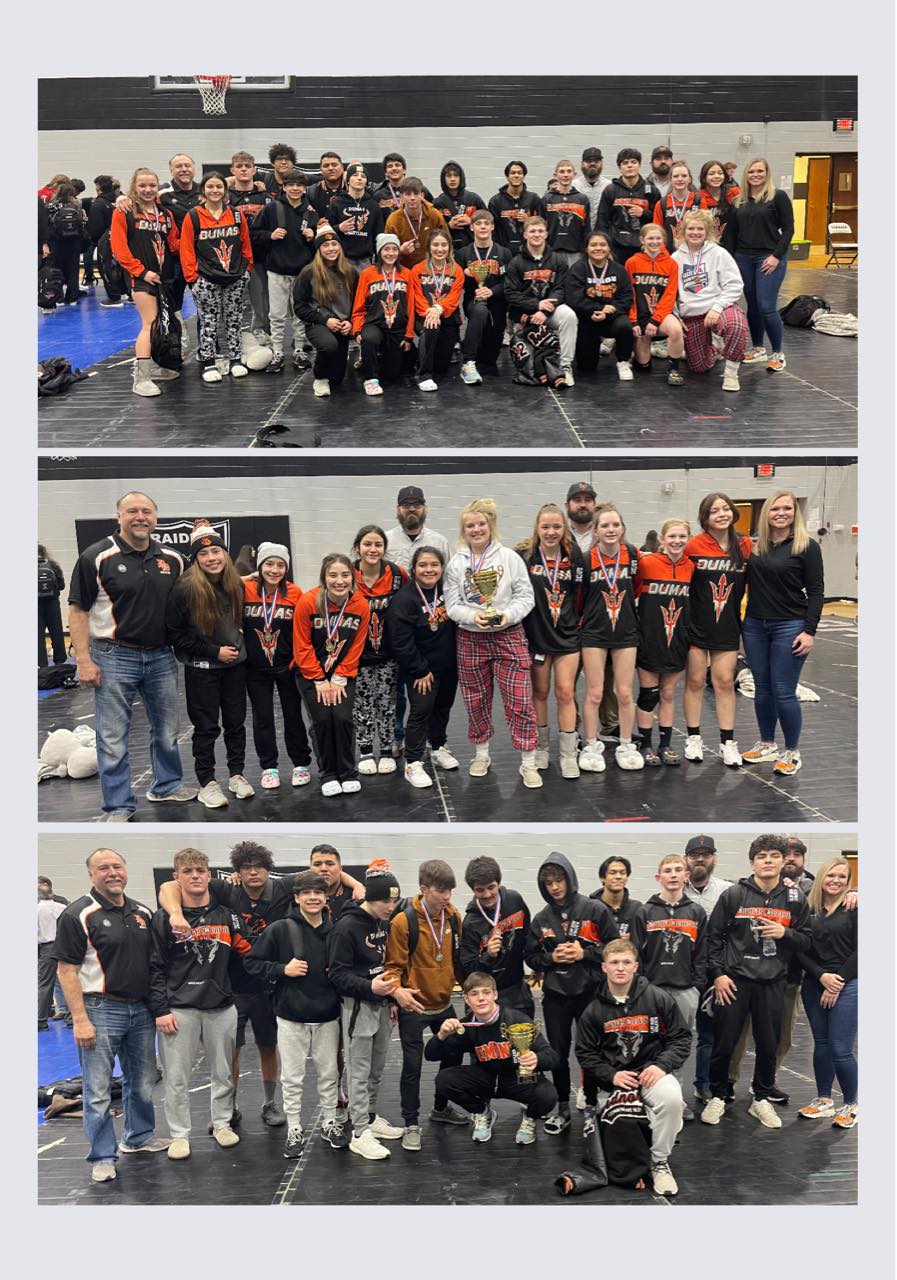 AMARILLO, TX – The Dumas boys and girls swept both championships last Friday at the District 3-5A Wrestling Tournament at Randall High School.

The top four wrestlers from each weight class qualify for the Region I-5A Wrestling Tournament on Friday and Saturday at El Paso Bel Air High School.