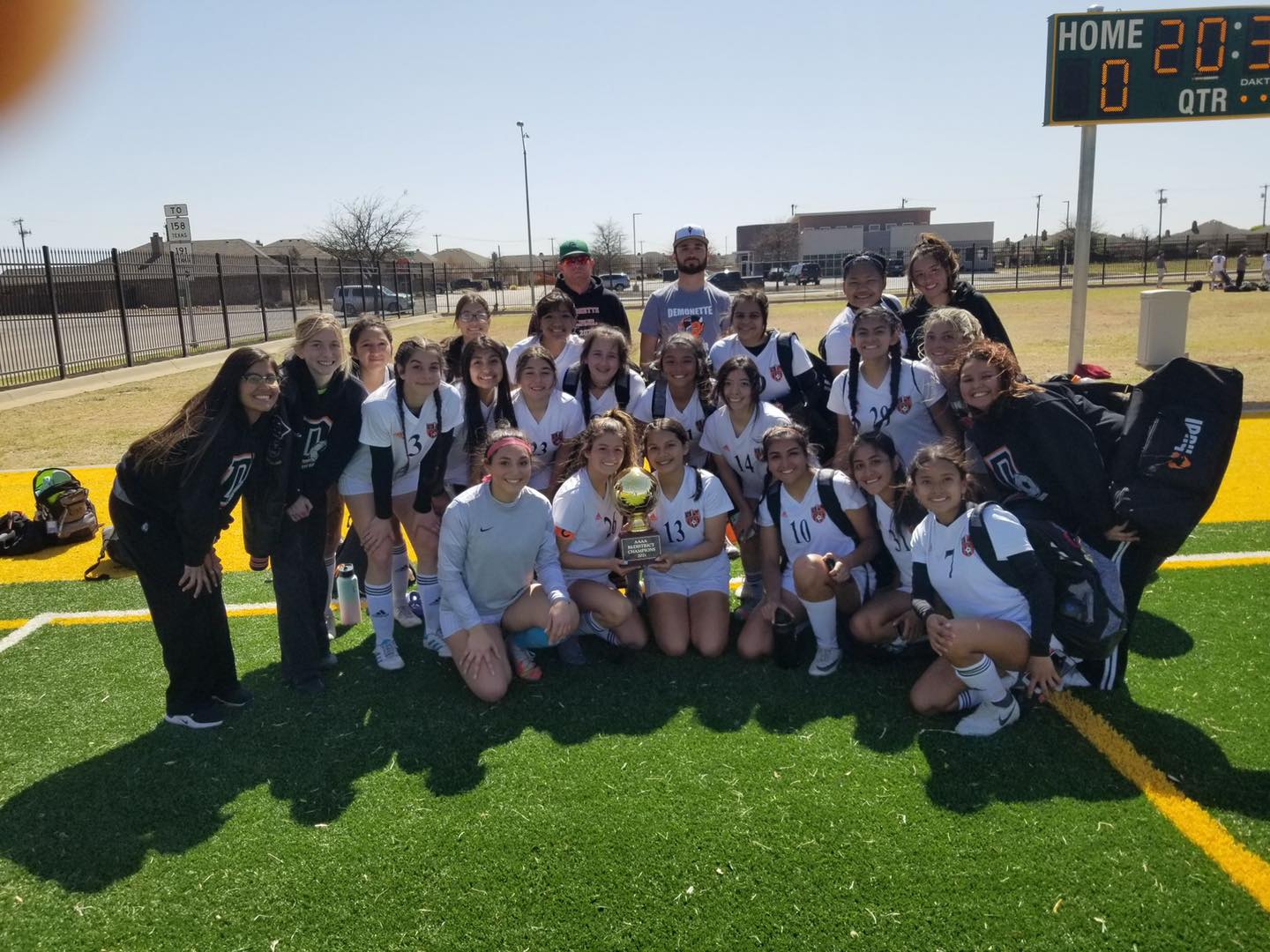 The Demons bring home a gold ball after winning in PK’s after tying 3-3 in extra time against Clint High School.

The Demonettes will bring home a gold ball as well after earning the Bi-District Champion title winning 3-1 over Mountain View.

Both teams traveled to Midland on Thursday and played at Grande Communications Stadium.