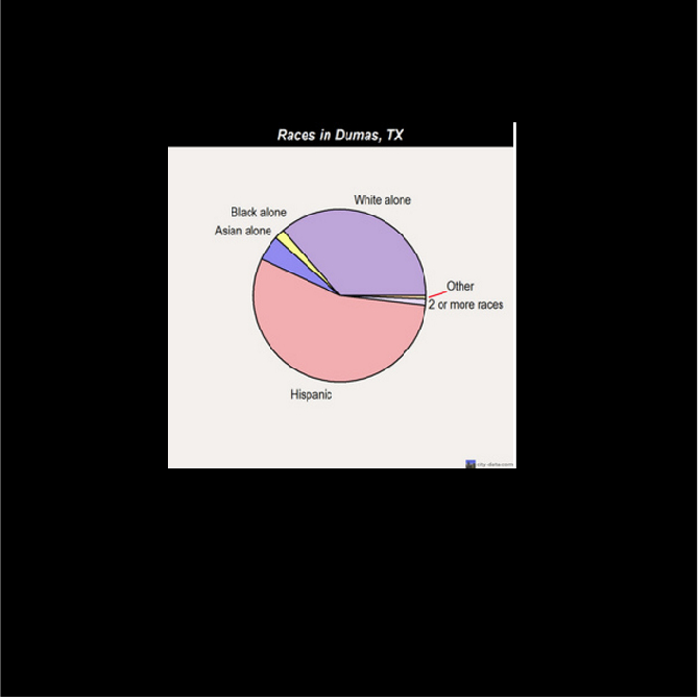 The Dumas Police Department and Moore County Sheriff’s Department work in communities where the majority of the population is comprised of minorities, but neither agency had complaints of racial profiling in 2015, according to annual racial profiling reports submitted to the Texas Commission on Law Enforcement.

Hispanics account for 53.5 percent of Dumas’ population of 14,958 people, reports from city-data.com  show. Caucasians are listed as 36.5 percent, Asians make up 4.7 percent, and blacks are 1.9 percent of the population. Moore County’s breakdown by race is similar: Hispanic, 52.7 percent; Caucasian, 38.2 percent; Asian, 6 percent and blacks, 1.3 percent.

Moore County Sheriff’s Office reported 671 vehicle stops during the same year, with 352 stops on Caucasians, or 1.6 percent of the county’s population. The reports show deputies stopped 263 Hispanics or 1.2 percent of the population.

The Dumas Police Department defines racial profiling as “A law enforcement initiated action based on an individual’s race, ethnicity or national origin rather than on the individual’s behavior or on information identifying the individual as having engaged in a criminal activity.” Chief Jim Nelson said if someone believes they have been subjected to racial profiling, they should file a complaint with the police department, which is then investigated. Racial profiling is illegal in Texas. 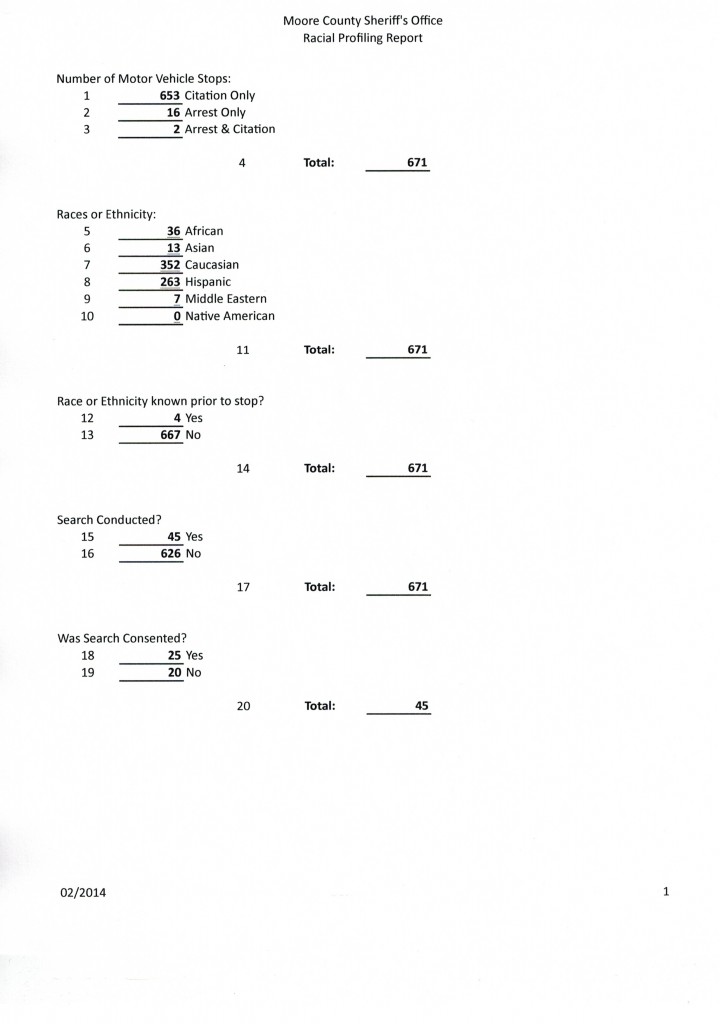 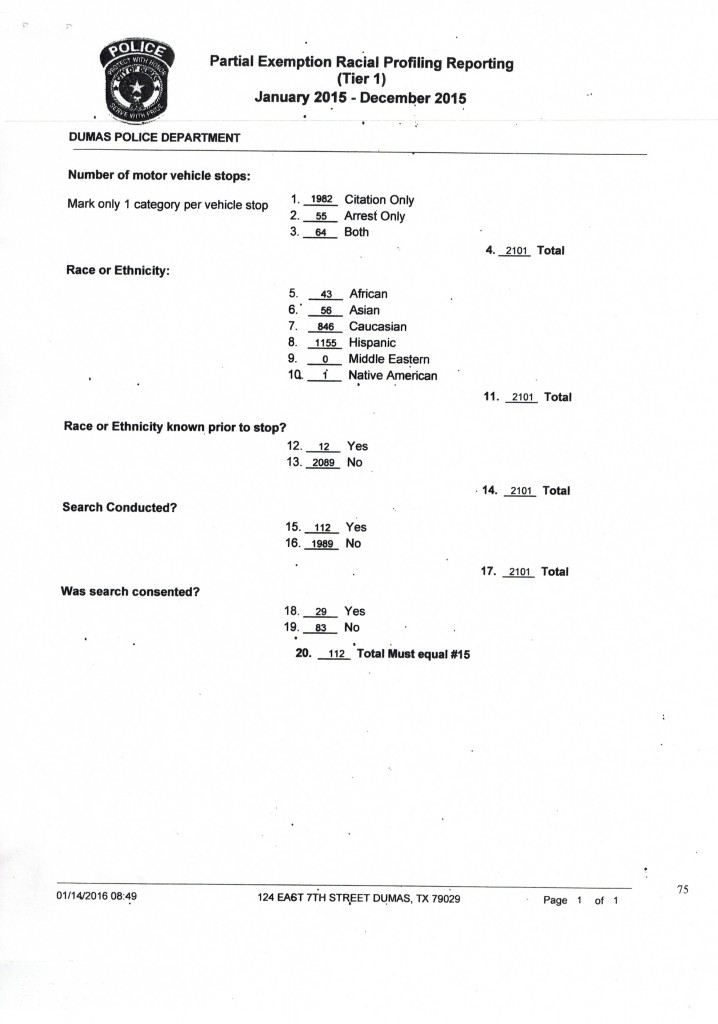