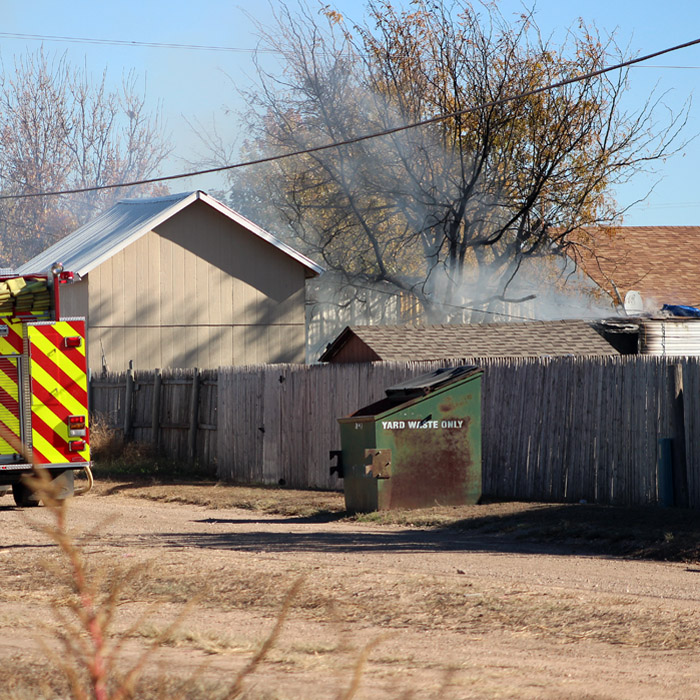 Above: The Dumas Fire Department put out a fire on Thursday in the backyard of a home on Bailey Avenue.

The Dumas Fire Department put out a large fire in the backyard of 1305 Bailey Avenue on Thursday, the Dumas police reported. Police officers were on hand to help with traffic while firefighters put out the fire. An investigation determined a smoldering cigarette possibly caused a camper to catch fire.