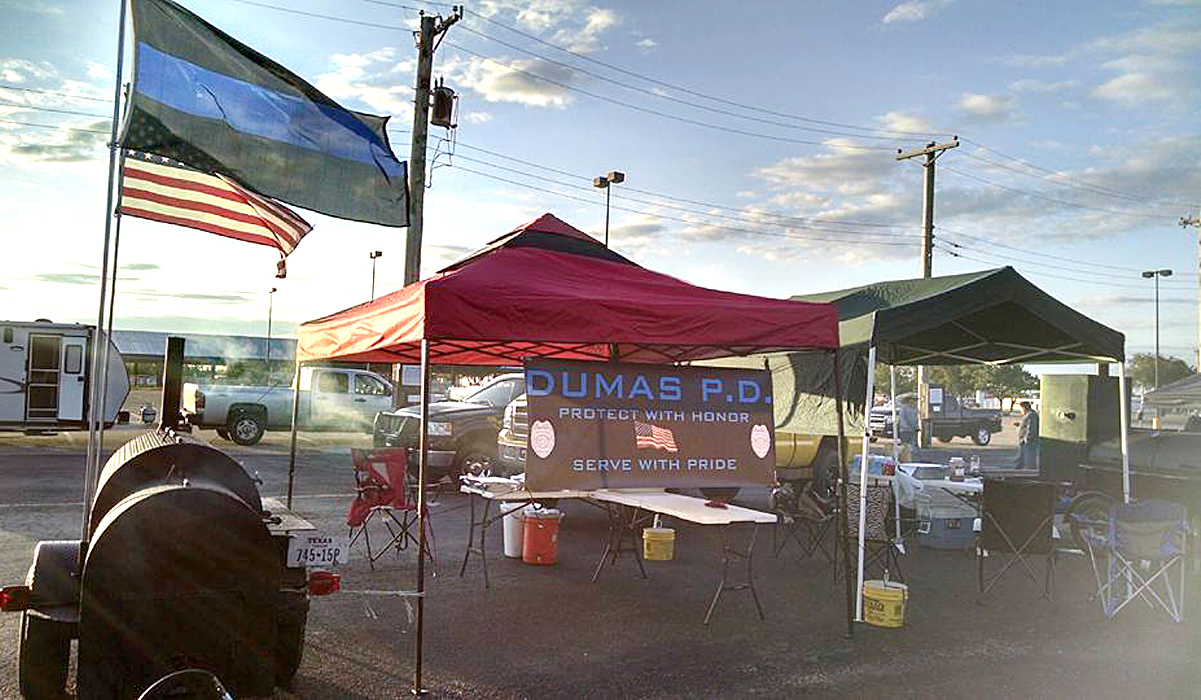 It’s pretty much well known that barbecue people take their stuff seriously, but when a contest is called the Battle of the Badges BBQ Style, you know the heat is turned up. A bunch of law enforcement officials, first responders and firefighters vying for a top finish is bound to get messy.

But even in that tough arena, a team comprised of officers from the Dumas Police Department barbecued their way to a first place award in ribs, Overall Reserve Grand Champion and third place in brisket. Eight teams competed in the contest put on by the Texas Panhandle 100 Club in Amarillo. The club helps certified peace officers and firefighters and their families who are killed or injured in the line of duty. They also offer assistance with life-protecting equipment and educational opportunities.

Dumas Police Officer Fisher, Officer Gray, Cpl. Williams and ACO Carlile teamed up for the barbecue contest, and it was their first year to compete.

The 100 Club supplied the meat, which was served up to the public after the competition.