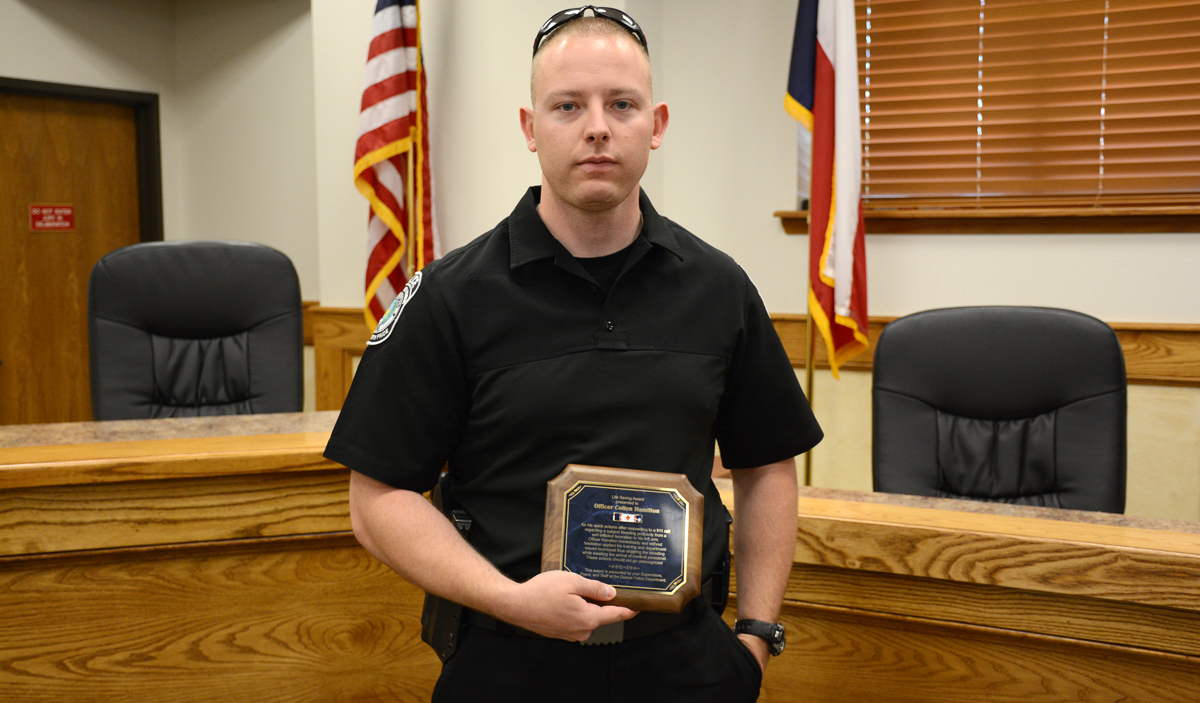 Dumas Police Officer Hamilton received the Life Saving Award on Tuesday for stopping the profuse bleeding of a person with a self-inflicted wound. The distinction is given to officers who perform an exemplary act which directly contributes to saving another human life.

The award recognizes Hamilton “for his quick actions after responding to a 911 call regarding a subject bleeding profusely from a self-inflicted laceration to his left arm. Officer Hamilton immediately and without hesitation applied his training and department issued tourniquet thus stopping the bleeding while awaiting the arrival of medical personnel. These actions should not go unrecognized.”

Chief Nelson presented the award to Hamilton during a small ceremony attended by other police officers.