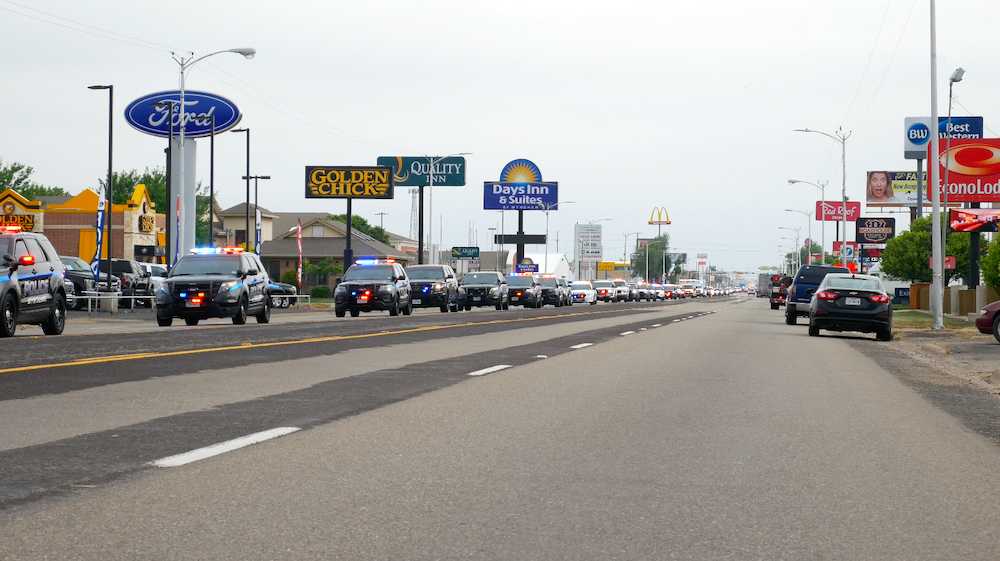 Chief Trejo and family were escorted from Morrison’s Funeral Directors around 9:20 a.m. to the Dumas Police Department before the procession began in order to allow them a few moments at the police department for the last time.

As they made their way south down Dumas Avenue hundreds of area law enforcement units, fire department units, ambulances, and citizen vehicles joined the procession which grew to approximately 3-5 miles long at one point along the journey to Memory Gardens Cemetery in Amarillo where Father Gabriel Garcia, officiated the graveside service.

Along the trip to the Amarillo cemetery, area fire department units were staged on overpasses to salute the chief and his family as they passed by. Several fire departments flew flags on ladder trucks and from overpass bridges in honor of the late Dumas Chief of Police.